How Pehli Si Muhabbat continues to break away from stereotypes

Portrayals of a stepmother, sister-in-law, and the husband, who are often shown in a negative light in Pakistani dramas, are a breath of fresh air 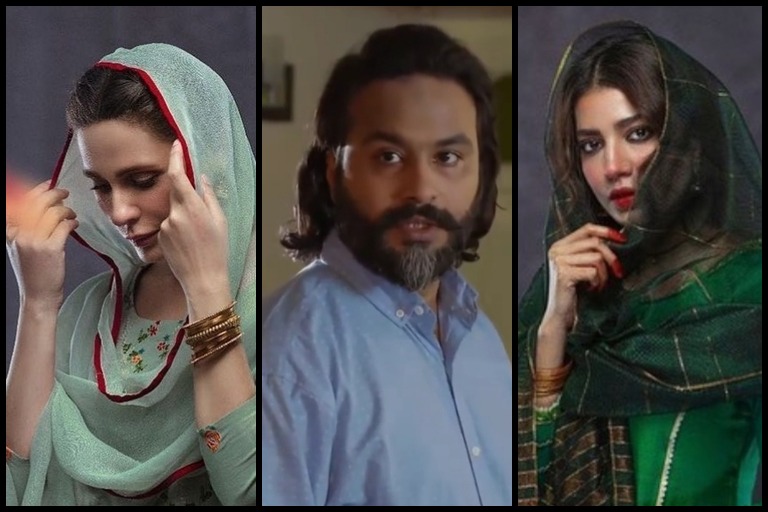 KARACHI: On the surface, Pehli Si Muhabbat is a very typical Pakistani drama with a love story at the heart of it. Star crossed lovers, strict parents and a whole lot of tears and drama are all troupes that our industry has hashed and rehashed over and over again. So, the question is: what sets Pehli Si Muhabbat aside from all the other dramas? Among other things, the answer lies in the portrayal of three major characters who have broken all negative stereotypes that have been attached to their roles. The drama has finally done away with the evil stepmother, the bitter bhabhi and the uncaring husband characters. It has instead showed these three roles in a positive light, which is a breath of fresh air.

We are introduced to Nargis (played by Rabia Butt) in the very first episode of drama serial Pehli Si Muhabbat and we automatically became skeptical of her. Other than the fact that she’s introduced to both viewers and Rakhshi (played by Maya Ali) in the shadiest of manners, we also have become well acquainted with the fact that stepmothers are out to get their stepdaughters. The stepdaughters are considered to be a competition and so the stepmothers will do everything in their powers to land the girls in trouble and/or get them married off to the worst possible proposal that comes their way. But that isn’t the case with Nargis. As Rakhshi soon realizes, Nargis is constantly looking out for her stepdaughter even if it means landing herself in trouble just as any mother would do for her own flesh and blood .

In the initial episodes, when Rakhshi and Aslam’s romance is blooming, Nargis could have easily ratted her stepdaughter out but she doesn’t. Instead, she constantly offers Rakhshi good advice to save her from getting into trouble. She saves Rakhshi from the neighborhood bully, tries to advocate on her behalf against the proposal from Sikandar and continues to give Raskhsi’s father (played by Shabbir Jan) reality checks about how unfair he’s been with his daughter.

Rakhshi and Nargis’s relationship is heartwarming to watch because it’s a pure relationship. No jealousy, no ill feelings, just love and affection.

The bitter, overworked and mistreated bhabhi is yet another stereotype in Pakistani dramas. They’re shown to resent their husband’s siblings and will find every opportunity to complain about them or land them in trouble.

But Pehli Si Muhabbat is a drama that shows the exact opposite. Ishrat (played by Nausheen Shah) isn’t mistreated. Sure her husband (played by HSY) has anger issues but he doesn’t take it out on her. She’s kept in the loop about all that is happening in the house and doesn’t judge anyone for their past or present.

In fact, she’s shown to very tactfully take her sister and brother-in-law Zainab and Aslam’s side when they find themselves cornered. Ishrat proved that sister in laws can be friends when she helped Zainab get her closure with Sikander by helping in arranging the meet-up, no questions asked.

Before anything else, we need to make it clear that by no means we are absolving Murad of his faults. He’s shown to have an anger problem which resulted in his wife getting hurt and his mood swings are hard to keep up with. But at the same time, it feels as though the roles have been reversed in this relationship. It’s not the husband who is emotionally unavailable and it’s not the wife who is left pining for her husband’s attention. Instead it’s Murad who is so desperate for his wife’s love and attention that he’s willing to do whatever keeps her happy.

As his character evolves, we start to believe that he truly does love his wife. From worrying about her health to taking her to her mother’s despite his insecurities, for once it’s the man making the effort for his wife.

Here’s hoping that this break in stereotypes picks up in future storylines that make way to the small screen.

Sheheryar Munawar is on his way to recovery after second surgery

Sheheryar Munawar talks about his return to television