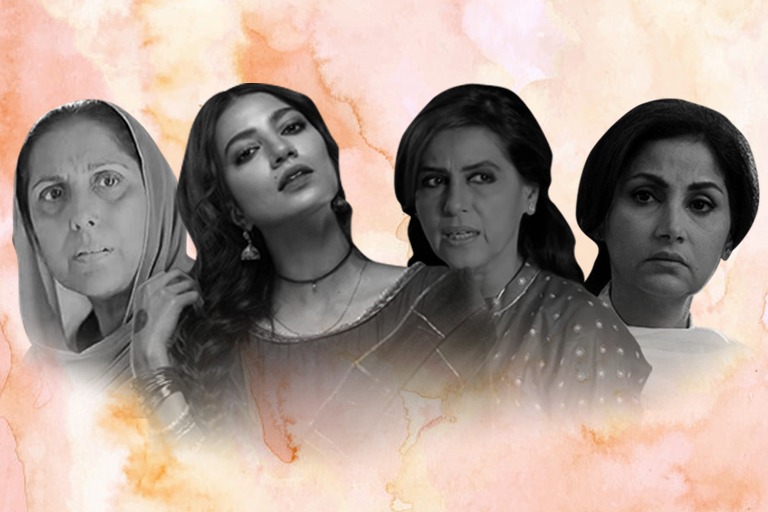 KARACHI: This Mother’s Day we want to take the opportunity to celebrate our favorite on-screen mothers. Usually in Pakistan dramas, mothers are portrayed in a negative light. They’re usually shown to be women who are the least supportive of their daughters, imposing the same unnecessary restrictions that were imposed on them and perpetuating the stereotype that daughters are a burden. Either this, or mothers are shown to be helpless and voiceless. And so to take a break from this unfortunate portrayal of mothers, we decided to celebrate the top 5 on-screen mothers who have been a treat to watch. The mothers who cherished their daughters and supported them through thick and thin. The kind of mothers that every girl wants.

So while we know Nargis isn’t technically Rakhshi’s mother, she proves that being a mother isn’t about sharing the same DNA. Throughout the drama, Nargis puts Rakhshi’s best interests at heart and offers advice and support and a shoulder to cry on. She butts heads with her husband for her daughter’s sake and bears taunts and insults for doing so. Perhaps our favorite scene is when she puts the neighborhood bully who is trying to exploit her daughter in her place. Rafia also breaks away from the popular narrative that paints a ‘sauteli maa’ (stepmother) in a negative light and proves that a mother’s love is the same for all children.

Played by the wonderful Samina Peerzada, Rafia from Zindagi Gulzar Hai is a single mother who was abandoned by her husband on the birth of her third daughter. She lives by the motto that “betiyan bojh hoti nahi hain, unko bana diya jata hai” (Daughters aren’t a burden, they’re made to be one) and thus makes sure that her daughters get the best education and works on ensuring they live a good life. She doesn’t invalidate Kashaf’s disgruntlement with the hand that life has dealt them, but handles her with love and respect. She also does not bow down to her husband’s taunts about her daughters. Rafia is the kind of mother we all need in our lives.

This time, we also have a mother in law on our list! Played by Seemi Pasha, Saman is the mother and mother-in-law that a society like ours needs. The strength of a woman to accept that her child is in the wrong and doesn’t deserve forgiveness is unimaginable and that’s exactly what Saman exhibits in the show. When she learns of her son’s wrongs rather than defending him or convincing her daughter-in-law to forgive him or even blaming her daughter-in-law, she tells her not to forgive her son. What better woman than one who stands with her own gender?

Another role brilliantly executed by Samina Peerzada, beautifully portraying what it is like to be a mother. Despite the fact that Durr-e-Shehwar led a difficult life post marriage and the fact that her husband wasn’t the greatest man to be married to, she made a conscious effort to shield her children from the harsh reality. Her selfless decisions stemmed from the fact that where there was an absence of love in their own relationship, her husband loved their kids beyond imagination and so she didn’t want to taint their relationship. So much so, her daughter began to resent her own husband for not living up to the standard her father had set. Had her daughter’s marriage not been struggling, Durre might have never revealed the truth to her.

Played by Lubna Aslam, Amna is a woman who got the short end of the stick. From a good for nothing husband, a son who wants to cut corners to get rich, a daughter who is struggling being single and another daughter who is intellectually challenged, it seems as though Amna would bend under the weight of the world. But she doesn’t.

Amna isn’t the typical mother. She supports her daughter’s dreams of becoming a doctor and doesn’t criticize her daughter’s decisions, including the friends she has irrespective of their gender. Instead, when taunted about how she’s raised her daughter and what her future might hold, Amna does what every mother should and proudly declares that she has complete trust in her daughter.