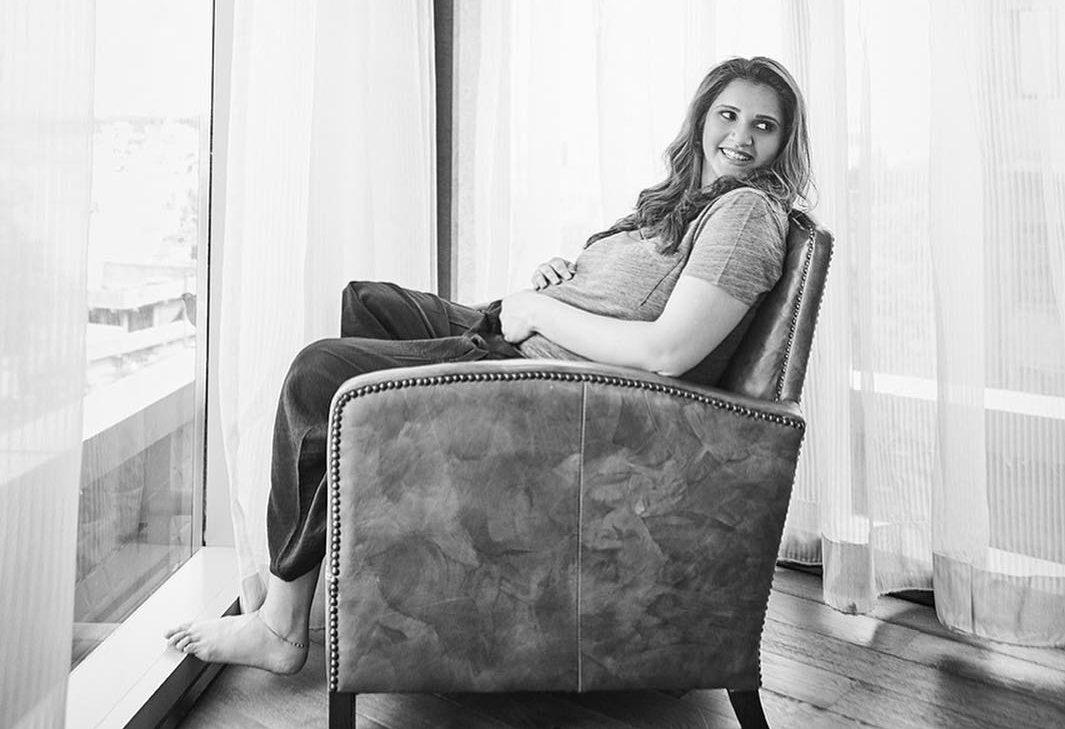 KARACHI: For those of you who’ve been living under a rock, Indian tennis player Sania Mirza and Pakistani cricketer Shoaib Malik are having a baby. And while fans on both sides of the border couldn’t be happier for them, there are some holier-than-thou people who think Mirza shouldn’t be flaunting her baby bump at all.

But Sania Mirza took to Twitter last night and shut down these trolls once and for all. With the utmost sportswoman spirit, of course.

She shared a word of advice with those who have been attacking her on social media, especially men “who think being pregnant means you have to go into hibernation for nine months, sit at home and for some reason be ‘ashamed in this haalat’ (condition)”. In the same tweet, she continued “so when women are pregnant, they don’t have a disease or become untouchable … or become a corpse.”

The international player also talked about how pregnant women are still “NORMAL” human beings and are allowed to live a “normal life”. She ended her statement by asking people to take their heads out of their asses because a mother’s womb is exactly where they came from as well.

Word of advice for ppl(specially since the majority seem to be men) who think being pregnant means you have to go into hibernation for 9 months,sit at home and for some reason be ‘ashamed in this haalat’..So when women are pregnant they don’t have a disease or become untouchable-

Or become a corpse!!! They are still ‘NORMAL’ human beings and are still allowed to live a normal life!! so pls take your heads out of your a** and think where exactly you came from too..your mother’s womb!! #ittakesallkindstomakethisworld #dumidiots too !!

The couple tied the knot in 2010 and have been a favourite ever since.

In April this year, they took to Twitter to announce that a Mirza-Malik baby was on its way and people were super happy for them.

Since the news, Mirza was seen flaunting her baby bump on magazine covers, parties, photoshoots as she should and looked gorgeous while she was at it.

Read: Polycystic Ovary Syndrome and related traumas we struggle to talk about

In the past, Bollywood actor Kareena Kapoor also went on talk shows and walked ramps while she was pregnant.

What can we say, we’re totally behind this trend! And seriously, it’s 2018. Get over yourselves.