Revisiting Zindagi Gulzar Hai: A drama that lives on 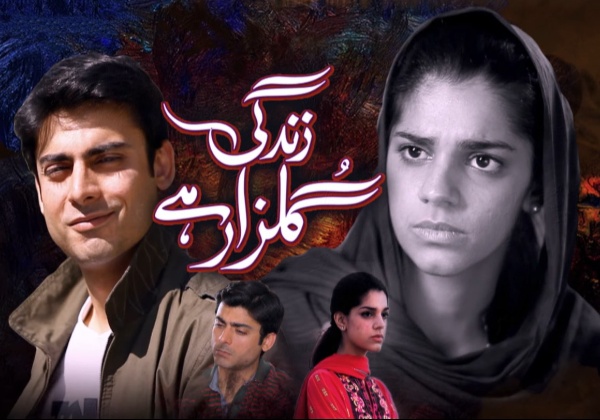 KARACHI: Pakistani dramas seem to have lost direction. Our scripts have been repeating the same narratives using the same actors. A love triangle, helpless women, emotional and physical abuse seem to be the standard recipe for most dramas these days. We are getting tired of watching women get slapped and constantly crying. We no longer want to watch characters shouting at each other. It’s reasons like these we cannot help but rewatch old dramas. The ones which remind us of what our industry is capable of, why Pakistani dramas have been appreciated by international audiences as well. Dramas which stay relevant even years after their release, dramas which are enjoyed by youngsters and the elderly alike. One drama which continues to impress audiences even eight years down the line is Hum TV’s Zindagi Gulzar Hai.

It is no doubt that many admired the play because it starred Fawad Khan and Sanam Saeed in lead roles. But revisiting the drama years later makes its success obvious. Pakistani audiences have not seen a project as simple and powerful as Zindagi Gulzar Hai in a while. Watching it now also reminds us of how progressive the drama actually was, and perhaps even ahead of its time. Saeed plays the role of Kashaf, the eldest of three daughters whose father left their family and married another woman simply because he wanted a son. Kashaf’s father (Waseem Abbas as Murtaza) has played a minimal role in her life and she has been raised by a single parent. She is headstrong, hardworking, intelligent but has a difficult time trusting people, especially men.

When Kashaf begins her MBA, she comes across Zaroon (Fawad Khan). It soon becomes evident that Zaroon and Kashaf are very different. They belong to different social classes, have different lifestyles and very different opinions. In a series of twenty-something episodes, Zaroon and Kashaf end up getting married. But what is truly admirable about the drama is that it is not a love story. Marriage is an important theme in the play but it is not what the show is based upon. Zindagi Gulzar Hai is the story of a woman who recognises her worth. It is the story of a household run by four women who have come to terms with the fact that a knight in shining armour is not going to come to their rescue.

One of the most admirable and strongest characters is that of Kashaf’s mother (Samina Peerzada as Rafiya). She is a single mother of three daughters but never looks at the situation as a misfortune. The family struggles with finances but all four women work and contribute towards the house in any way they can. Rafiya raises her daughters to be self-sufficient and to go after their goals. She also does not allow the father to dictate what their daughters should or should not be doing. In fact, at one point, Murtaza makes Rafiya choose between leaving the house they live in or marrying Kashaf off to a man who does not deserve her. Without a second thought, Rafiya asks her daughters to pack up their belongings and moves out. When was the last time a strong mother was portrayed in any of our dramas, one who knows how to stand her ground without ever being rude? A woman who has accepted the fact that her husband has built a new life without her and so should she? One who does not drown in a pool of self-pity every time a hurdle comes her way?

Kashaf gets her confidence from her mother but is not as optimistic or hopeful as Rafiya is. She often blames her luck and God for their financial and emotional struggles. But neither does she give up nor settle for less than what she deserves. In a turn of events, Kashaf and Zaroon get married but she does not do it for his wealth or because she falls madly in love with him within days. In fact, she voices her concerns before making the decision. When Sir Abrar, their former professor, tries to convince Kashaf to give Zaroon a chance, she asks him why she should do that when men never give women another chance. Even after marrying Zaroon, Kashaf makes it clear that she will not act like a slave in marriage. “Shaadi keh naam pe paun ki jooti wala status main kabhi qubool nahi karungi” she tells her husband.

This is not to say that Kashaf does not care for her husband or needs to scream in order to have a voice. In Kashaf, Zaroon sees his ideal life partner. Which brings us to talk about the male lead in the drama. Perhaps when Zindagi Gulzar Hai initially came out, many of us were star struck by Fawad Khan. But looking back, were we impressed by Khan as an actor and personality or did Zaroon really charm the audiences?

Zaroon depicts the typical Pakistani man who wants to date a girl (or girls) who is liberal, outgoing and modern. But for a wife, he wants a conservative, obedient woman who preferably doesn’t even talk to too many men. Nevermind the fact that Zaroon was a flirt in university who did not want to commit to one girl but his former fiance (Mehreen Raheel as Asmara) dare not mingle with anyone he doesn’t approve of or wear what she likes. At one point, Zaroon even calls Asmara an ‘invitation for harassment’ because she wore a sleeveless dress on campus. However, what is pleasing to note is that Asmara, his sister (Ayesha Omar as Sara) and mother (Hina Khawaja as Ghazala) constantly remind him of his hypocritical nature and double standards. Words like male chauvinist and hypocrite are constantly used for Zaroon’s character. People around him aren’t afraid to call him out when he is wrong.

In fact, when Zaroon wishes to marry Kashaf for her morals and values, Sir Abrar reminds him, “tumhari values woh nahi hain jo Kashaf apne partner main dekhna chahti hai” (Your values aren’t what Kashaf wants in her partner). For once, it is a man’s character which is questioned.

We could go on and on about why Zindagi Gulzar Hai remains one of the best dramas our industry has produced lately. It has strong female characters, it realizes that men can be wrong, it teaches people to move on from toxic relationships. Moreover, the storyline allows for no violence. The dialogues are so powerful that they do not need to be screamed, as opposed to the physical and verbal violence that our audiences have lately gotten used to. Most importantly, Zindagi Gulzar Hai is a story of self-love and finding oneself.

If we speak of current dramas, Prem Gali is perhaps one recent project that portrays women in powerful roles and challenges popular narratives surrounding marriage and parenthood. Other than that, where is our drama industry headed? Where are the writers and directors who created masterpieces like Zindagi Gulzar Hai? Where are the audiences who demand better narratives than the ones we currently see?