Producing, acting and directing: In conversation with Usman Mukhtar 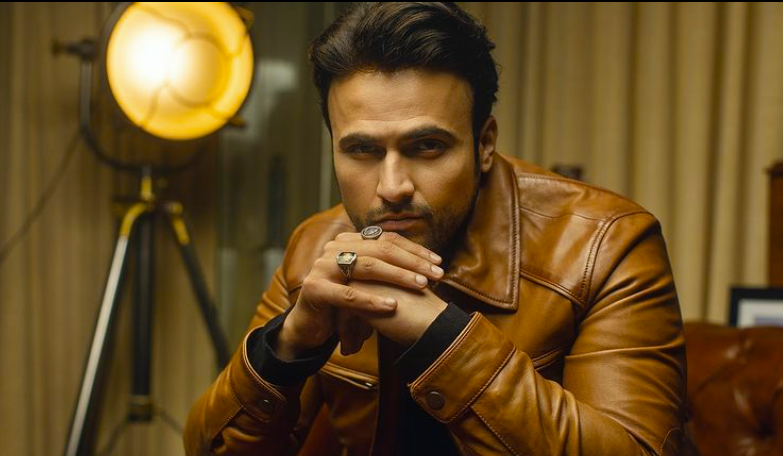 KARACHI: What is there to not love about Usman Mukhtar? He’s funny, he’s an incredible actor and is also a talented filmmaker. Between acting and directing, the Hum Kahan Kay Sachay Thay star launched his new project, a production house called Eastern Terrestrial Studios with its first short film Gulabo Rani on its way to being released. Cutacut had a chance to talk to Usman Mukhtar about his future plans and details on his new projects.

As talented as Usman Mukhtar is, he only takes on a limited number of new projects. He was able to win over audiences as Aswad in Hum Kahan Kay Sachay Thay and so naturally, fans wanted to see more of him on screen. When asked about when one could expect to see him back on the small screen and what kind of new projects and scripts he was willing to take on, Mukhtar revealed that while he was reading a lot of scripts, “Honestly speaking, I haven’t found the right one. It is very difficult to be able to select a script mainly because the scripts that I am reading are very similar. They all have protagonists who are not very protagonist like, which surprises me. But yes, I am reading a few scripts so let’s see what happens.”

On a chance at the big screen

If nothing on the small screen is appealing Usman Mukhtar, is it possible that his new projects might include acting for the big screen? Or even directing or producing a feature film? He revealed, “I would love to direct a feature film, for sure. And we are currently in the process of getting a few scripts to look into, so let’s see. I don’t think it will happen in the immediate future, it will take some time. But I have also wrapped up two films in the last year and a half and I cannot wait for them to come out.” The two films he is referring to are Umro Ayyar and the other being Chikar which has been directed by Zaheer Uddin.

There has been a considerable amount of hype surrounding the new movie Umro Ayyar and fans are excited to see what is in store for them. And so we asked Usman Mukhtar about the much awaited film and when we can expect it to release. Much to our excitement he revealed that “Umro Ayyar is probably going to release soon. If not this year, then in the next, for sure. The movie is a passion project for all of us and is a very ambitious movie. It is one of its kind, the kind of movie that has never been done in Pakistan before.” What makes the movie so different? “It has a lot of visual effects which is what is taking up so much time. But honestly, we can’t wait for everybody to see the movie. I think everybody will get to to see the teaser very soon.”

One of his new exciting projects is the launch of the production house Eastern Terrestrial Studios which is a joint venture by Usman Mukhtar and Meiraj Haq. With success as a director and an actor, what can people expect from this new venture? And what made the duo believe that now was the right time to launch the project? The actor said, “People should expect very different kind of content coming out of Eastern Terrestrial Studios. We did not want to do the typical stuff that we are accustomed to seeing, instead we wanted to experiment. The idea is to make different kinds of content and that is why, for our first project we chose a horror short film, because horror is not something that is done in Pakistan. We generally rely on romantic comedies as a failproof genre and so we took the risk and experimented with a different genre altogether.”

Talking about the new horror movie, Usman Mukhtar revealed, “It is inspired by true events. It is about an incident that I heard about back in the early 2000s and it stuck with me. It has been something I’ve been wanting to make for a while now and we finally got that opportunity to make it happen.” He did add though, “It is definitely not your typical horror movie that you see in Pakistan. It is a different kind of take and so I cannot wait for everybody to watch the film!”

On working with new talent

One of the main aims for his new production house was to allow for young and fresh talent to be given a platform to showcase their art. But we could not help but wonder if he felt concerned about a possible risk that might rise from working with new artists as opposed to kicking off with more prominent names? The actor revealed that, “Obviously having seasoned actors is a great thing and so if we have a project that requires seasoned actors, it is not like we aren’t going to bring them onboard. We will include them in our productions because we want to make good content and don’t want to compromise on quality.” However, he did add, “I believe there is so much unexplored talent in Pakistan, there are such great theatre actors who don’t get opportunities and so they deserve a chance too.” So, how will ET Studios strike a balance? “We want good performances in our projects and that is why we’ll be very strict with the casting process.”

With so many new projects in the works, we cannot wait to see the magic that Usman Mukhtar will bring to our screens!

Comment: It’s unethical for psychiatrists to have romantic relationships with patients