The teaser, with its sinister tune and strange imagery, hints at a new movie genre. 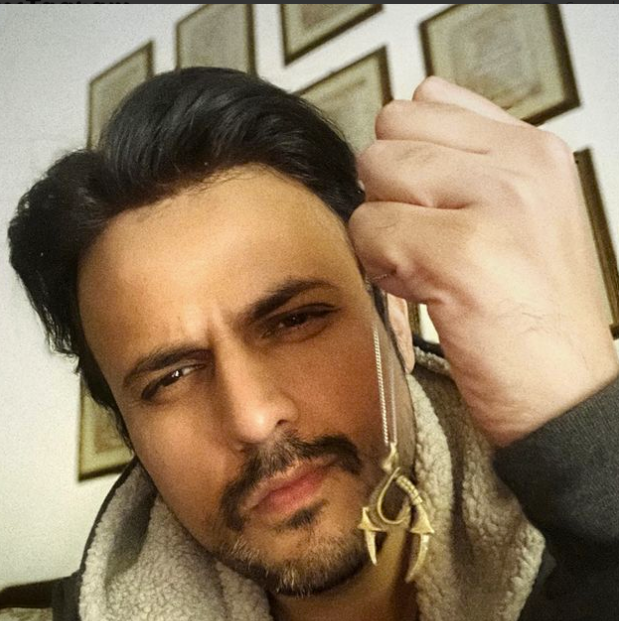 KARACHI: Over the past few days, between terrible trailers for movies we’re definitely not looking forward to, there’s something else that’s been flooding our news feeds. Various celebrities shared a vague post which showed an amulet and a note asking “tayyar ho? (Are you ready?).”  With no explanation, the posts piqued our interest and left us wondering what could possibly be brewing in the background. It seems that we finally have our answer, courtesy Usman Mukhtar, who shared a teaser for his new project, the upcoming movie called Umro Ayyar.

Alongside the teaser, Mukhtar shared a caption hinting at a new genre for the movie. He wrote, “Of a magical land and evil jinns, of ancient lore and fights within, of modern visions and tales of glory! Tayyar ho for this epic story? See you in cinemas in 2022.” That’s not all that the actor shared. Usman Mukhtar, in his new project, will be sharing the screen alongside an exciting cast which includes Sanam Saeed, Ali Kazmi, Adnan Siddiqui and Simi Raheal.

Earlier this year, in an interview with Cutacut, Usman Mukhtar had hinted towards the fact that he wanted to try his hand at introducing the horror movie genre to Pakistani audiences and perhaps this new movie project will be exactly what audiences need. With cinemas finally opening and movies coming out, we can’t help but feel a slight bit of dissappointment with the trailers of the upcoming movies. The same old plots, terrible dances, and cringe worthy jokes have stopped making for good cinema. Here’s to hoping Umro Ayyar  won’t be a let down.