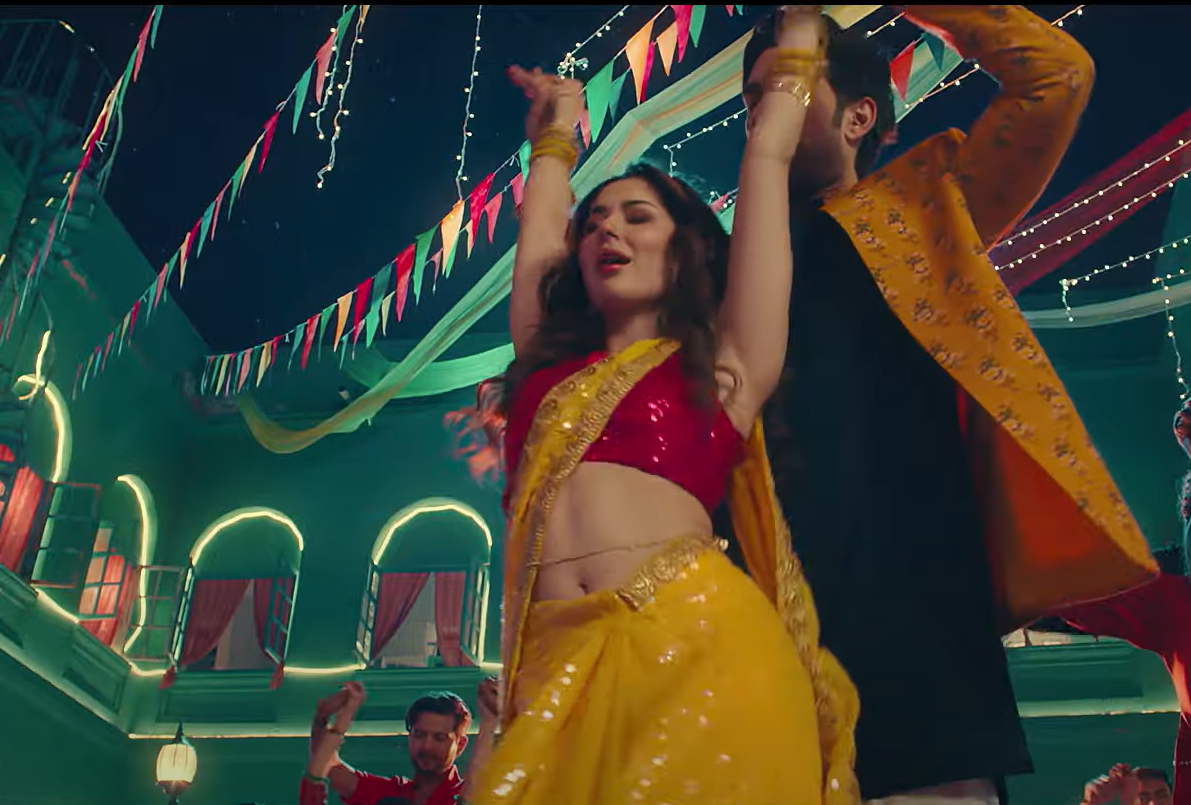 KARACHI: With Khel Khel Mein set to release this week and Kahay Dil Jidhar coming out next month, another movie to have released its teaser is Wajahat Rauf’s Parde Mein Rehne Do. Only this time, we wish the team had kept the curtains drawn. The one-minute teaser not only gives away most of the plot, it is also bound to make viewers feel all kinds of uncomfortable.

The teaser opens with a baraat scene where the groom sits on a horse while his friends and family dance away to the beat of trumpets and dhol. Out of nowhere, Javed Sheikh shows up in the balcony across the wedding venue to joke about a sex tape which is not only out of place but also inappropriate. Next thing we know, the clip jumps to shots of Hania Aamir smiling to herself in a jeep and running across the beach while Ali Rehman has clearly just woken up from a nap. The two characters can then be seen celebrating their anniversary. Confusing, right? And to think that this is only half of the teaser.

Even if one manages to ignore shots of Hania Aamir acting like a kid in a candy store while sitting inside a shopping cart, the teaser has no connection between its scenes at all. It’s almost as if Aamir’s excitement is directly proportional to the level of confusion experienced by the viewers. After the producers of the film are introduced, the pace of the music changes and what we see on screen are the two lead actors struggling to perfect the terribly choreographed dance number. As if Ali Rehman’s yellow sherwani was not distracting enough, the poor guy also has Hania Aamir dry humping him in an even more vibrant yellow and pink saari and…sneakers?

Aamir clearly looks out of her element in the Deepika-inspired blouse as she switches between dance steps which require her to skip like a five-year-old in one moment and seduce her costar in the next. The remaining of the teaser has little new to offer as it hints towards the age-old narrative of two lovers being separated by circumstances and then finding their way back to each other.

The film creators should have probably listened to the lyricist when they said “parde mein rehne day jo hai chupa” (keep the curtains drawn on what is hidden) because honestly, we don’t know who would have the courage or the patience to sit through this train wreck.