Strong performances and an ode to Karachi, Kamal Khan's debut film hits all the right notes 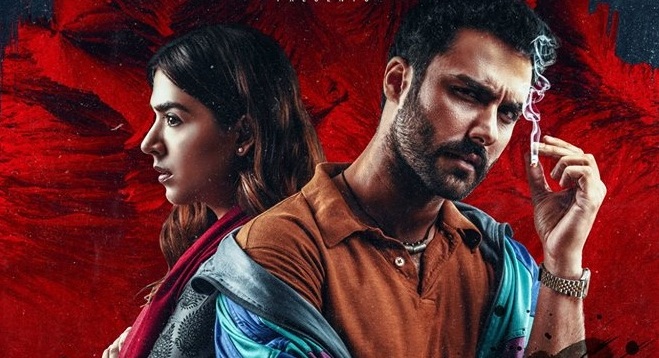 KARACHI: It has been a few a days since Laal Kabootar premiered in Nueplex and we’ve heard pretty much everything we wanted to hear about the film by now. So far, the film has generated excitement and buzz like no other film has done in recent times. Even before the reviews started pouring in, those who attended the Karachi premiere knew that the film had touched the right chords. When I ran into a peer from the industry and asked him what he thought of the film, he answered giddily, “Yaar I’m so excited after seeing this film!”

This was the general atmosphere after the premiere had ended. When music video director Kamal Khan walked out of the cinema once his debut film had ended, the applause was thunderous. People (myself included) had stayed back to make sure they got a glimpse of the director and were able to express their uncontained joy to him and his extremely talented cast and crew.

If we’re being honest, the plot itself isn’t that unique. A woman (played by Mansha Pasha) sets out to seek revenge and is aided by a small-time criminal (played by Ahmed Ali). It’s a crime thriller so lots of action, cops, gangsters, and bloodshed is to be expected. So, why is everyone losing it over this film? In no particular order, here’s why we think the film stands out:

1. The film doesn’t unnecessarily glamourise or romanticise Karachi or its problems

You won’t see a ridiculously sophisticated man driving a rickshaw, dressed in designer clothes (as one can see in Dekh Magar Pyaar Se) or beautiful balconies with singing and dancing girls (as seen in Na Maloom Afraad). What you’ll see is a cop stripping a man down and mercilessly slapping his ass during questioning. You’ll see Ali sitting down and showering in a cramped and dirty bathroom, using a balti (bucket). Some shots will make you uncomfortable, but they are accurate to the core.

Read: Watch: From Rio to Lyari

For the first time in a really long time, a film does not have a single weak link when it comes to actors. Ali and Pasha have always been known for their acting skills but finally had room to spread their wings. Ali is extremely believable as a sarak chaap launda who dreams of escaping to Dubai. Pasha is eerily strong and calm in the face of a crisis. Saleem Mairaj is haunting as the antagonist and Rashid Farooqi is the perfect combination of good and evil in this film. He reminds us that no one is simply black or white.

Believe us when we say that you will be sitting on the edge of your seat the entire film, especially the last half hour. The plot is being driven by ambitions of several people and as their ambitions change, so does the direction of the plot. Laal Kabootar is one of the only films in the last decade that does not have a predictable ending

I think we’re all sick of love stories, especially because they’re so shallow when depicted on the big screen in Pakistan. Even an air force film, such as Parwaz Hai Junoon, ultimately pivots around a love story. Life in Karachi is bigger than people meeting and falling in love. In fact, there is barely any room for love in a country where the justice system doesn’t work, the media is silenced and forced into censorship and the poor cannot even dream of enjoying basic human rights.

5. The music is perfect!

And we’re adding an exclamation mark here because we understand that it makes us sound excited. The title track, Laal Kabootar, sung by Zoe Viccaji and Taha Malik, sets the stage right at the beginning.

Laal Kabootar is a worthy film. It could rival any Bollywood flick if people gave it a chance.