Is Khel Khel Mein a risk worth taking?

With a young cast and an unpopular narrative at hand, the trailer looks promising but can it steer clear from controversy? 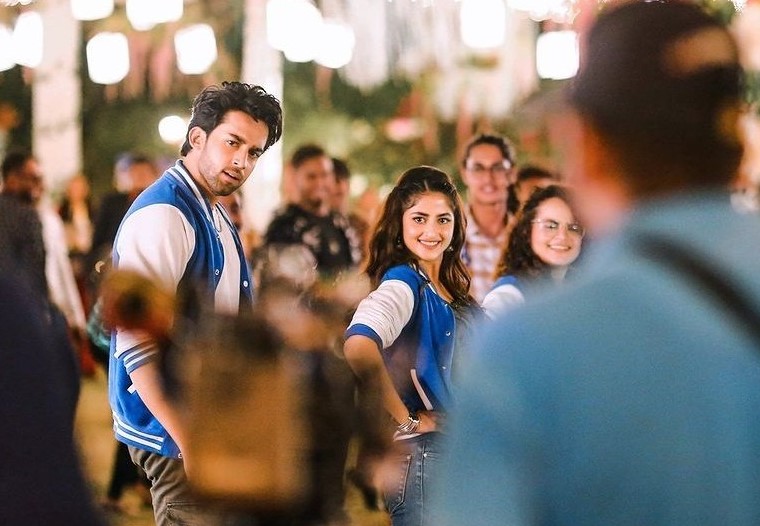 KARACHI: The first Lollywood film to come out since the pandemic, Khel Khel Mein released its official trailer on November 8. Prior to the release of the trailer, the film also released one of its songs, ‘Nayi Soch’. The song has a celebratory feel to it and comes as a breath of fresh air as viewers are able to point out a bunch of new faces as compared to the handful of actors we are used to seeing on the big screen. Sajal Aly and Bilal Abbas Khan fit in well with the young crowd and even do a decent job at the choreography. The title of the track hints towards changing the narrative and stepping forward with a new mindset, a goal that the film itself aims to achieve. Khel Khel Mein not only has a young cast, but it also explores a topic that is less talked about in Pakistan: The fall of Dhaka in 1971.

“It’s a different film,” writer-director Nabeel Qureshi shared with Cutacut at the launch event in Karachi. “Films like these have not been made in Pakistan at all. It’s a different genre and once we released the teaser, the kind of response that we got after that is overwhelming. We were a little scared, even for me as a director, this was a new experience and a different genre but people have been appreciating the fact that it’s different.”

Amongst other team members present at the launch event at Beach Luxury Hotel were lead actors Sajal Aly and Bilal Abbas Khan, and producer Fizza Ali Meerza. “I signed this film because I’ve always wanted to work with Nabeel Qureshi,” Sajal Aly shared when host for the evening Zhalay Sarhadi asked her about her role in the film. “An actor’s thirst comes from their characters, so once again, my character is very different. It’s something unusual which is what I wanted from my character in a film, so of course, I am happy.”

Sarhadi went on to ask Bilal Abbas Khan if his character was a typical chocolate-hero or someone with more depth, to which Khan replied that it’s rather simple. “I haven’t worked very hard for this character, I’ve only eaten food and enjoyed myself,” joked the actor. “The concept of the film is its USP (unique selling point) otherwise my character wants to be an actor, I also wanted to be an actor, so it’s very relatable.”

While the lead actors could not share too many details of their characters, the trailer of Khel Khel Mein gives more insight into the storyline and the characters. Sajal Aly and Bilal Abbas Khan play the roles of Zara and Saad, two students who, together with their batchmates, are set to participate in a play competition in Bangladesh. The topic that they choose for their performance is a rather unique and risky one as they plan on narrating the war of 1971 and how Pakistan lost the war. Of course, other characters in the film seem unconvinced, a feeling that might be mirrored by audiences in theatres as well.

Some might even say that the film reminds them of Bollywood’s Rang De Basanti since the Aamir Khan-starrer, too, featured a bunch of college students revisiting the subcontinent’s history. The switch between the past and the present and the presence of enthusiastic individuals who are adamant on changing the narrative with their courage is also an aspect explored by the Bollywood film. “I don’t think it’s a bad comparison, Rang De Basanti was a very good film so it’s a good comparison,” commented Nabeel Qureshi. “But this is not the first time, all of my films are compared to one thing or another. We are used to drawing comparisons, but once people watch the film, they can decide.”

Khel Khel Mein is set to hit theatres on November 19.