Comment: It’s unethical for psychiatrists to have romantic relationships with patients

With reference to drama serial Sabaat, we spoke to psychiatrists who said that they “are not allowed to date or become friends with patients” 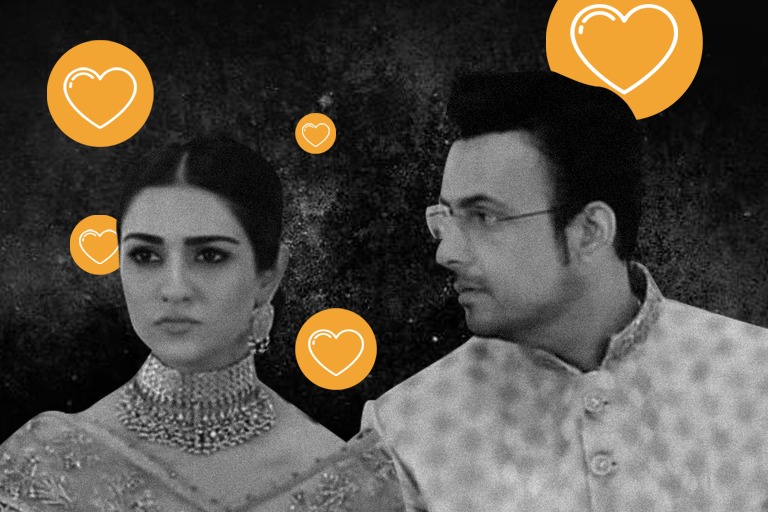 KARACHI: One character that is catching viewers’ attention in ongoing drama serial Sabaat is that of Miraal. And, the newly-wed Sarah Khan is pulling it off really well. As far as the story goes, Miraal is headstrong, rude and wants to dominate almost everyone around her. When things get out of control, she decides to visit a psychiatrist named Dr Harris. As she opens up to him, the psychiatrist falls in love with Miraal and proposes her for marriage. The two tie the knot but lack understanding. We will come this later. But the real question is, is it ethical for a psychiatrist to build a romantic relationship with his patient?

As the drama progressed and Dr Harris married Miraal, some viewers questioned if it was ethical. It stirred a bit of controversy too. In a society where talking about mental health issues is a taboo, this could further discourage people from consulting a psychiatrist. The relationship between a psychiatrist and his patient is a sensitive one and it needs to be tackled well.

We got in touch with Dr Faisal Mamsa, a psychiatrist, to get some information on the subject. He informed that internationally, it is unethical. “The doctor’s license is taken over and their practice is cancelled,” he explained. “It is a very sensitive situation and any relationship between a psychiatrist and his patient outside the clinic is strictly prohibited. However, the doctor can visit a patient at home if the latter is unable to appear at the clinic. But that too, in the presence of third person. Or else, there are high chances of abuse and allegations given the nature of the relationship.”

“We are not allowed to date or become friends with our patients,” he further told Cutacut. “However, there is a condition that we can be friends with them after four years of not seeing them but not while we are treating them.”

Dr Faisal Mamsa also mentioned Shah Rukh Khan and Alia Bhatt starrer Bollywood film, Dear Zindagi. Shah Rukh Khan played the role of Alia Bhatt’s therapist and used to meet him outside his workspace too. They once met a beach and then also went cycling together. Dr Faisal reiterated that even that is not allowed.

However, the story of the film didn’t veer towards the psychiatrist and patient ending up together, unlike what one would expect of a typical Bollywood movie. It is important to note that once the sessions concluded, the patient expressed her desire to extend the association to their personal lives. However, the doctor refused and let go of the patient after she was strong enough to deal with her issues.

#Repost @redchilliesent with @repostapp ・・・ Be it people or jokes, they can all be repaired. Or recycled. New teaser out. #DearZindagiTake2: Always Recycle : http://bit.ly/DearZindagiTake2AlwaysRecycle @iamsrk @aliaabhatt @karanjohar @dharmamovies #gaurishinde

According to Dr Uzma Ambreen, psychiatrist at the Recovery House, Caravan of Life Trust, there is no law against this in Pakistan. “In most western countries, it is not illegal, per se, but is considered highly unethical. In the US, each state has a licensing board, and such psychiatrists, if reported, can have their licenses revoked. The American Psychiatric Association has clear guidelines about any kind of close relationship between psychiatrist and patient. At least 2 years should have passed since the end of their therapeutic relationship, if they wish to have any social relationship. However, most psychiatrists follow the rule: “Once a patient, always a patient.”

When asked specifically about Pakistan, she revealed that there is a relatively new provincial mental health authority to which any misconduct can be reported. However, that is likely to apply to gross abuse or negligence. And not to such “boundary violations”. Even if any abuse is reported, I am not sure they can really do anything about it.”

Coming back to drama serial Sabaat and moving on from the fact that the start of their relationship was problematic, there is another issue one sees in the relationship between Dr Harris and Miraal. Ever since the two got married, there is not even a single moment of joy in their lives. We wonder if Dr Harris, brilliantly played by Usman Mukhtar, rushed into the marriage without giving it much thought? He did not really address Miraal’s issue first. The conflict within her mind that led her to him still exists and it is reflected in their relationship as well. She doesn’t let go of things easily and is insecure of other female patients who visit her husband now.

Dr Harris, on the other hand, lies to her about leaving his job. Also, he is not as keen to listen to her as he was as her doctor. Given that he is a psychiatrist, the track is not justifiable.

Let’s wait and see how their relationship proceeds in the coming episodes.