Exclusive: One on one with HSY 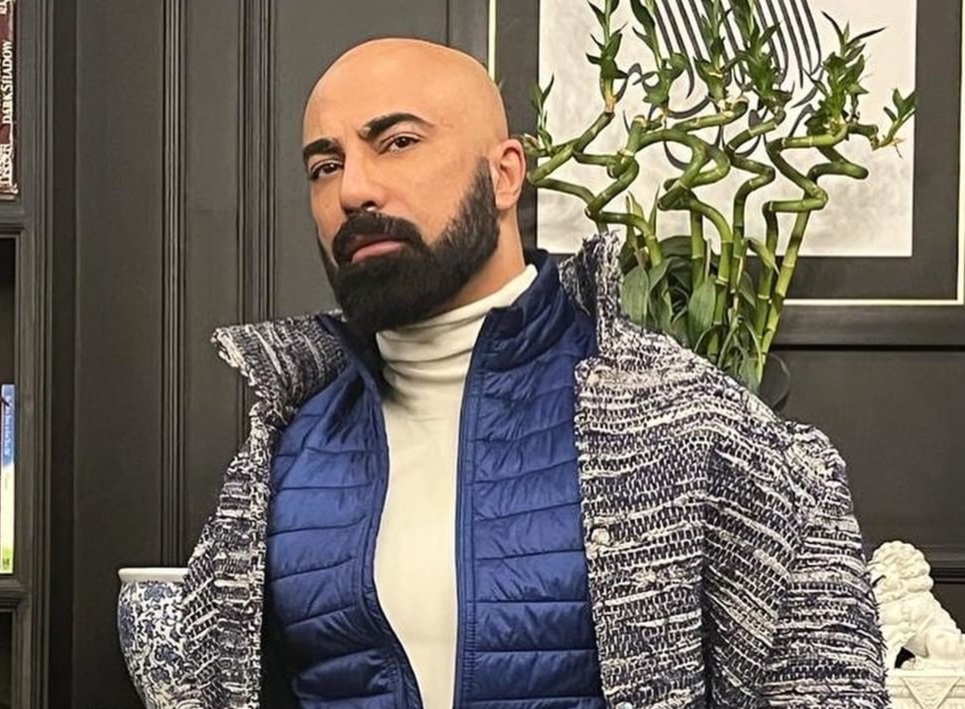 KARACHI: Hassan Sheheryar Yasin, better known as HSY, is no stranger to the limelight. The designer-turned-actor has been in the fashion industry since the early 2000s and has quite an impressive list of accomplishments to his name. From teaming up with NOWDP and Kashf Foundation for sustainable fashion to venturing into acting, he has his hands full. He recently sat down with Cutacut and gave inclusive insights into what his plans for the future are. From an aspiring designer to acting in a movie, to creating modest fashion, here’s all that we learnt about HSY.

HSY calls the story of how he became a designer a “very simple” one. He revealed that he paid his own way through fashion school by working four jobs at a time. But despite graduating top of his class, “No one was willing to hire me. They either didn’t want to hire a guy or because I was already a choreographer, they didn’t want to hire me.”

With just Rs.25,000 to his name, the aspiring designer went out and spent a bit of that money to buy a sewing machine, hire a tailor and buy threads. His entire set up was on his bed frame with the mattress removed. The only thing he didn’t have was cloth and he laughingly revealed that while his mother was out on her job, he grabbed her curtains and bed sheets and made five suits and that’s how HSY came into being! Another interesting tidbit that he revealed was that Iman Aly, who was a friend who had just ventured into modeling, had agreed to model those five suits he had made along with two other friends.

On talking about his key to success, HSY says that no matter what he does in life, he has 3 basic principles that he believes in and follows. Firstly, you have you treat people well because it is those people who will help you get to your goal. Second is that you need to be kindhearted and have empathy, “I’m so incredibly blessed but that doesn’t mean I shouldn’t be empathic or kindhearted to other people. I’m nothing without my fans.” Third, focus on your intention, “If your intentions are pure, you’ll never have to lie and you’ll have great energy surrounding you.”

How did HSY venture into acting and end up with a movie debut so soon? Interestingly enough, this isn’t the first time HSY has ventured into movie and theatre. He was the president of his school’s dramatic society and won numerous awards back in the day. So he knew that he had a calling there. Speaking about his telefilm, it’s clear from his expressions that HSY is beyond excited to be playing lead. He confessed that the role has been made especially for him. He called the script a “killer script and a killer project.” And although he couldn’t reveal who else is a part of the project, he assured his fans that the team is a “next level cast.” Even more so than the Pehli Si Mohabbat cast. He did let fans know that his character for the new telefilm will be vastly different from his previous role and will also be different from his role as the antagonist in Ishrat Made in China. “I have one goal in acting and that is that I am able to do different character roles. Everyone knows me as HSY but when I act I don’t want to be HSY.”

Which lead us to question him about his movie debut. HSY plays the villain in Ishrat Made in China. Again, the actor was very tight lipped about the upcoming project but he says he never imagined how much hard work would go into the movie and made an exciting revelation that most of the actors, including Mohib Mirza and himself, performed most of their own stunts. He even revealed that he ended up in the hospital thrice after getting hurt on set during the stunts. HSY simply couldn’t stop raving about the movie. From the soundtrack to the dances to the location, he could only describe them as “kamaal (high achievement.)”

But what does all this mean for HSY as a designer? What are his future plans for his brand? HSY made sure to assure his fans that he will still be designing. Talking about the mindset he has when it comes to clothes, HSY said he’s more focused on what looks good rather than what is in style. He revealed that he firmly believes that marriage isn’t just a couple’s union but a union of the families and so what the couple wears is a representation of who they are. He doesn’t focus on Instagram aesthetics but rather on what the families will like, what our culture and tradition is. HSY also talked about how he believes in modest fashion. “There is beauty in modesty,” he says and inadvertently revealed that he has a modest fashion collection coming up. He talked about how terrible it is for politics to come in the middle of religion especially in terms of hijab, “Why shouldn’t we cover up?” He also stressed on the need to give importance to religion and make fashion easy for women who want to cover themselves up and how he plans to become a part of the effort.

Needless to say, we can’t wait to see what the future holds for HSY!