She wasn't happy about being put on the spot but she answered the question anyway! 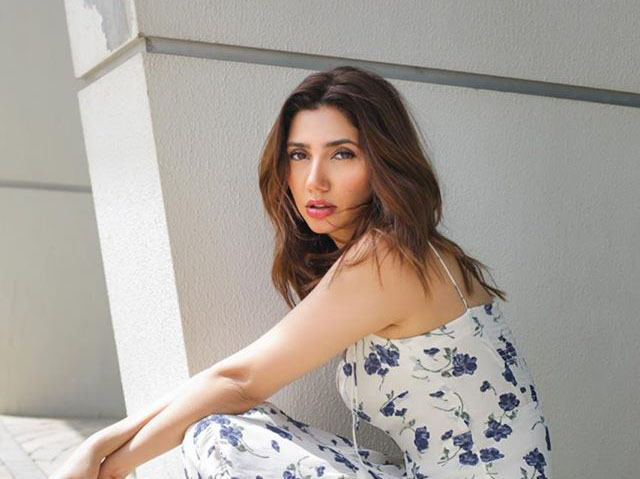 KARACHI: Fashion designer and host Hassan Sheheryar Yasin, more commonly known as HSY, has a knack for getting information out of people and in his latest IGTV video, he got Mahira Khan to answer questions she wasn’t completely ready for.

Among other things, HSY and Mahira discussed the ongoing protests regarding the Black Lives Matter movement and the subsequent backlash on fairness creams as a result. Mahira spoke about how she doesn’t believe in cancel culture but also criticised how the heroine on screen is always shown as fair-skinned.

Mahira also announced that she would love to appear on a TV serial on PTV-Prime, which is exciting news for those who have been wondering whether Mahira will ever do TV serials again.

The best part about interviewing a really close friend is that it's spontaneous and honest. Two friends talking heart to heart. Loved having Mahira on the show. What makes her magical besides her immense talent is her authenticity and humility. For more on where she stands on the pursuit to be fair skinned by so many, please go to my youtube page, The world of HSY, and watch the full interview. Link on my bio. Subscribe and watch. Love you Mahira! Thanks so much for being you❤️. #hsy #mahirakhan #love #friends #smile #superstar #icon @mahirahkhan

But right as the interview was ending, HSY asked her something no other interviewer could have asked: about the man in her life right now.

“I would like to end on the same note as I began: love. You have fallen in love. His name is Saleem,” says HSY to which Mahira looks away from the camera, hiding her face. “What’s the first thought that comes to your mind when you look at him?”

“What are you making me do, I’m thinking hard if I should answer,” she contemplates.

Read: Why are Pakistanis obsessed with when Mahira Khan will get married?

But then lucky for us, she answers the questions and proceeds to quote a dialogue from her hit TV play Humsafar, in which Ashar says to Khirad “patanai tum mujhe kis naiki ke badlay mein mili ho” (I don’t know what I’ve done right to deserve you). “I think the same about him. I must have done something good in my life.”

“I hope that we can protect this,” she says at the end.

HSY also asked her if wedding bells were in the near future and she said that while she’s very happy, she believes marriage isn’t the “end all”. We couldn’t agree more. We’re rooting for you guys Mahira!