The 93rd Academy Awards – onwards and ahead with its winners

History has been made with some of the most notable recipients at the Oscars 2021, but it also made things slightly awkward 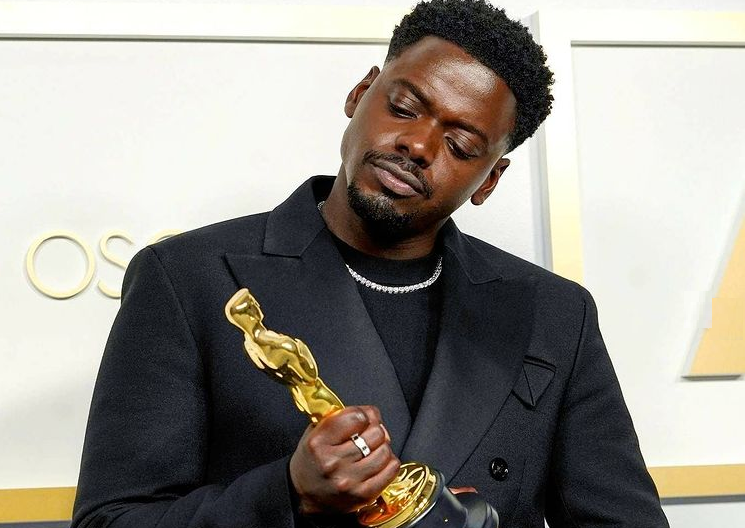 Daniel Kaluuya winner for Best Supporting Actor in Judas and the Black Messiah poses with his award. Source: Cinephile Club

KARACHI: When the Oscars began they started as an exclusive event. 93 years ago, one could not have imagined the shape Oscars have taken today. Hattie McDaniel could not have seen this coming when she won Best Supporting Actress for Gone With The Wind in 1940, not seated next to her castmates at the ceremony for being a black woman. She was instead given a small table in the back of the Cocoanut Grove Ballroom. Here, she sat with her personal guest F.P Yober and white talent agent William Meiklejohn. Oscars 2021 is a different story today in its entirety with its incredible list of winners.

Inclusion and recognition have arrived within the first half of 2021 as the Oscars break most of their stereotypes, giving out awards to Asian directors, people of color, and seeing winners in people who thought their time had passed.

Chloé Zhao has made history with her big win at the Oscars. She is the first woman of color to win Best Director for her film Nomadland. The film also won the award for Best Picture while Frances McDormand won Best Actor for her character in Nomadland.

Another victory that shook everyone along with its very recipient was the award for Best Actor, taken home by Sir Anthony Hopkins for The Father. This took the attendees by surprise too, as many expected late actor Chadwick Boseman to win the award for Ma Rainey’s Black Bottom, bringing the ceremony to a heartwarmingly emotional close.

Other than that, Hopkins had already bagged the BAFTA award for the film. Hopkins was also not present at the ceremony, and Joaquin Phoenix had to accept the award on the absentee’s behalf. Since Best Actor was the most awaited announcement because it was announced the last, such an unfolding of events led to an awkward situation. Sir Anthony Hopkins has accepted the award and in a video tells he “did not expect” to win this award. The film also won Best Adapted Screenplay.

Christopher Nolan’s Tenet has taken home the award for Best Visual Effects, and deservingly so. It is not every day that a movie needs to crash planes into hangars while effectively showing time moving forward and backward within the same frame.

Another actress to make history is Yuh-Jung Youn for winning Best Supporting Actress for Minari. This makes her the first Asian woman to win an Oscar for acting since 1958. She is also the first Korean actress to receive the award. Brad Pitt was the one to hand her over the award and she said to him, “Mr. Brad Pitt, finally. Nice to meet you. Where were you while we were filming?”

Daniel Kaluuya won Best Supporting Actor for Judas and the Black Messiah. Another win for people of color. The film also won the award for Best Original Song –  ‘Fight For You’.

Screenplay writer Emerald Fennell won the award for Best Screenplay for her film Promising Young Woman. “A very promising young woman indeed,” wrote the Academy Awards on their Instagram page as they shared her picture where the screenwriter poses with her award.

On the other hand, Mia Neal and Jamika Wilson became the first black women to win an award for Best Makeup and Hairstyling. The honor comes for their tremendous work for Ma Rainey’s Black Bottom. The period-drama also received an award for Best Costume Design.

Mank takes home the awards for Best Cinematography and Best Production Design. And honestly, who else could it be?

Another addition to the winners of the 2021 Oscars is Sound Of Metal. The Riz Ahmed-starrer has won two awards; Best Sound and Best Film Editing. While Riz Ahmed may not have won an award for his acting, he definitely won our hearts for his relationship with his wife, Fatima Farheen.

Short films are the future. More short films have been made during the pandemic due to logistical reasons pertaining to SOPs. This explains that small stories can make it big for what they inspire within their audiences. Two Distant Strangers won Best Live-Action Short, while If Anything Happens I Love You won Best Animated Short Film. Colette has won Best Documentary Short.

It is heartwarming to see the winners get their due credit at the Oscars 2021. Let us continue to be more inclusive when it comes to recognizing talent and placing merit where it deserves to be. With skill and talent finally transcending beyond borders and skin colors, there is hope for every filmmaker out there to see themselves accomplished enough to someday walk the red carpet and perhaps, even make it to the podium. Keep the speech ready!