Tenet: Christopher Nolan’s most awaited film has finally been released

And the reviews are pouring in 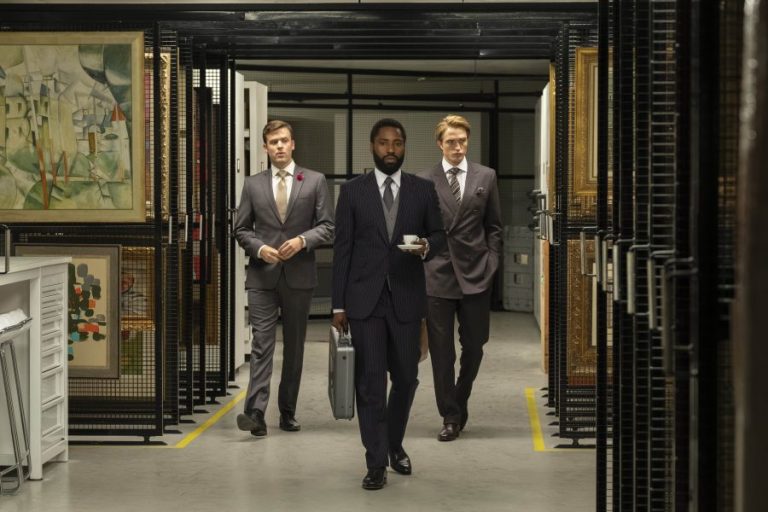 KARACHI: Christopher Nolan has done it once again! What’s that you say? Given his fans another larger than life and mind-boggling film that will leave on the edge of your seat in the movie theatre: Tenet. It’s being reported that even Tom Cruise couldn’t resist watching the film in the cinemas during the pandemic. Tenet is estimated to hit a $25 million overseas debut.

Altogether, three major trailers were released from time to time to set hype for the film.

The film had already picked up hype after Nolan revealed he used a real plane for a sequence in his first trailer. Although fans never doubted Nolan going all-in for his masterpieces, they were hugely impressed.

The star-studded cast has hyped everyone even more. The film stars big names like John David Washington, Robert Pattinson, Michael Caine, Martin Donovan, Aaron Taylor Johnson, Kenneth Branagh, and even Dimple Kapadia. Seeing her was definitely a pleasant surprise, but our joy definitely increased twofold after seeing Denzil Smith and Himesh Patel. For the fans of the upcoming The Batman, featuring Robert Pattinson, this film is a must watch!

The premise of the film revolves around a Russian billionaire, Andrei Stor (Kenneth Branagh) who has gained access to a weapon and intends to use it for world destruction.

And Tenet is a secret international organization that is trying to stop him from doing so. For this, they hire a special agent, referred to as the Protagonist in the film and played by John David Washington. The stakes are high and he is supposed to do nothing more than what most “protagonists” in Nolan’s films have to do: Save the world.

Tenet has ignited a worldwide debate on whether this film will be able to save the cinema, since the pandemic had shut everything down and people are scared to come out to public places now that things are easing slightly.

The film is not releasing in Pakistan or in India, which is a tad disappointing considering it has some major roles played by Indian actors.

TENET is not releasing in India 😐😭

Reviews are pouring in and so far, the words are mostly encouraging. Will Gompertz for BBC has said that, “Christopher Nolan is that rare beast: an art-house auteur making intellectually ambitious blockbuster movies that can leave your pulse racing and your head spinning.”