The first look of The Batman reveals some important information on what to expect from the film and so far, our expectations have only gone up! 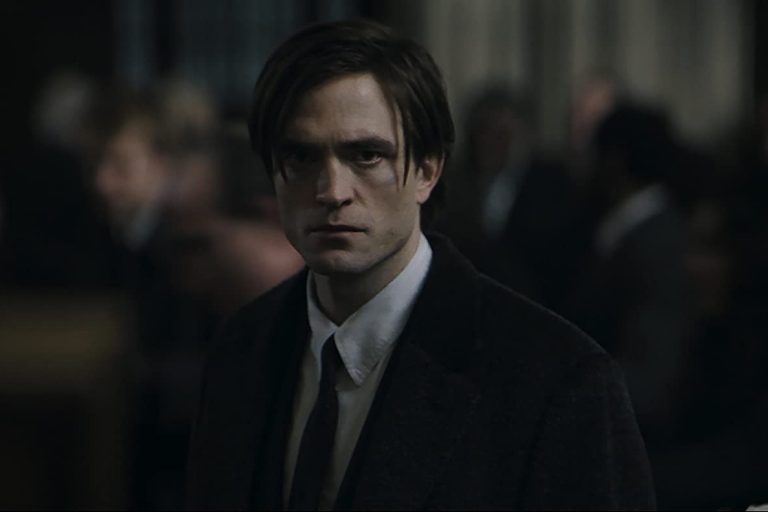 KARACHI: The trailer for the new Robert Pattinson starrer, The Batman has been released. Interestingly, this highly anticipated trailer has already received over 7 million views in less than 24 hours, according to CNN.

Pattinson stars as the cape crusader in this noir and detective themed film which is due to release by next year. Although filming began earlier, it was postponed in March due to the pandemic.

Knew Rob would smash it as Batman , But seeing that trailer was something

Director of the film, Matt Reeves has said his version of the film is inspired by classic film noirs like Chinatown and Taxi Driver, and will meet a “very human and very flawed” Bruce Wayne in his second year as Batman, trying to solve a series of crimes.

The first look of the much-hyped movie has definitely left fans thrilled. The trailer shows a mysterious pattern of notes being left around for Batman at crime scenes across Gotham, making fans even more curious.

The teaser has Nirvana’s Something in the Way playing in the background – a very apt background score, commended by several fans of both, Nirvana and Batman.

Can we please just talk about how Nirvana – Something in the way, is playing in the new batman trailer?!? #batman #RobertPattinson #nirvana

The trailer focuses mostly on the presence of the Riddler, played by Paul Dano, who is leaving notes of deadly teasers for Batman and Commissioner Gordon, played by Jeffery Wright.

The trailer also shows small glimpses of Zoë Kravitz as Catwoman. For the first time, fans see Robert Pattinson in a bat-suit and in the coveted batmobile. The film tries to reinforce Batman’s brutal approach towards solving crime as he beats a street thug to a pulp and answers with “I’m vengeance,” when asked who he is. In fact, those are the only two words we hear Pattinson say in the trailer and they were enough to set the pace for what to expect from the film.

A few other things. FIRST, AGAIN, The Batman trailer was ABSOLUTELY INCREDIBLE!!!! DEFINITELY got some vibes from movies like The Bone Collector, Seven, and The Crow.

It was GREAT to hear your and Robert Pattinson's Batman voice.

As reported by Variety, Reeves also added that The Batman will not really be an origin story; it will start after two years of Batman’s emergence, in which Batman and several other iconic characters like Catwoman, Riddler and the Penguin are still in the earlier phases of development.

In the film, Batman also begins to uncover a larger story of corruption within Gotham and how it may connect back to his own wealthy and powerful family – the Waynes.

Read: 5 Netflix originals to look forward to in September 2020

We are definitely looking forward to 2021 now!