Staff picks: The most memorable stories from Cutacut by Cutacut 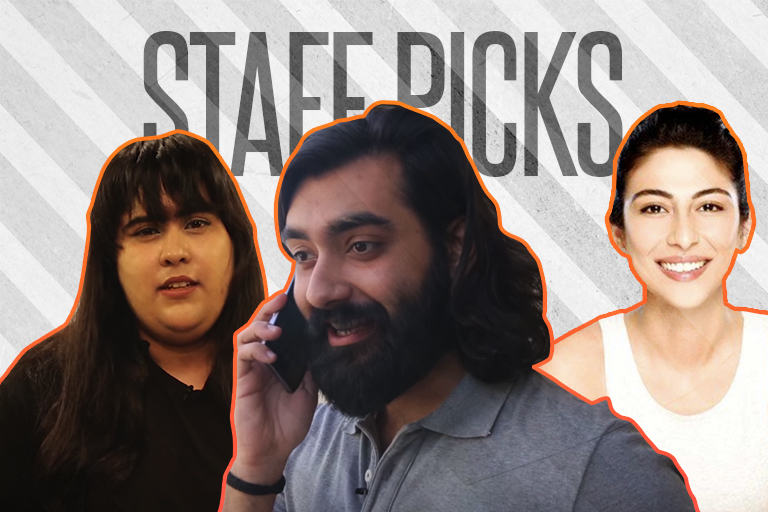 KARACHI: It has been quite a first year for Cutacut. Cutacut covered stories that aimed at resonating with the young and passionate millennial of today’s Pakistan. We not only covered social issues but also gave space to personal stories, through which some of us lived vicariously.

Here are some of the favourite stories from our staff:

“We’ve worked on so many stories and videos, and each of them are meaningful in their own way. It’s hard to pick one, but if I had to I would select our first story on Meesha Shafi’s accusations of sexual harassment against Ali Zafar, not just because of how significant the development itself was, but also because of how it collectively made us feel in the newsroom. It felt like it was a watershed moment (ultimately, and unfortunately, it wasn’t). We followed up with a lot of stories on Zafar’s accusations, including an exclusive story on another woman coming forward with sexual harassment accusations against him; one on dispelling rumours that Shafi fled to Canada; an explainer on the case; a story on why women hesitate to speak up earlier. I believe our coverage of the incident has been consistent, and we plan on continuing it to document the suffrage of survivors of sexual harassment and assault and to increase the need for accountability.”

Fahad Alvi: ‘The Rohingya of Pakistan’

“It was one of the first videos that the Cutacut team had produced, and as a new company I believe the video instilled a sense of value into what we as a team were looking to tackle in our society. It is easy to criticize another country for committing human rights violations when we are not looking at are own selves. This video served as a gateway for the team to tackle many different taboo subjects. The process also helped me grow as a person.”

Watch: The Rohingya of Pakistan

“However, I would also like to mention another favourite of mine, called One Man Standing |Ordinary is extraordinary. With this series, we furthered our vision by highlighting unique examples of people in the city that are fighting for a just cause, no matter how small or big it is.”

“This was a fun video to shoot. All of us were involved in this video and we had a really good time putting it together. We hoped that a lot of people would find the video relatable.”

“It was refreshing to see that people are finally talking about body-shaming and understanding what it meant. I hope this video added to the conversation that body-shaming and commenting on somebody’s physical appearance is not funny.”

Shaheera Anwar and Sinan Charania: ‘No Shame in Periods’

Shaheera: “My favourite content from Cutacut is the short video we did on menstruation, called No Shame in Periods. It highlighted the issue of period-shaming as well as brought forth the women trying to bring a change by talking about menstruation.”

Sinan: “The video was eye-opening for me as it revealed how women are restricted due to menstruation, a natural part of being a human. The freedom of women continues to be in the hands of oppressive, patriarchal structures that we see in many families. It was inspiring to see these two women trying to challenge the taboos around menstruation and educated how they are harmful to women’s health.

Yusra Jabeen: ‘I had to run for my life’: Pakistan who were forced to flee’

“I picked this story as it hit too close to home. Pakistan’s is a deeply hetero society, defined by binaries. Unless you are part of the majority, and think like the majority, there is little space for you. The story struck a chord with me on many levels, especially as a Muslim, Pakistani woman who struggles on the daily to be her authentic self and not get hurt while doing that. Tough, but I’m getting by.”

Haniya Javed: ‘I took a solo trip as a married woman’

“This story was well-written and provided a fresh perspective on the traditional, stereotypical expectations of women in Pakistan, especially if they are married.  It was an encouraging and fun read.”

Young Love: I took a solo trip as a married woman

“This video took me to the essence of film marketing back in the early 60s. It was a good experience shooting the film as we discovered and learned about the old Pakistani cinema culture.”