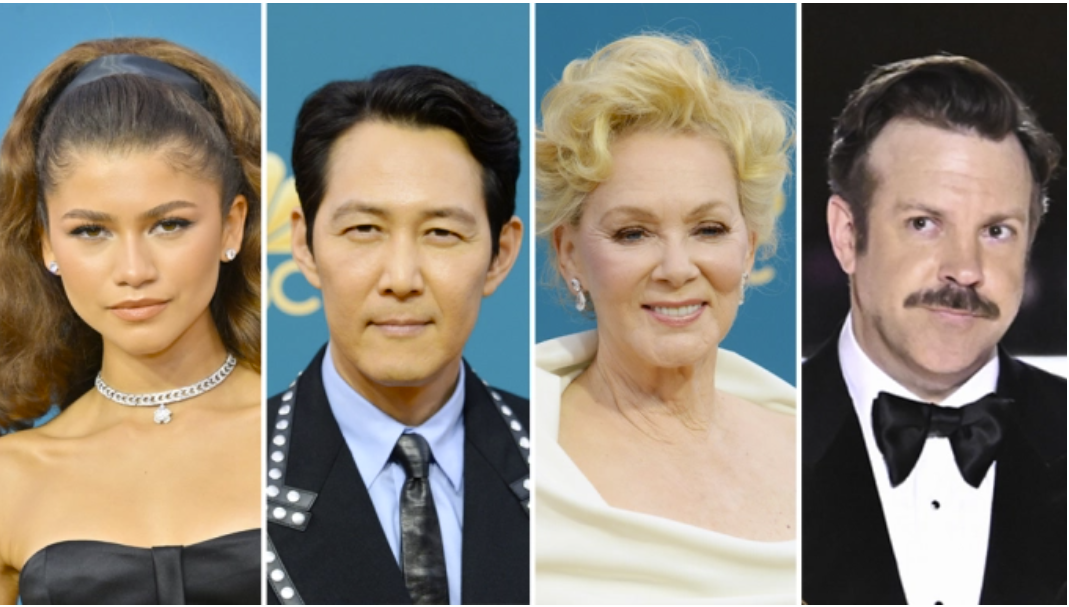 KARACHI: The most prestigious television awards ceremony, The Emmy Awards 2022, aired earlier this morning. Hosted by Kenan Thompson, the 74th edition saw some repeated winners and some first times made. Here is a list of all the Emmy Awards 2022 winners.

HBO’s Succession joined the ranks of Emmy Awards winners in 2022 for the Best Drama Series. The show had some serious competition from shows such as Ozark, Better Call Saul, Euphoria, Stranger Things and Squid Game.

Apple TV+ took away the award with Ted Lasso. Other nominees included Barry, The Marvelous Mrs. Maisel, Only Murders in the Building and Abbott Elementary.

Lead Actor in a Drama Series

Lee Jung- jae made Emmy Awards winner history in 2022 after becoming the first Asian actor to win the lead actor award in a drama for Squid Game. He also became the fourth Asian to every win an Emmy for acting.

Lead Actress in a Drama Series

Euphoria star Zendaya became the first Black woman to win lead actress in a drama, and the youngest two-time winner of any Emmy in history. She had tough competition for the award against Jodie Comer and Sandra Oh from Killing Eve and Reese Witherspoon from The Morning Show.

Lead Actor in a Comedy Series

The Emmy Awards winner for lead actor in a comedy series 2022 was awarded to Jason Sudeikis for his role in Ted Lasso. He was up against the likes of Steve Martin for Only Murders in the Building, Donald Glover for Atlanta and Nicholas Hoult for The Great .

Lead Actress in a Comedy Series

The category was full of intense competition which included Rachel Brosnahan for The Marvelous Mrs. Maisel, Kaley Cuoco for The Flight Attendant and Elle Fanning for The Great. But in the end, Jean Smart took away the Emmy Award for her role in Hacks.

Stranger Things stars hint that the show may be returning soon