The cast has been long-anticipated to come back together and share screen-space again. The wait might not be too long from now 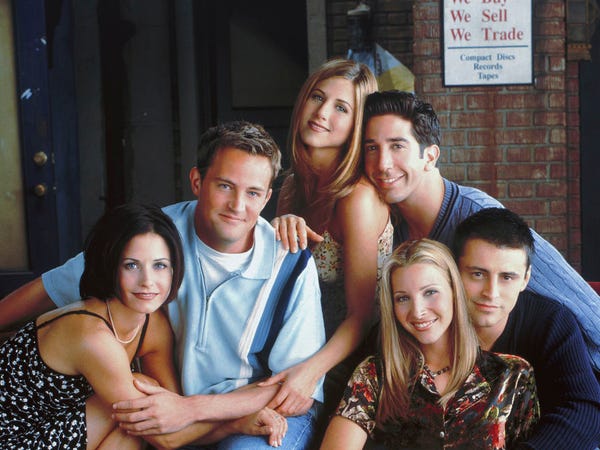 KARACHI: The beloved childhood show sitcom first aired in 1994 and concluded by 2004. Fans bid Friends a heartbreaking farewell when all the characters (apparently) go their separate ways after Monica and Chandler move out of the apartment that was the initial hub of their get-togethers. Friends is soon to see a much-anticipated reunion after the lead actor, Matthew Perry, who plays the sarcastic Chandler Bing and Monica’s husband, tweeted recently about the show’s release.

Friends reunion being rescheduled for the beginning of March. Looks like we have a busy year coming up. And that's the way I like it!

“Friends reunion being rescheduled for the beginning of March. Looks like we have a busy year coming up. And that’s the way I like it!” a statement he issued on Twitter which was enough to send shockwaves through a sea of fans from all over the globe.

Although there was wide speculation around the reunion for a while, according to BBC news, the one-off show was set to enter its filming phase by August but was delayed due to an unforeseen situation created by the coronavirus pandemic. The latest Friends reunion will hopefully bring together its original cast members who we grew up watching; Matthew Perry, Jennifer Aniston, Courteney Cox, Lisa Kudrow, Matt LeBlanc, and David Schwimmer. Chandler’s tweet had more than 100,000 likes and retweets, really showcasing how the show has become the talk of the town.

Last year, on October 15th, 2019, Jennifer Aniston posted a picture with her fellow cast members from the show, and fans instantly took to the comments section with their hopes of another season of the sitcom.

Fans have reacted to the news with the utmost excitement, even sharing pictures from the show’s episodes that aired between 1994-2004.

the one where we get the cast of friends back on march 2021 pic.twitter.com/bksm2vpIGx

the way that the friends casts didn't settle for a virtual reunion because they know that the fans deserved more than that gives me serotonin.

The fact Friends are actually doing a reunion in March has me wanting to cry pic.twitter.com/Qmiaat0eI9

While the show’s humor has been considered outdated by various people today, we have yet to see how the show incorporates itself within the newer parameters of comedy in today’s day and age.

The much looked forward to Friends reunion is set to resume filming on the show’s original soundstage, Stage 24, which is on the Warner Bros lot in Burbank, California. HBO Max will be the streaming service to air the show on a date yet to be announced.