Stranger Things stars hint that the show may be returning soon 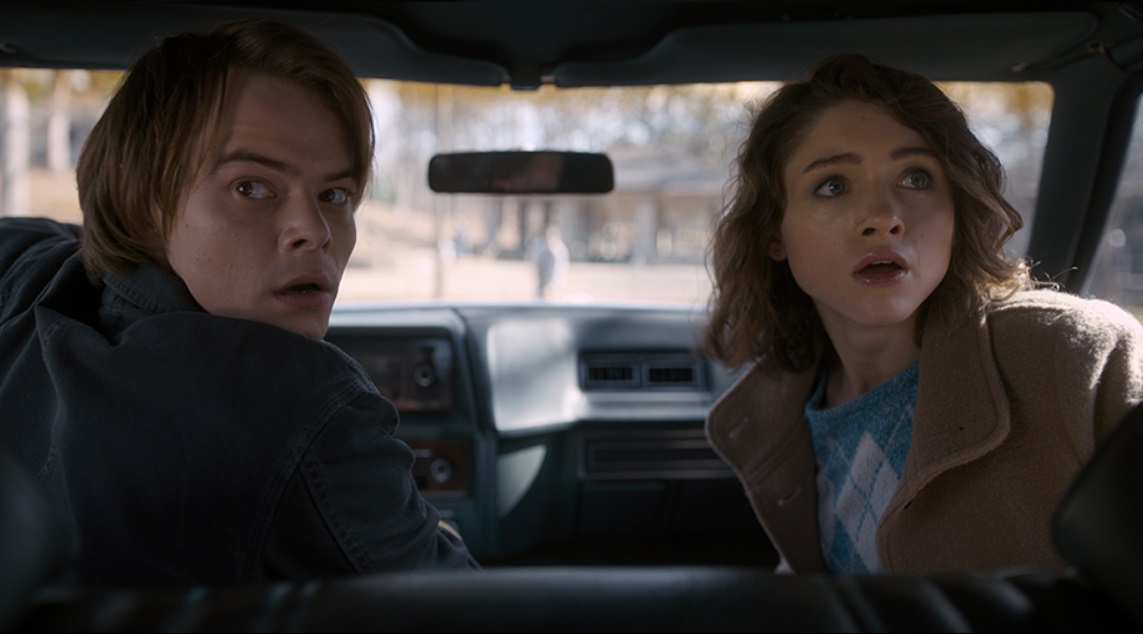 KARACHI: Today definitely feels like a good day if you woke up to Stranger Things star, Millie Bobby Brown’s Instagram post featuring a clapperboard captioned, “Meanwhile in the upside-down…”

meanwhile in the upside down…

Along with the Enola Holmes star, the action was mirrored by several others, like Finn Wolfhard, Noah Schnapp, and Gaten Matarazzo, who shared the picture with the same caption. Stranger Things really is coming soon!

Meanwhile in the upside down….

The pictures had fans speculating whether shoot has resumed for the much-awaited series. Scheduled to initially release in 2020, Stranger Things had to face delays due to the ongoing coronavirus pandemic that brought its production to a halt. According to IGN, filming for the fourth season had begun by February 2020, at the recently decommissioned  Lukiškės Prison situated in Vilnius, Lithuania. We even see the location in the teaser trailer that allowed fans a sigh of relief seeing Jim Hopper alive, although imprisoned. The trailer was titled, “From Russia with love…”

From Russia with love…

Natalia Dyer, who plays Nancy Wheeler hyped up the show even more after she spoke to The Hollywood Reporter and reported that the cast had already been shooting for the past four weeks, prior to when the pandemic brought it to a pause. During the shutdown, the Stranger Things writers’ room which is led by the Duffer brothers finished writing the scripts for season four, and also added a ninth episode to the initially 8-episode season. The first episode will be “The Hellfire Club”.

“Normally, we get the first few scripts, and then they have to keep writing due to the schedule of it. And it takes a while to craft a script. So, normally, there’s a kind of ‘writing as we’re going,’ but it seems they’ve had enough time. I think it’s maybe been a blessing for the writers, in some way, because they had the time to just sit down, think and create.”, she said.

The third season ended on a heartbreaking note with Joyce, Will, Jonathan, and Eleven leaving Hawkins. Although many fans are sad the town may not be as major a feature in the next season, many are glad that the universe is expanding.

Syncing with the timeline the series follows, and from what we see in the trailer, Stranger Things might now scrabble around the events of the Chernobyl disaster through its story. While the first season was set in 1983, season two in the next year i.e., 1984. Lastly, the third season was set in 1985, hence it makes sense that the next season will be set in 1986, the year of the Chernobyl disaster.

Although the rest of the cast will be coming back to Netflix with their nerdy outlook on life, and witty comebacks ready for anyone who underestimates the huge weight of this dimension on their little shoulders, there is another character fans are excited to see again. That character is Murray Bauman AKA Bald Eagle, played by Brett Gelman.

Our Gay king is gonna come back pic.twitter.com/GuSMnSlUvr

Fans hope season 4 will be released by the Chernobyl disaster’s 35th anniversary this April. We cannot wait!