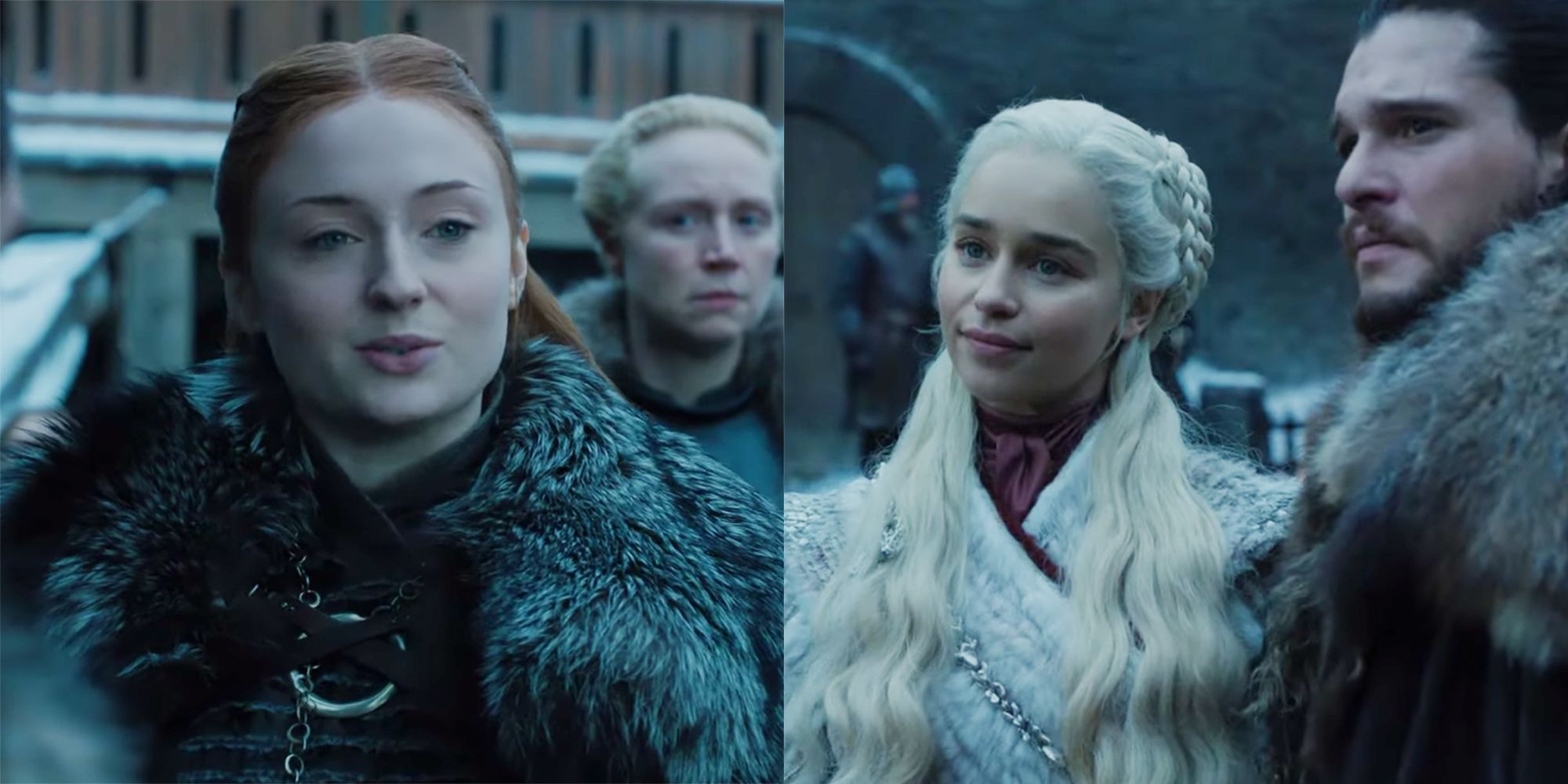 KARACHI: It’s no surprise that HBO’s hit TV show Game of Thrones is loved by many across the globe. With the series taking a break in 2018, fans have been eagerly waiting for their favourite characters to come alive yet again, which is why when HBO revealed a four-second long clip of the upcoming season at th Golden Globes, everyone lost their chill. The clip shows Sansa Stark meet Daenerys Targaryen share screen space for the first time in the history of the show.

Bird Box: one second of Game of Thrones season 8 footage

Whenever #GameofThrones gives me the bare minimum in new footage. pic.twitter.com/4kG25bKdms

#GoldenGlobes
*Gets a 2 second clip of #GameofThrones *
Everyone: pic.twitter.com/tUpdyHQbPd

hbo: *gives us the bare minimum with that game of thrones teaser*

The clip shows Sansa Stark meet Daenerys Targaryen share screen space for the first time in the history of the show. With a side eye and a cold, “Winterfell is yours, Your Grave,” Sansa hands over her town to the Dragon Queen. Followers of the show are aware that Daenerys along with Jon Snow (allegedly Sansa’s half-brother) are uniting against the White Walkers for a big battle. But will Sansa be on their side? We don’t think so. From the expressions she sported in the clip and theories on the world wide web, it’s possible that Sansa might not be ready to give her home away, yet another time. She has fought long and hard, married two of the most vile characters of Game of Thrones, and travelled to the ends of the world to finally get back her ancestral home. There is NO WAY she’s going to let it go off so easily. She might just be plotting a scheme against Daenerys, now that her rebel sister Arya Stark is back home as well.

This is how Sansa handed over Winterfell to Danaerys in that new lil commercial 😂 #GameOfThrones pic.twitter.com/MPhtAGNF8g

“Winterfell is yours, Your Grace.” — Sansa with the greatest side eye EVER. #GameofThrones pic.twitter.com/X7GaMSlpNB

Sansa went and graduated from Margaery/Olenna Tyrell school, majored in Cersei's and got a Littefinger PhD. No one is gonna take her home away from her. 👸 #GameOfThrones #JonSnow #SansaStark #Jonsa pic.twitter.com/tyKBiXaDXs

So the Starks spent years fighting to get winterfell back, then Jon just handed it over to Dany (mother of dragons) in one scene. Wow.
I can see why sansa is not happy here. This is a mess, no matter how much we like Dany.#gameofthrones pic.twitter.com/KgZ7Rq25AP

I feel like Brianne in that scene. She felt it too. pic.twitter.com/uM55SkRNUd

moodboard for that “winterfell is yours” game of thrones clip in the hbo commercial pic.twitter.com/KRphJTE3On

Sansa is NOT happy. Mannnn April is gonna kill me pic.twitter.com/iySwKYdX1A

How to not spoil the Game of Thrones finale