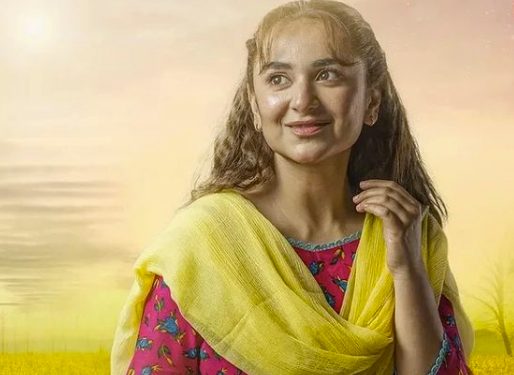 KARACHI: If there is anything that Yumna Zaidi has proven over the past year it is that she is capable of doing just about any role. She played the blind and incredibly lovable Annie in Parizaad, the strong willed Azka in Ishq-e-Laa and the determined Shahista in Sinf-e-Ahan. As diverse as her characters were, she did them justice. And it seems as though Yumna Zaidi is back with a new Hum Tv drama called Bakhtawar.

Written by Nadia Akhtar, directed by Shahid Shafaat and produced by Momina Duraid, the new drama will see Yumna Zaidi play the role of Bakhtawar. As per the official synopsis the story will follow, “The journey of a young headstrong girl trying to escape her troubled home, difficulties and pain and create a better tomorrow for herself.”

In addition to Yumna Zaidi, Bakhtawar has quite the star power as part of the cast. Starring alongside Zaidi will be Zaviyar Nauman Ejaz, Saqib Sameer, Mizna Waqas, Naureen Gulbani, Sunil Shankar, Huma Nawab and Adnan Shah.

However, as exciting as the news of a new Yumna Zaidi drama is, fans will have to wait a while before Hum Tv announces a release date. Until they do, fans are anxiously waiting for the trailers for the drama to drop and to see their favorite actors back on screen!