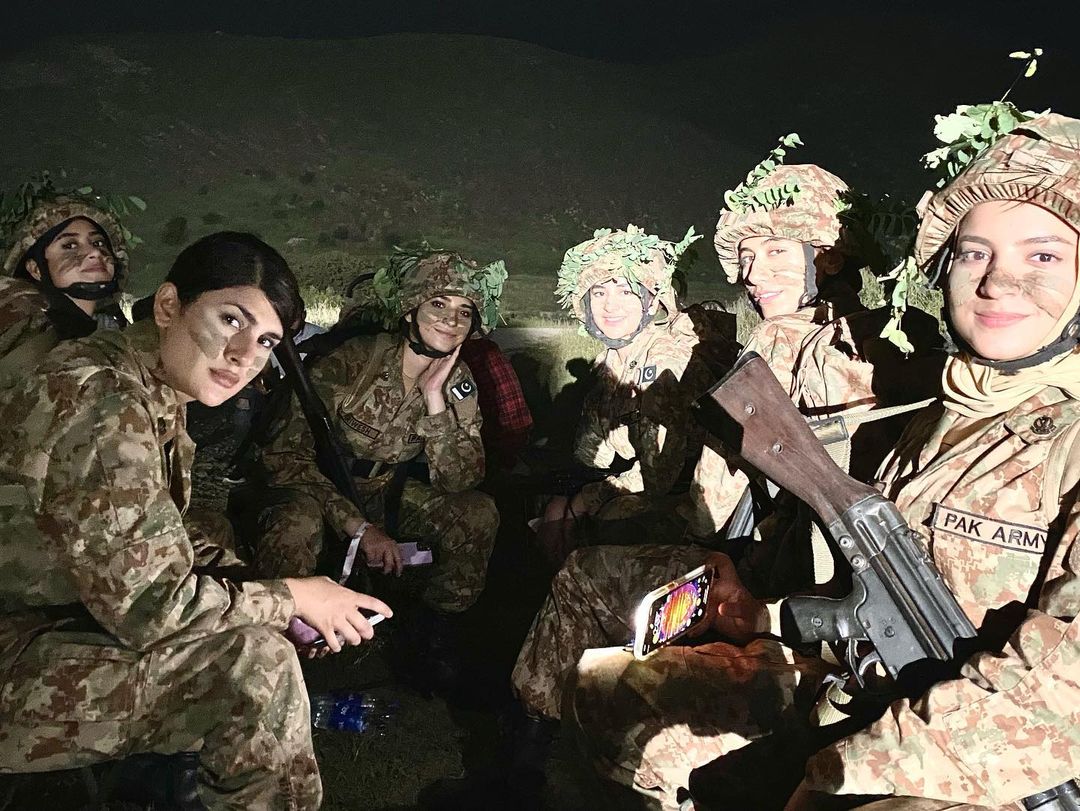 KARACHI: Our journey with our women of steel is nearing its end. In the episode that aired last weekend, we saw the Sinf-e-Aahan girls talk about their biggest learning at PMA (Pakistan Military Academy), receive distinctions in various fields and gear up for their passing out.

In a bonfire organised for the Lady Cadets, Shaista (Yumna Zaidi) admitted that PMA taught her that she is, indeed, equal to the men around her. Pariwash (Ramsha Khan) shared how she no longer has to fear the Sardar of her tribe, she knows she can take the world on in her stride and look everyone in the eye. Arzoo (Syra Yousuf) learnt how to let go of her fears and not be dependent on anyone. She also said that PMA has made her look past her minority status and made her feel like she has a place to belong.

Rabia (Sajal Aly) vowed to overcome her selfish streak while Mahjabeen (Kubra Khan) revealed that she has learned to acknowledge her privilege and to appreciate what life has offered her instead of taking things and people for granted. Nathmy (Yehali Tashiya) said that she was grateful for her classmates and how they went out of their way to risk their lives for her. Sidra (Dananeer Mobeen) was simply happy to have found such friends and course mates who helped her survive her stay at PMA.

Over the course of the last few weeks, audiencies also spent a lot of time on Nasar’s (Asim Azhar) backstory, with flashbacks of how he first saw Rabia with Mahjabeen, to his mother showing him her rishta picture and then them finally getting engaged. We believe the whole Rabia vs Mahjabeen rivalry and the Nasar track has been dragged in the drama for no reason. That said, the next episode’s promo hinted that the rivalry may end soon but nothing about Nasar’s track.

We saw the Noraiz (Asad Siddiqui) track being put to rest with a picture of his wedding to one of the girls he was two-timing Arzoo with. This detail, too, was unnecessary but unlike the Nasar track, it didn’t weigh audiences down. What we would have loved to see, instead, was a decision on Mahjabeen’s part on if she wants to spend the rest of her life with Kumail (Ali Rehman) or try and get with Danyal (Usman Mukhtar).

The scene with Sidra hugging everyone goodbye and telling them how they were the best was cute and Dananeer once again nailed the expressions and comic timing.

As a whole, Sinf-e-Aahan has proven all so-called formulas of what sells on TV wrong. With each episode garnering millions of views, the drama has gotten a major fan following, despite being a show predominantly about female characters and their struggles in an unconventional setting. Because the show has such a massive viewership, the possibility of a sequal is nothing short of exciting.

However, we would like for the showrunners to wait a few years and see the stories get picked up later down the line in the girls’ careers. It would be interesting to see how the LCs have gone on to settle into their army lives and their achievements after leaving PMA.