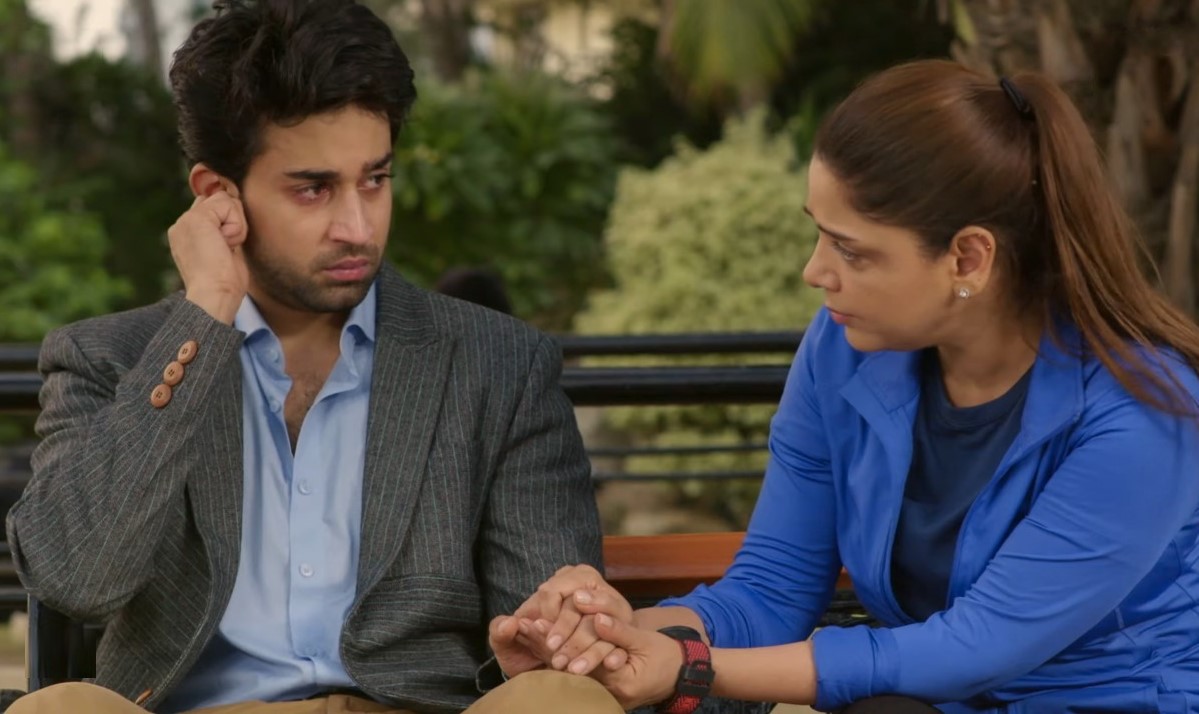 KARACHI: When Dobara initially started off, the drama had some good lessons for its viewers. Childhood trauma, broken families, a second chance at love. These were themes that made the show stand out. But like most storylines, Dobara also took a cliched turn. More recently, audiences grew weary of Mahir (Bilal Abbas Khan) who was cheating on his wife, Mehru (Hadiqa Kiani). Out of all the toxic men on our screens, Mahir was perhaps the one we were the most disappointed in. However, as the last episode of Dobara went on air, Mahir may have redeemed himself.

Over the last few weeks, we witnessed Mahir regretting his decision to marry a woman much older than him. The man who was once head over heels for Mehru suddenly became aware of the wrinkles on her face. He felt ashamed of going to public gatherings with her where people would comment on their age difference. However, all of this did not happen without a reason. Narmeen’s (Zoya Nasir) return into Mahir’s life caused him to be pulled back to his ex girlfriend.

While Narmeen hesitated in pursuing a married man, Mahir constantly reassured her that he will handle everything. The two of them were even set to get married. Naturally, a number of questions popped up in our minds. Was Mehru going to find out? Was she going to try and stop Mahir? Would Mahir be able to keep the wealth and business in case they were to separate or would he go back to his unemployed lifestyle? In the case of him being broke again, would Narmeen still want to be with him?

Truth be told, as someone who could cheat on a pure soul like Mehru’s, Mahir deserved to be left empty handed. As a woman, I wished to see both, Mehru and Narmeen, leave him. Mehru surely did not deserve to be treated like a second option while Narmeen knew better than to ruin someone else’s home for her own happiness. If Mahir was greedy enough to first go after someone’s wealth and later pursue his old love, maybe he deserved to stay alone.

What stood out about the last episode of Dobara was that it kept audiences anxious till the last moment. Mahir’s intentions were kept a mystery and we spent the whole episode trying to guess his decision. Kudos to Narmeen for backing out before Mahir and deciding against her wish to marry him.

Mahir and Mehru may have gotten their happy ending and it was satisfying to see Mahir apologize to his wife for his actions. But we cannot help but wonder, did he deserve to be forgiven? Is love enough to make someone stay or does respect also matter, for did Mahir not exploit Mehru’s forgiving nature? Mehru had already survived a marriage where her husband was interested in another woman. Did she deserve to be treated like a second option once again? Or can a sincere apology truly save a relationship?

Over the course of the drama, it has also been refreshing to see Mehru’s transformation. We saw her grow into a woman who had a voice, who knew what she wanted, and who also gave endlessly. While Mehru may be endlessly kind, she also recognised her worth. She was even willing to let Mahir go and live a life of her own. Mehru finally realized that all she needs is herself to live a happy life. And a loving partner is only the cherry on top.

First teaser of Dunk: story revolves around harassment at an educational institute