What to expect from Quaid-e-Azam Zindabad 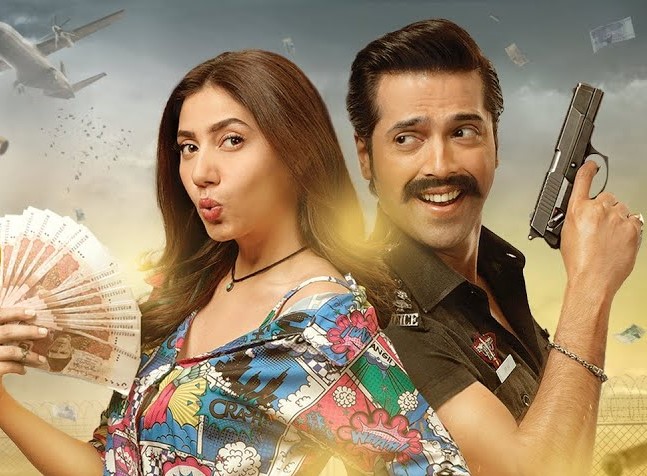 KARACHI: With Eid approaching, there is a buzz in the entertainment industry. Several movies are to premiere on Eid and one of them is the Mahira Khan and Fahad Mustafa starrer Quaid-e-Azam Zindabad. Fans have been anxiously waiting to see the two actors share the big screen but the cast and crew had been pretty tight lipped about the new movie. Now that the trailer is finally here, we know what to expect from Quaid-e-Azam Zindabad!

Produced by Fizza Ali Meerza and directed by Nabeel Qureshi, the movie is an action-comedy that follows the misadventures of a police officer. The trailer begins with Mustafa’s voiceover as he credits Quaid-e-Azam for being the reason why people stay in line. However, Mustafa isn’t a clean cut cop and by the looks of it, his partner (Javed Sheikh) and him have gotten their hands on counterfeit bills. They decide to test the money out to see if it is believable only to have Mahira Khan pop their bubble by pointing out a major blunder: the notes do not have Quaid-e-Azam’s picture on them!

Of course, no movie on corruption is complete without a corrupt politician played by Nayyar Ijaz to make things things difficult for the pair. Nor is it complete with an emotional set back in the hero’s life that will turn things around.

While the trailer tries to not give a lot away, it still manages to give away most of the plot and by the looks of it, Quaid-e-Azam Zindabad is your typical Pakistani drama action movie. All the elements are there: a bad cop turned good, people questioning why his intentions changed, a politician dead set on making things difficult and a beautiful heroin to guide our misguided hero to the straight path. (Reminded of Ghabrana Nahi Hai, yet?)

With movies such as Khel Khel Mein and Kamli proving that Pakistani cinema has the capability to move beyond the same lackluster comedies, we have high expectations from the upcoming films as well. Hopefully Quaid-e-Azam Zindabad has more to offer than what the trailer suggests. Considering Nabeel Qureshi’s eye for detail, the film should be a memorable cinematic experience for many. With the colours, direction and action sequences popping in the trailer, the movie has the potential to attract masses this Eid.