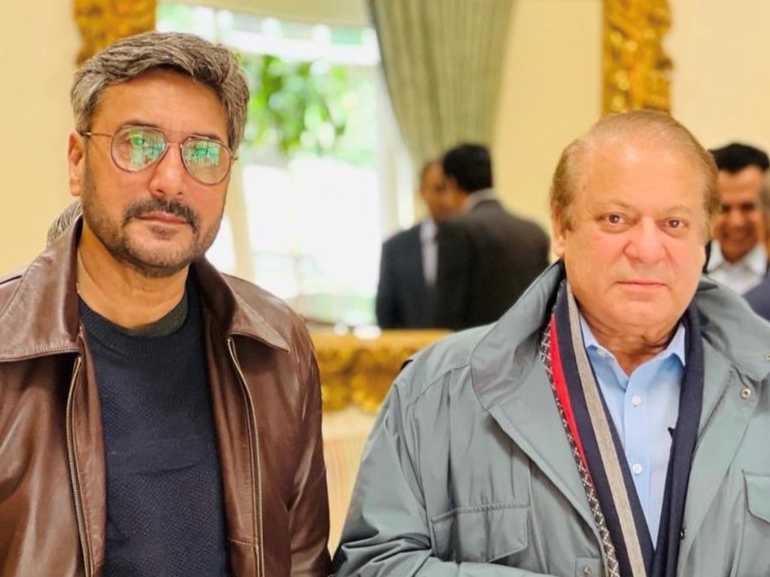 KARACHI: Between the films released on Eid and local filmmakers claims against foreign films given priority, Adnan Siddiqui was at the forefront of many of these debates. However, the actor and producer recently found himself at the centre of yet another controversy earlier this week. A picture of Adnan Siddiqui meeting with PMLN leader Nawaz Sharif made its way to the internet. The two met in London during what looked like promotions for Siddiqui’s film, Dum Mastam. Once again, Adnan Siddiqui became the butt of numerous memes. Some believed he was set to join the political party while others wanted to boycott his film for meeting with the former prime minister.

On Thursday, Adnan Siddiqui took to Instagram to clarify why he had met with Nawaz Sharif in the first place. According to the actor, the meeting was an impromptu one with no personal agenda behind it.

“I met him in a personal capacity with no personal agendas, only the interest of the industry in my heart. I reiterate what I have always believed in and often said that politics and arts should be kept apart,” began Siddiqui while ensuring that he is not joining politics. “I am still clueless on why there is no statement from the PMLN clarifying the same, specially when the official handle of the I&B ministry shared a fake tweet on the same. Due diligence, anyone?” he wondered.

“I understand that the trollers and haters have used their right to freedom of speech and opinion and I respect their sentiments. We, however, shouldn’t always look at everything from a political prism. For me neutrality has been the key. Always,” Siddiqui supported his argument with a video clip explaining the same.

“As for those who have decided to “boycott” my movie and dramas, I’d take that in my stride. I welcome both bouquets and brickbats. Now if everyone is done trolling me for something that I haven’t done, I would like to go back to acting,” concluded the artist.