Former PM has 10-day window to return, surrender himself and then file an appeal 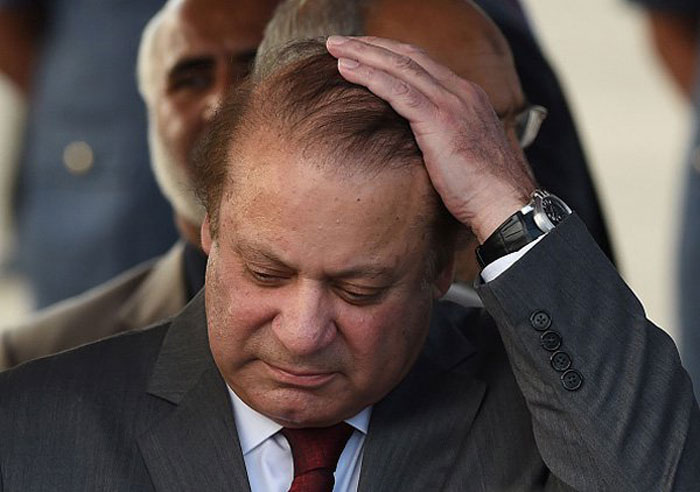 We reached out to legal experts do get their opinion on what is likely to happen now? Will the former prime minister, who was earlier disqualified from holding a public office, serve time in jail?

“Nawaz is an absconder felon right now and it’s most likely that he will return to Pakistan and appeal to the High Court,” says Abdul Moiz Jaferii, a journalist and lawyer.

Just a few hours after a National Accountability Bureau (NAB) court awarded Nawaz the sentence, he held a press conference and announced he would be returning to Pakistan as soon as his ailing wife regains consciousness.

But is there a chance he doesn’t come back and chooses to stay in London to evade the sentence?

“That’s very unlikely because then Nawaz will have to be brought back through either Interpol or the service of order of the court,” says Jaferii. The legal expert rules out the possibility of Nawaz asking for political asylum because that would end his political career once and for all.

“What’s more likely [than asking for an asylum in the UK] is to to ask for a pardon, petition the prime minister or the president to give him the pardon but that will lead him to be a sentenced convicted felon. [In this case at least] he won’t have to be in jail. This would also mean giving up his political career because his conviction will stand and he will be convicted felon and he wont be able to be a politician,” explains Jaferri.

The coming days will decide the fate of former prime minister’s political career and the future of Pakistan Muslim League-Nawaz (PML-N). While many termed the sentence the beginning of a new Pakistan, others decried that the judgement was full of inaccuracies.

Reema Omer, a legal expert, pointed out how the prosecution failed to establish ownership of Avenfield flats and only presumed that ithey belonged to Nawaz.

The operative part of the 174 pages judgment. In short, the court admits establishing ownership of the Avenfield flats is difficult, but says that in the absence of relevant documents to disprove ownership, the presumption is that Nawaz Sharif was the true owner of the properties pic.twitter.com/CZa2JXWDc6

Why did mainstream media ignore the Mastung bombing?