Afnan Ullah Khan says if not him, people should vote for the independent candidate over PTI, PPP 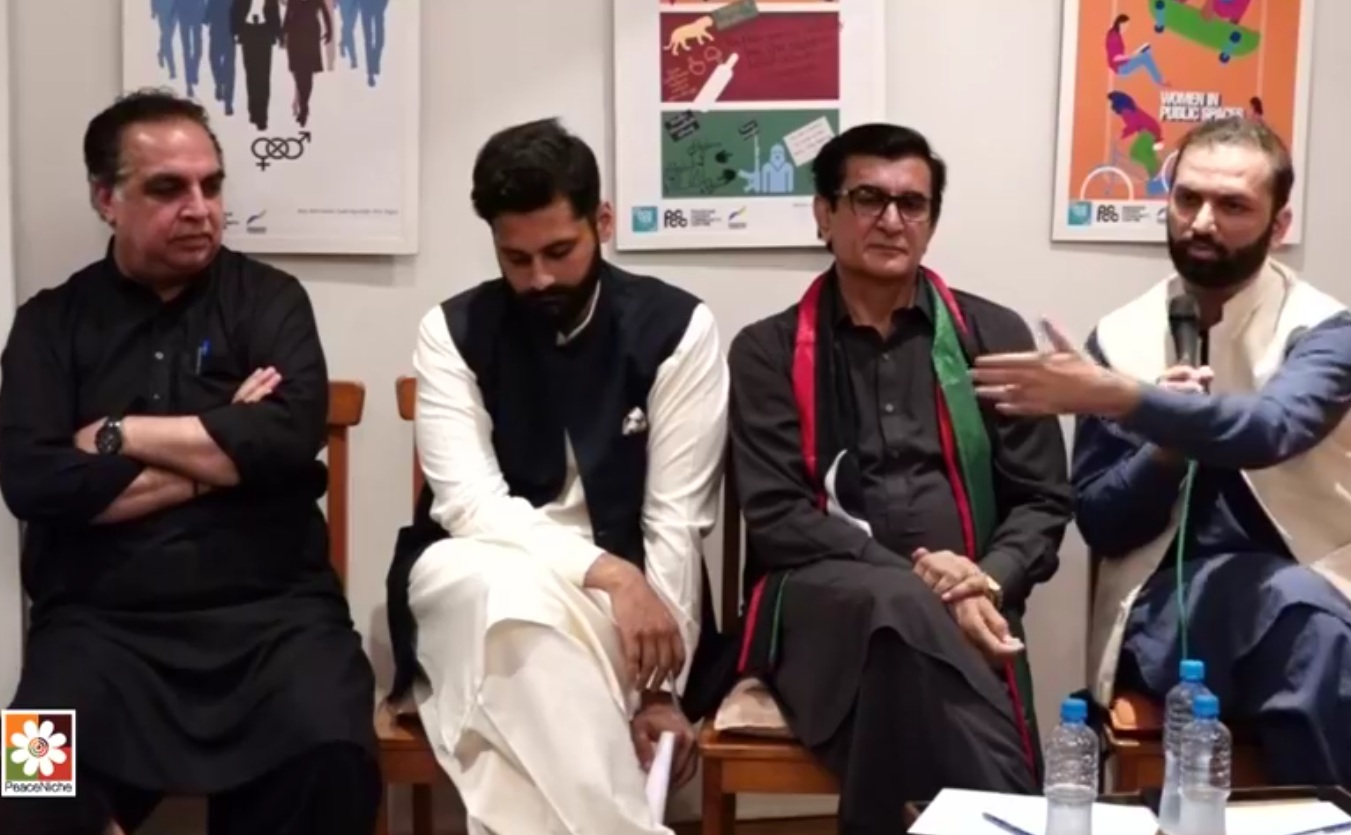 KARACHI: In a fiercely contested debate that brought four different election candidates under one roof, things took an interesting turn when one candidate started speaking in favour of his opposition. On Thursday, The Second Floor (T2F) hosted a debate, titled Meet Your Candidates, with Afnan Ullah Khan (PML-N) – NA 247, Qadir Khan Mandokhail (PPP) – NA 249, Jibran Nasir (Independent) – NA 247 & PS 111, and Imran Ismail (PTI) – PS 111, giving a chance to the audience to ask questions from their candidates and learn more about what these election hopefuls have achieved in their political careers so far.

Moderated by newly appointed T2f Director, Arieb Azhar, the debate was very similar to the kind of presidential debates that take place during American elections. Each candidate was allowed an introduction speech, after which Azhar would make a comment or ask a question and everyone would be given a chance to respond one by one. Thankfully, no candidate was allowed to speak out of their turn or cut in when someone else was speaking.

Read: Imran Khan or Jibran Nasir: Who got their anthem right?

All four candidates addressed similar issues: loadshedding, water crisis, terrorism, enforced disappearance, the judiciary all the while criticizing each other’s policies. However, towards the end, Afnan Ullah Khan, who is running from NA-247, tried to convince people to vote for PML-N. “If anyone has delivered, it has been PML-N. If you want your water crisis to be resolved, if you want peace in your city, if you want Karachi to prosper, then vote for us. If you don’t want to then you should definitely vote for someone else. I would say vote for Jibran Nasir, just not them (PPP and PTI),” to which the audience, including all the panelists, burst out laughing. “At least he has struggled, he has something to present.” To this, Jibran responded, “Thank you very much for your endorsement but let me clarify that after winning I will not join, I will sit in the opposition.” Jibran also hinted at the possibility of starting his own political party in the future. “We have to make our political party and bring forth our own thoughts,” he shared.

Watch the video from – 39:00 to see the light-hearted moment between all the candidates.