Why did mainstream media ignore the Mastung bombing?

It's being called the deadliest attack since APS 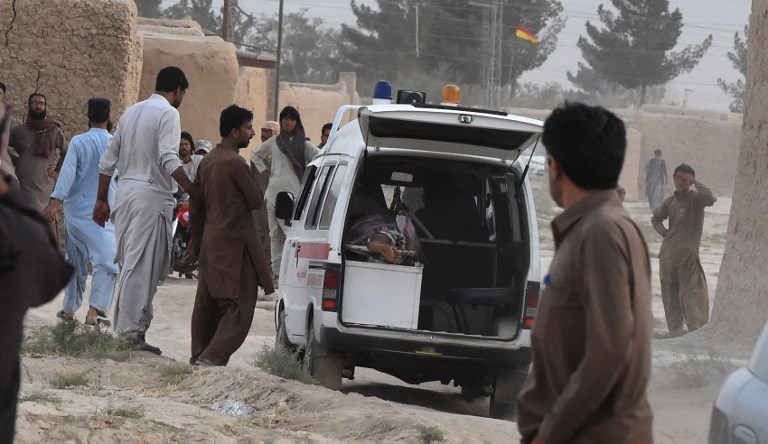 KARACHI: As Pakistan waited with bated breath for the return of former prime minister Nawaz Sharif and his daughter Maryam Nawaz, to face arrest over corruption charges, something else took place on the same day.

A suicide bomber killed more than 128 people and injured over 200 people at the Balochistan Awami Party’s (BAP) campaign rally in Mastung on Friday. Among the dead was BAP candidate Nawabzada Siraj Raisani. The Islamic State (IS) took responsibility of the attack, reports Dawn.

On thursday, another bomb blast took place in Bannu, targeting the election rally of  Akram Khan Durrani,  a Muttahida Majlis Amal candidate (MMA), in which four people were killed. A few days prior to this, Haroon Bilour, Awami National Party’s leader and candidate for the upcoming general elections was also killed in a bomb blast along with nearly 20 others, reports Geo.

Yet, on all mainstream TV channels yesterday, there was no mention of the Mastung attack, which is being termed as the deadliest attack to take place in Pakistan since the APS massacre that claimed the lives of 144 children.

Instead, what was being aired were live updates of Nawaz Sharif’s plane ride from Heathrow Airport in London to Allama Iqbal International Airport in Lahore. For several hours, news channels all across the country were debating and discussing Sharif’s every move, whether he would resist the arrest or come out of the plane willingly.

Meanwhile, the death toll at Mastung was increasing by the minute.

All political figureheads were quick to condemn the blast on Twitter.

Another condemnable terrorist attack on a political gathering – this time in Mastung. Saddened to learn of Nawabzada Siraj Raisini's shahadat in this targeted attack as well as the shahadat of 15 other innocent citizens.

As I was busy with homecoming rally for Nawaz Sharif in Lahore, I was heart-broken to learn about the martyrdom of over 100 people in a suicide attack on a corner meeting in Mastung. Words cannot describe the feeling of anguish & sense of loss…

Siraj Raisani had created the longest flag of Pakistan in #Mastung in 2017. We did not give him the security he needed, just like the brave Haroon Bilour. Who will answer for pulling their security? Nobody knows in the Govt when we ask in Senate. Have never seen such a vacuum pic.twitter.com/ZKh9IwDDy2

We are suspending our election campaign for a day in solidarity with #Mastung victims. Im travelling to Quetta to meet affected families of for need assessment of short/long term rehabilitation. Request to all Pol Parties & our supporters to dedicate today to Mastung victims pic.twitter.com/oAdisa7sOh

Many took to Twitter to convey their dismay at the way Mastung was being sidelined on all leading TV channels.

.@HamidMirPAK on Geo right now, rightly telling a panel of analysts that if today's suicide blast in Mastung had taken place in Punjab, everyone would be talking about it. Instead, they're speculating wildly about NS' plane.

Ok @MaryamNSharif and Nawaz have been briefed, taken passports by NAB – can we please move to Mastung, it’s a 111 Pakistanis who have died. Come on media – atleast do a split screen.

Mastung people killed by terrorists have been buried by the media this quick. SAD beyond words pic.twitter.com/Nw24bJufCR