As a nation, we rely on memes as a coping mechanism. With our economy crumbling, the pandemic still raging on and never ending weddings, we've decided to celebrate the new year by making Adnan Siddiqui into a viral meme. 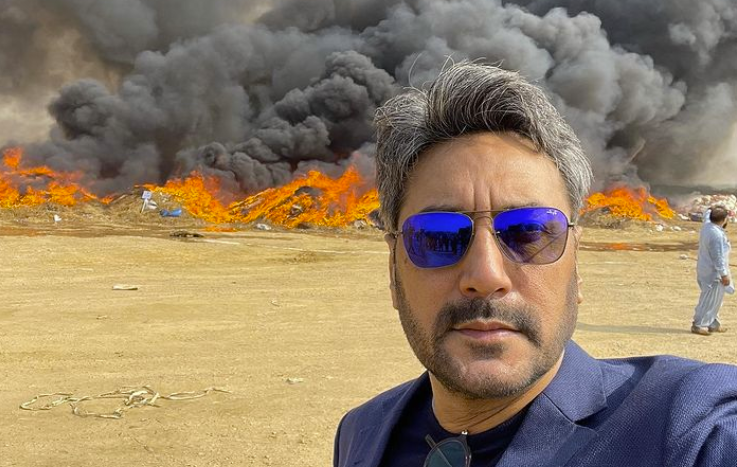 KARACHI: If there is anything the last two years have taught us it is that we can find humor even in the most difficult of times. And while the new year has begun, things aren’t necessarily looking too great. Between our crumbling economy, a pandemic that keeps churning out variants and weddings that just won’t end, we’ve found comfort in the most unexpected of things. That being, a selfie of Adnan Siddiqui as he poses in front of a cloud of fire and smoke which has turned into a viral  meme.

For reference, the Mere Pass Tum Ho star was invited to the destruction ceremony of confiscated goods organized by the Customs (Enforcement) in Karachi. The cloud of smoke and the fire was all the drugs and liquor being burnt. Now obviously, Adnan Siddiqui couldn’t simply get away with taking such an iconic selfie without it turning into a meme.

Some used the selfie to make a meme out of their lack of a social life:

Other’s used the Adnan Siddiqui selfie to make a meme out of the current state of politics:

get ready for the memes

What better way to describe your crazy ex than with a meme:

Some used the selfie to explain how their handling their life as of late:

If you want a history lesson, look no further than this meme right here:

It really can’t get any more relatable than this:

Our mom probably made this meme as a personal attack:

Who would have thought this selfie would turn into the most relatable way to kick start the new year?