Teasers for Chaudhry and Sons fail to impress 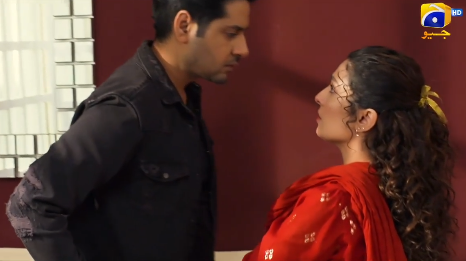 KARACHI: What would you expect to happen when you have two actors who are considered top class, a writer with a long list of accolades to her name and a Ramadan special in the works? Nothing short of spectacular content, we would hope. However, despite having all of these elements as part of the equation, teasers for the new Ramadan drama special, Chaudhry and Sons fail to impress.

Written by Saima Akram Chudhery of Suno Chanda and Chupke Chupke fame, the new drama stars Imran Ashraf and Ayeza Khan as leads. From the teasers it seems as though Ashraf (who plays Bilal Chaudhry) is supposed to be this cocky yet fun loving man(child). While we cannot fault the character, we can fault the casting. Imran Ashraf might bring star power to the drama, but the character just does not fit him. Instead, it seems as though embodying the character was incredibly forced on Ashraf’s end.

It also seems as if Ayeza Khan has a penchant for choosing to play annoying, immature leads in dramas. In Chaudhry and Sons, Khan plays the role of Pari, a name she keeps repeating more times than we can count in the teaser trailer. Pari and her mother are staying at the Chaudhry household where the female lead naturally butts head with Bilal Chaudhry. They both clash and will inevitably share some cute(ish) moments together. No drama is complete without the mention of marriage and that is exactly what is thrown into this mess as well. Pari and Bilal seem to be pushed into marriage even though they cannot stand each other.

As if the casting and the immature characters was not recipe enough for disaster, there is a whole lot of over acting from the side characters in the drama as well. Perhaps these things work for the larger masses who prefer mindless comedy after a long day of fasting but it does not really offer much in terms of new content. So, this Ramadan, if you were looking forward to watching something new, this Geo Tv special might not be the one for you.