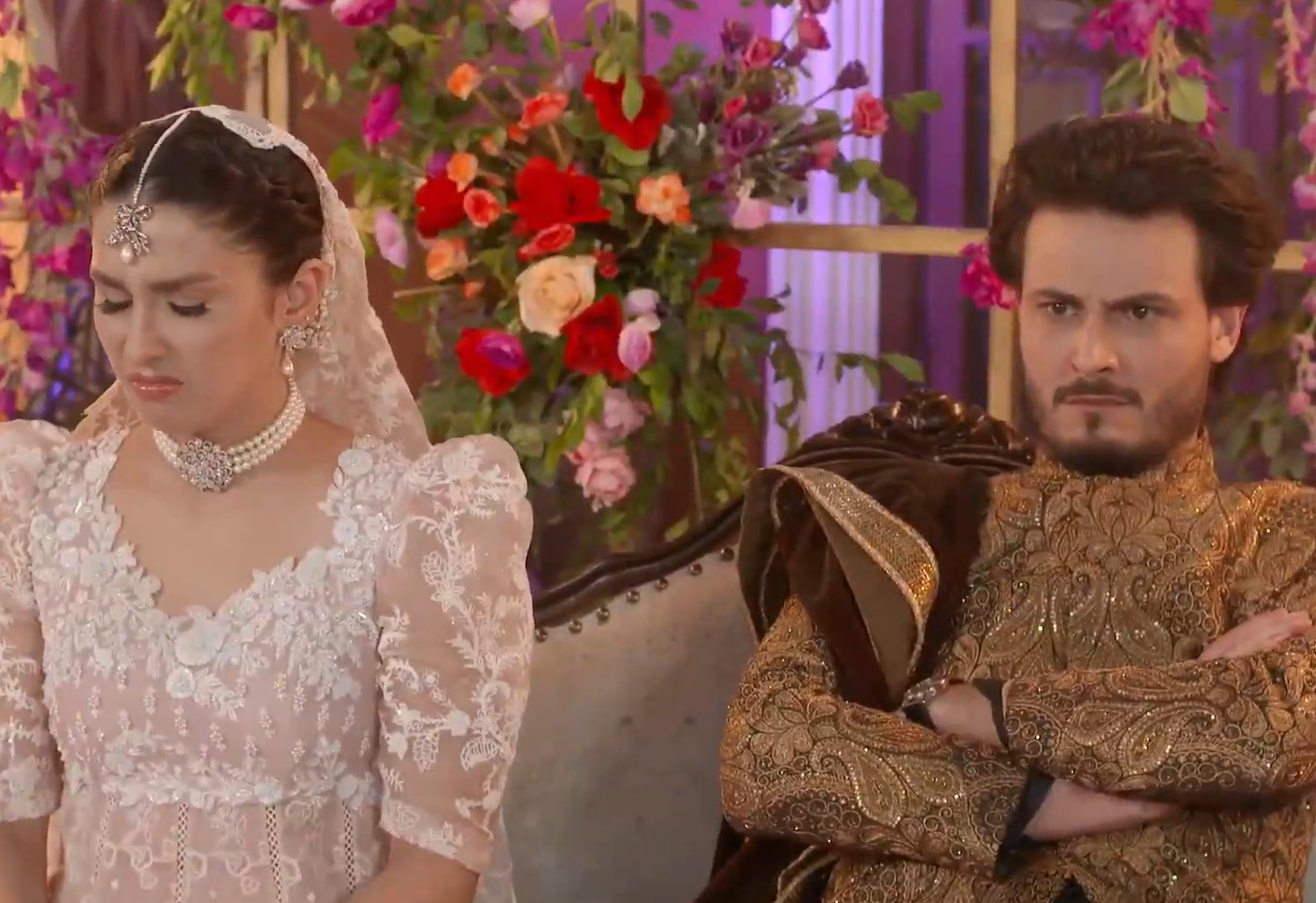 KARACHI: It is true that Pakistani dramas have come a long way with their storylines. Our industry seems to be welcoming more versatile scripts and actors, yet one concern remains. Why are our dramas obsessed with cousin marriages? Perhaps this story would not have been relevant had 2/3 of the Ramzan specials being aired these days not been promoting cousin marriages. Of course, living in Pakistan, cousin marriages are very much a reality but given the increased risk of mental health issues that these marriages pose, should our media really be promoting the practice? 13 episodes into the serial, Meenu (Ayeza Khan) and Faaz (Osman Khalid Butt) from Chupke Chupke have gotten married while Bela (Madiha Imam) from Ishq Jalebi is clearly in love with her cousin, Basim (Wahaj Ali).

Science has time and again proven how cousin marriages are a bad idea. According to a 2017 study by JAMA Psychiatry, children born to first-cousins are at a greater risk of mood disorders (such as anxiety) and psychosis. It was found that children of first-cousin parents were three times more likely to be prescribed antidepressants or anxiolytics and more than twice as likely to receive antipsychotic medication compared with children born to non-related parents. Not only do cousin marriages increase the risk of mental health issues, they also pose a threat to the physical wellbeing of a child.

In 2017, a panel of experts came together to ask the Government of Pakistan to take a step against Lysosomal Storage Disorder (LSD), which is a genetic disease. Children suffering from LSD barely lived up to the age of five if not treated in time. In 2019, 16 children of the same family in Nawabshah became handicapped and the reason turned out to be inter-family marriages. Other deformities caused by cousin marriages include blindness, cerebral palsy, thalassemia, and hearing and speech impairment. Then why are our dramas adamant on encouraging the practice?

Let us look at the example of Meenu and Faaz who are currently the audience’s favourite on-screen couple. Not only are they first cousins but the two cannot even tolerate each other. While the two were set to get married to different people on the same day, a tragic turn of events had them married to each other. Neither Meenu nor Faaz were on board with the idea but the elders of the family made the decision on their behalf, leaving them no choice but to say ‘qubool hai‘.

Chupke Chupke might be a comedy but the fact that its characters had no agency of their own is not entirely funny. When Meenu’s mother realizes that her daughter is not happy with the marriage and conveys the same to the bride’s father, all he says is ‘bachi hai, set ho jayegi’. So Meenu is old enough to get married but not old enough to decide for herself? Seems like the story of every other brown girl. What about Faaz? A grown up man who is repeatedly referred to as the most mature person in the house. Is no one going to listen to him either? Are the families conveniently going to compromise on the happiness and peace of mind of two adults simply so that the family’s izzat remains intact? Seems like they already did.

Meenu further reflects the emotions of thousands of desi girls when she realizes that the person who had been her brother (Faazi bhaiyya) and tutor (ustaad ji) for years is now suddenly her husband. To make matters worse, Chupke Chupke has another love story budding between two cousins in the form of Mishi (Aymen Saleem) and Hadi (Arslan Naseer).

Find someone who look at you the way hadi is looking at mishi!🥺❤🌸
#HaShi #ChupkeyChupkey pic.twitter.com/asyh3VHvV0

Sure, Bela and Basim from Ishq Jalebi have a different dynamics going on and their love story seems one-sided for now, but given the teasers of the drama, it won’t be long before the two meet half way. So then when are Pakistani dramas going to put a stop to an age-old narrative of cousins getting married for one reason or another? Do we really not have other relationships to explore? How about a storyline that shows the dark side of cousin marriages? Why not use media to discourage a practice which has continuously proven to be harmful?