Experts confirm that it has the power to alter your brain 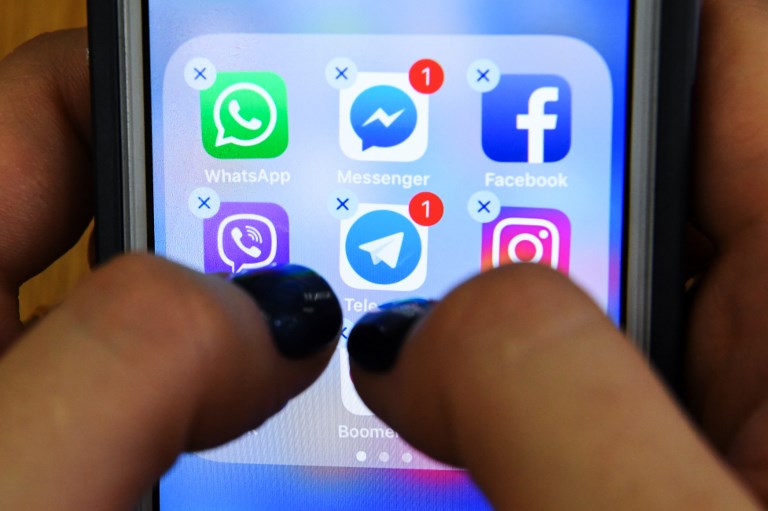 KARACHI: Living in 2018, there’s little you can do to avoid social media interference in your lives. Our phones are constantly buzzing with notifications and we feel the need to remain constantly connected.

This new age phenomenon driven by quick communication and a click-oriented culture has introduced us to a range of tech savvy apps such as Facebook, Twitter, Instagram, Snap Chat and so on. Social media has an array of advantages such as community building, ease of communication and establishing new connections. But on the flip side, it comes with a plethora of negative effects including mental health issues, especially for millenials.

Tech expert and chief editor of The New Spaces Rabia Garib told Cutacut that social media can have long-lasting effects on mental health, one of which includes screen addiction, which is the same as addiction to any other drug. “It is a behavioural and biological change, and once people are forced to let go of technology they’re addicted to, they experience restlessness and panic,” she says.

Nida Khan, a psychologist and private practitioner, told Cutacut that she has dealt with several cases whereby patients, mostly teenagers, have suffered ups and downs because of new-age media. In her opinion, social media tools have the power to distort reality and its perception in people’s minds. “During one session, a 15-year-old showed me 60 photographs that she clicked of herself, and then decided to post only one on her Instagram account,” elaborates Khan, while maintaining that the difference between each photo was so microscopic that it was invisible.

“It is a behavioural and biological change, and once people are forced to let go of technology they’re addicted to, they experience restlessness and panic”

While being able to click 60 photos may sound liberating, it also goes to show that people now have excessively greater control over their lives, they can choose from a total of 60 pictures of a version of themselves they want the world to see. Earlier, people weren’t able to curate and manage their lives as much as they can now. “Before social media emerged, people had to go through the trouble of clicking a picture and getting it developed. But now it’s not like that, and the need to always look perfect is anxiety provoking,” says Khan. People who engage on social media platforms put out the best of themselves on these websites, she continues, and people don’t showcase the downside of their lives which takes away from an accurate depiction of reality. Keeping up with this rat race can become challenging and mentally exhausting.

Khan says that another problem is instant gratification, which in turn, leaves little room for delayed gratification. “Instant gratification is when you want something, and you want it there and then,” she explains. “It excludes the concept of working for something and patiently waiting to earn it. Previously, people were willing to go through a certain set of steps to get somewhere but now social media has robbed youngsters of impulse control.” This is eminent in the need to ‘fetch’ likes on Facebook and Instagram. “If you post a picture of yourself and don’t get likes on it, it makes you wonder why no one liked it and that maybe something was wrong with the content you put up,” adds Khan.

Motivational Speaker Simon Sinek in a video interview from an episode of Inside Quest — a YouTube channel — addressed that social media addiction leads to the release of dopamine, which is the same chemical that is released in the brain when someone consumes drugs or alcohol. Khan confirms that the same chemical is released in the brain when people use social media excessively and that it has a noticeable effect on the human brain.

Addiction to phone screens also results in sleeplessness because the brain is being constantly stimulated. “It’s natural that it has an effect on sleep patterns which further impacts a person’s ability to function and instances of malfunction due to less sleep can result in depression,” adds Garib.

Social media has also created an environment where users are constantly informed about the other person’s whereabouts. “Up until a decade ago, there was a greater concept of calling someone on their landline and waiting till the person would be free to talk, but now WhatsApp has a double tick provision whereby it intimates the sender that their message has been received and read,” says Khan.

Therefore, according to Khan, research supports that there’s an increased risk of Attention Deficit Hyperactivity Disorder (ADHD) among seven- or eight-year-olds, because it accustoms a person to constant stimulation, discourages delayed gratification and also leads to heightened anxiety and depression among teenagers. It creates a web of complications because of which youngsters are becoming increasingly dependent on the likes they get on their photos, and having to maintain unrealistic portrayals of themselves in order to compete with others.

It also opens up another much debated topic: cyber bullying and impersonation. Marketing consultant Ahsan Syed*, 26, shares that he has encountered his own fake profiles numerous times on Facebook. “Seeing others impersonate you is a form of bullying and it is extremely painstaking. My female friends, in fact, fall prey to impersonation more; they are always stressed about someone else using their photos and information to create a fake profile of them,” he remarks.

Khan points out that the impact of social media on mental health is different for everyone. “Just as losing a parent will hit two siblings in varying magnitude, so will social media hazards. However, it does make people anxious because we’re all subconsciously comparing our lives to other people’s perfect depiction which often depresses a person about where they lack and where they stand.”

*Some names have been changed to protect identities