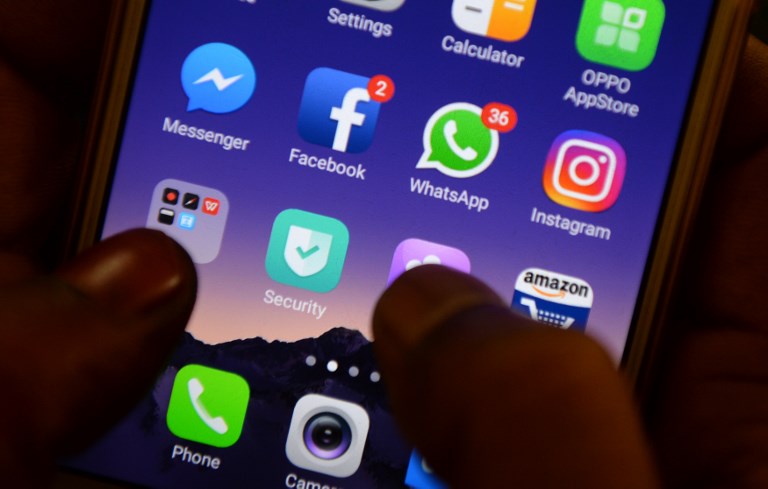 KARACHI: Over the past few days, you may have come across reports of a breach of online data and many social media users across the globe vowing to give up Facebook. The New York Times reported on March 17  that a voter-profiling firm called Cambridge Analytica had been obtaining private information from over 50 million Facebook users between 2007 and 2014 by using third-party apps.

We set out to find out how this affects Facebook users in Pakistan.

To gain insight on the matter at a micro-user level in Pakistan, we spoke to Shahzad Ahmad, the country director at Bytes For All – a Pakistan-based tech and human rights organisation – and Farieha Aziz, the co-founder of Bolo Bhi, a digital rights organisation.

Before things get technical, let’s look at the basics:

What is Cambridge Analytica?

Set up in 2013, Cambridge Analytica is a British consultancy and data mining firm that offers business services to a large clientele globally. These includes businesses and political parties, according to The Guardian. Their aim is to fetch consumer information for relevant companies and process it in exchange for services and marketing material. The company’s various sources of information include social media platforms such as Facebook, among others.

What does it have to do with US elections?

Many reports have claimed that Cambridge Analytica was actively involved in working on US President Donald Trump’s election campaign for 2016. In an interview with The Guardian, Cambridge Analytica Founder Alexander Nix revealed the firm was working with Republicans to counter the Democrats’ tech revolution and digital stability.

According to a deal between a UK-based academic Aleksandr Kogan and the aforementioned firm, user information was obtained via Facebook without authorisation. In an attempt to gain tabs on President Trump’s win, this information was then used by Cambridge Analytica to assess, influence and predict choices of about 50 million Americans and their Facebook friends for America’s general elections in 2016.

However, the accuracy of the matter is still under debate. But it has stirred uproar, bringing the social media platform in hot water from pressure and activist groups, and, more importantly, users.

This particular incident, however, isn’t the first time that Cambridge Analytica has become a subject of controversy. Previously, it has been accused of offering services to identify target donors for UK’s Brexit Campaign in 2016. It is also reported that the company contacted WikiLeaks founder Julian Assange to seek help in gaining access to emails linked to Trump’s opponent Hilary Clinton. Cambridge Analytica, though, has denied involvement in leaking data and information of Facebook users.

With Pakistan currently in an election year, Cambridge Analytica’s interference in US general elections sets a downward precedent, following which, there is a likelihood that people and political parties in our country may also consider such means to secure victory.

“We are in a state of chaos as a nation, therefore, I urge that we become responsible users in terms of posting and sharing data and give Facebook and other similar engines a tough time in mining and extracting our data,” says tech expert Ahmad.

With Facebook at the centre of the controversy, many social media users have awakened to protests against their breach of privacy. This scandal has led to disapproving remarks by Facebook users across the world. Thousands have brought their concerns of privacy to the table by coining the #deletefacebook movement. In the NYT report, it was revealed that the hashtag made as many as 10,000 rounds on social media within a two-hour time slot on Wednesday. The figures were substantiated by an analytics service known as ExportTweet.

Founder of the text messaging app WhatsApp Brian Action, in a tweet, urged internet users to boycott Facebook and raise a voice against violation of privacy and digital rights.

It is time. #deletefacebook

The social network Facebook procured WhatsApp in an acquisition worth $19billion in 2014.

Facebook authorities responded to the controversy after five days. In an interview with CNN, Facebook CEO Mark Zuckerbeg stated, “I am really sorry that this happened”.

He acknowledged that it is Facebook’s responsibility to protect user data and if they fail to do so, then they don’t deserve the opportunity to serve people.

There are few basic amends the social network needs to make, he said and went on to address that the platform needs to restrict the amount of data and information available to researchers, developers and third parties.

According to Ahmad, we must bravely call out the social network against this privacy breach. “Facebook shied away and it’s criminal on their part,” affirms Ahmad. He continues that they probably didn’t report it because they were just as involved.

“Facebook has been making billions out of these deals and exchanges, therefore, they must be held accountable.”

Over the past few years, internet users are willingly letting go of rights to privacy. “The argument shouldn’t be that one doesn’t have anything to hide but the fact that privacy is everyone’s basic right,” shares Aziz.

Facebook is widely used to Pakistan. Even in rural areas and suburbs, when people speak of the Internet, the first thing that comes to mind is Facebook, says Ahmad.

“When a service is free, the consumer becomes the product,” he says, adding, “However, it is problematic because users aren’t aware of the hazards.”

In Pakistan, data protection mechanisms and laws are nearly absent. Therefore, anything entities such as Facebook or Cambridge Analytica do would not be considered illegal here. This reflects poorly on our justice system because it doesn’t even account for these loopholes. Breach of information and violation of privacy are considered nonissues.

“What’s worse is that whatever goes on in our country happens under the cover of national security” thereby paralysing legions of internet users and consumers to pose questions on these, reveals Ahmad.

Therefore, even for purposes of research, there is little to no information available to an average Pakistani social media consumer. Besides, when matters function on the pretext of national security, individual users and entities can’t go very far to ensure data protection.

Only a few people are aware of digital rights in this country. We do not have any privacy commissioners that cater to individuals and organisations on issues related to privacy breach and surveillance. “So much so, that even members of our courts and bars have little knowhow on how these systems are run,” raises Ahmad.

Speaking of regulatory heads, the Pakistan Telecommunication Authority (PTA) has exercised little to no efforts in educating citizens. Despite the passing of a revised cyber crime bill in Pakistan in 2016, the country still lacks data protection systems. “The idea behind the law was to curb harassment, but that didn’t quite happen,” says Aziz.

Prior to the cyber crime law in 2016, censorship was a greater issue. Now, however, criminal prosecutions have become a leading problem, she adds.

In a country with barely any digital rights awareness, networks such as Facebook, enjoy amazing levels of impunity

“Facebook doesn’t fall under Pakistan’s jurisdiction, however, even for things that do fall under the jurisdiction, there is no accountability,” Aziz says, referring to spamming in form of marketing text messages.

Despite Article 19 in the Constitution, there has been no real damage control because it hasn’t been legislated and is being applied in an ad hoc manner.

“Unfortunately, they are only into massaging egos of ministers and political leaders, but when it really comes to safeguarding user data, they fail,” remarks Ahmad. Therefore, in a country with extremely less digital rights awareness, networks such as Facebook, Google and any third-party apps enjoy amazing levels of impunity, he adds.

Ahmad says censorship is not a solution but a problem in itself and we must not retreat. He says shunning social media is like not using motorways and roads. Usage is not a problem, he argues, it’s the set of precautions we fail to take that cause the problem.

“At the moment, we are trying to establish encryption as a basic right at United Nations (UN) level,” stresses Ahmad, actively working to control matters in the digital arena.

Shunning social media is like not using roads. Usage is not a problem, it’s the set of precautions we fail to take that cause the problem

He states that a mass boycott of Facebook will not and should not happen and that we must not deprive our young generation from it. “What we should do instead is stand our ground and demand rights to privacy and data protection and became educated users.”

But above all, Ahmad doesn’t advocate boycott of such platforms as, according to him, it’s also a show of defiance by consumers in an age where governments want to shun these things.

“I’d just say that post and share information but don’t get into the drill of games such as candy crush, farmville and ludo star because its these apps that mine data from our phones and we don’t realise it.”

As of now, Cambridge Analytica has been banned while investigations are underway. Zuckerberg claims that there will be a thorough investigation of each and every app that has access to a large amount of information of the website’s users.

In their own defense, though, Facebook’s deputy general counsel Paul Grewal stated that Kogan gained access to information from users who chose to sign up to his app, and hence, everyone who became victim gave their consent.

“Cases of regulatory oversight in regards to privacy have been reported in US,” says Aziz.

Aziz, however, argues against Grewal’s statement. She says that the issue doesn’t rise from people consciously giving up their privacy, but in fact, the way corporates and governments interact with each other. “There has to be a system that governs these interactions.”

She quoted the European Union (EU) for their strong data protection laws that guarantee privacy rights to each user. However, she added that cyber laws in the US focus more on rights to freedom of speech and that cases of regulatory oversight in US have been reported which makes them as a relatively weaker jurisdiction as far as privacy is concerned.