Lessons on love, loss and humanity by Mrs. and Mr. Shameem 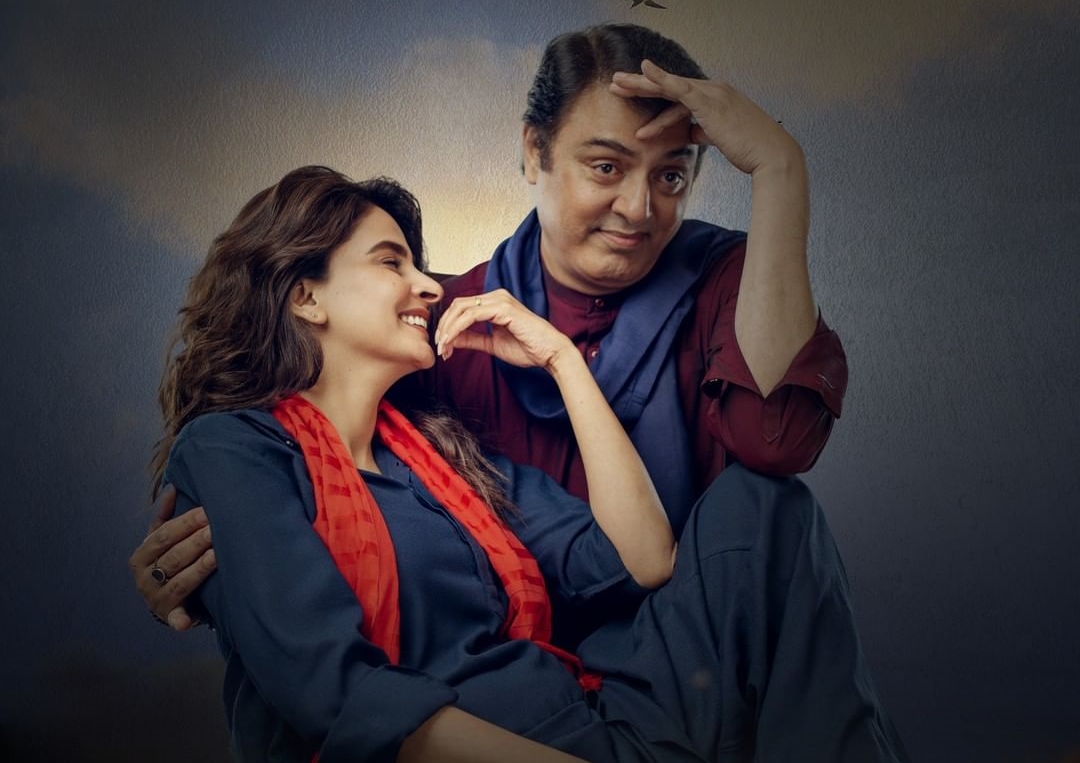 KARACHI: Truth be told, I am not big on watching web series. Having a day job that requires me to stare at my laptop for hours on stretch, returning to the same screen during my ‘me time’ holds little fascination. Yet, every now and then, a show makes its way to my watchlist and Mrs. and Mr. Shameem made the cut for all the right reasons. While many Pakistani viewers have been struggling to watch the show online, given that Mrs. and Mr. Shameem is streaming on Zee5, I was honoured to receive exclusive access by the team.

Having watched the trailer and spoken to Saba Qamar and Naumaan Ijaz prior to the release of the show, I had a fair idea of what the series would entail. Or so I thought. Qamar plays the role of Umina, a girl from a broken family from Jhelum who lives in a hostel in Lahore. Ijaz plays Shameem, the eldest of four siblings and the only man in his family. From the trailer, we could expect Shameem to fall in love with his sister’s bestfriend, Umina, and for the latter to reject him on the basis that he is not ‘masculine’ enough. But man, was Saba Qamar right when she said that this is not all that the web series is about!

One would expect events in the series to follow a chronological order. Umina as this fun loving, outgoing girl who falls in love with the wrong guy, Shameem who patiently waits for Umina to accept him and for the two to spend their lives together. However, episode 1 opens with a scene of Shameem and Umina in old age. Shameem has white hair and walks around with a stick. Umina, on the other hand, needs her husband’s support to get up, get dressed and make her way to a show where the couple has been invited to share their journey.

Clearly, Shameem and Umina made it in the long run. So then what’s the point of the show? Viewers are taken back into time, on the occasion of Shameem’s sister’s wedding. Saba Qamar and Naumaan Ijaz magically transform into their younger selves. Ijaz instantly wins audiences over with the slight change of tone and the most subtle hand gestures. He wears a tiny pony tail and a scarf around his neck. He dances with his niece and Umina, looks after all the wedding arrangements but also ends up getting insulted by his brother-in-law.

You see, Shameem is not like his brothers-in-law who wear badges of masculinity and ghairat with pride, only to abuse their wives and other women. Shameem is effeminate, caring and simply human. The way he stands up for his sisters and would rather he gets beat up than anything happen to the women in his house is heartbreaking. Shameem takes all abuses sent his way with a smile on his face.

Umina enters the wedding festivities wearing a fake smile and teary eyes. Right off the bat, Shameem and audiences figure out that something is wrong. Enter Bilal (Agha Mustafa), the groom’s bestfriend and Umina’s ex boyfriend. In a conversation between the two, it becomes apparent that Umina is pregnant with Bilal’s child while the latter wants nothing to do with her or the kid. Hopelessly in love with Bilal, Umina refuses to seek help from anyone.

She returns home to her father and step mother only to be thrown out when they find out about her pregnancy. The conversation is not one that anyone would expect to hear in a desi household yet, it hits audiences like a brick with its rawness. Umina does not hide her truth, she is not afraid to make her father realise how he abandoned her when her mother passed away.

Umina has a range of emotions that she experiences. She cries at her condition, laughs at her helplessness, goes into hysteria over her situation. Her expressions change within seconds and no one knows what is going to come out of her mouth next. Yet, Saba Qamar nails every angle of the character. Every emotion is believable and heartbreaking when performed by the actor.

Perfectly complementing her is Nauman Ijaz as Shameem who stays mute every time Umina gets louder. He carries the pain in his eyes yet never bats an eye when Umina beats him, abuses him or pushes him away. A particularly saddening scene is when Umina meets Bilal after weeks of trying to track him down. Shameem sits in a corner listening to their conversation as Bilal tells Umina that he will accept her and the baby and get them a separate apartment. Bilal, a married man, offers Umina to become his mistress. Shameem weeps away while Umina stays silent in shock.

These conversations are hard to listen to, yet alone experience in real life. Audiences hold their breaths as they wonder what will happen next. Shameem helps Umina pack her bags as she prepares to leave for Bilal’s. He silently fixes her eyeliner because he knows she has always struggled with makeup. Shameem assures her that being his wife will never restrict her in any way. She can use their nikkahnama as a certificate that will shut people’s mouths while she lives a life that she has chosen. So Umina packs her bags to leave for Bilal’s.

The show has 20 episodes in total yet so much has happened in just four of them. Mrs. and Mr. Shameem allow for some eye opening conversations. They allow viewers to see a couple that is broken in so many ways. The series holds up a mirror for our society for viewers might gasp at some of the things said in the show, specially to people like Shameem, but are most of us not guilty of holding the same opinions in real life? Do we all not know people like Bilal and Shameem’s brother-in-law who will shameless exploit women and then proudly wear the badge of masculinity?

Have so many of us not been in Umina’s position where we repeatedly go back to abusive partners simply because we love them? But we, like Umina, must learn that often times love is not enough. Relationships need mutual respect, something that Shameem can teach all of us.

The story also has another layer to it, one that will unfold in later episodes. Watching Mrs. and Mr. Shameem takes a whole lot of emotional strength. To go back to the series and live Umina’s truth through her is not a cup of tea. Yet, we must do it in order to make way for conversations that need to be had. In order to shed light on the people who are often pushed into the dark. As audiences and critics, we must gather the courage to accept and appreciate shows like Mrs. and Mr. Shameem.