Exclusive: In conversation with Saba Qamar 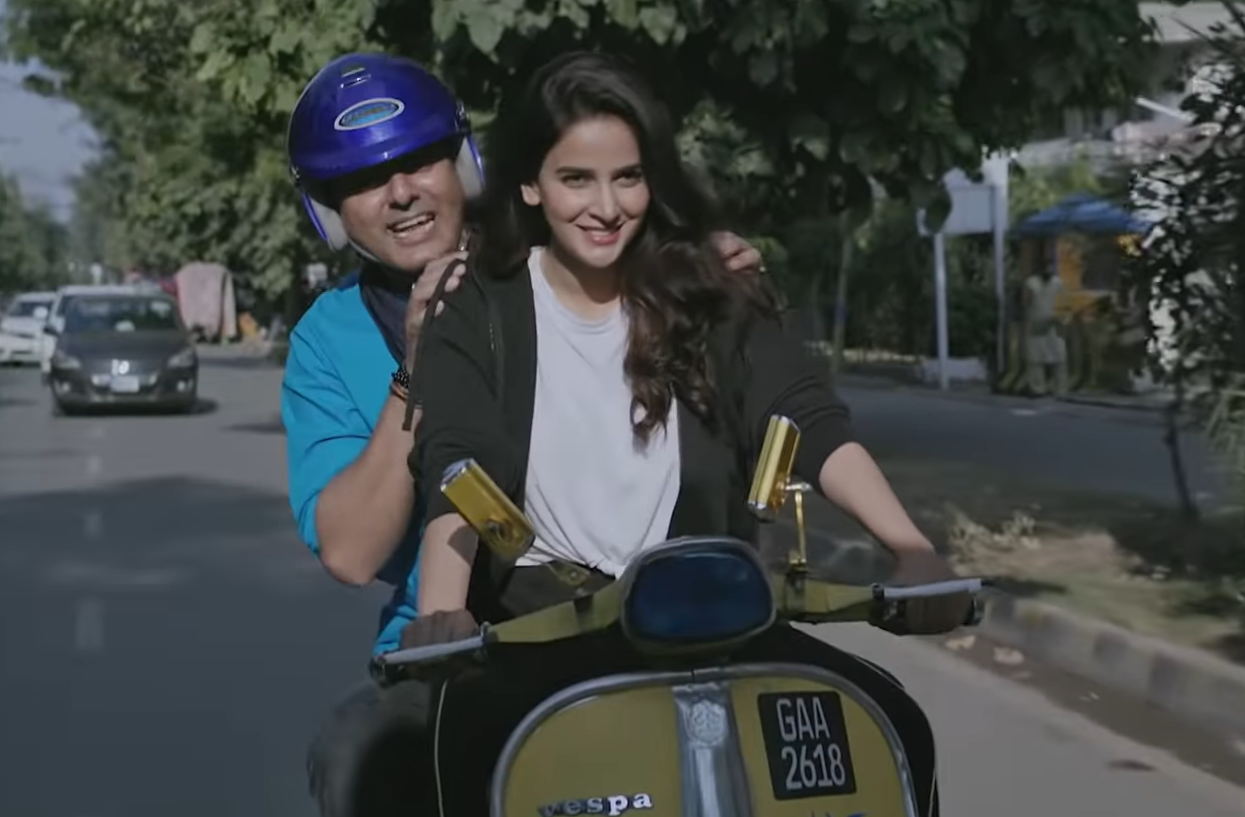 KARACHI: Baaghi, Cheekh, Besharam. Pick out any of these shows and one thing that will stand out is that Saba Qamar has played a strong character in each of them. While many actors in the industry may be playing it safe with their choice in roles, Qamar has time and again delivered performances that are not only admirable but also inspirational. Starring in movies, dramas and web series, Saba Qamar seems to be doing it all. But she is also set on choosing characters that stand out from her previous roles. Now set to star in ‘Mrs. and Mr. Shameem’ as Umina, Qamar let Cutacut get a bit of insight about her character and the show.

Looking at the trailer of ‘Mrs. and Mr. Shameem’, one can gage that the show is not going to be a mainstream take on love and relationships. Saba Qamar plays Umina while Nauman Ijaz plays Shameem, a man who does not fit into the definition of a typical man. Eventually, Shameem falls in love with Umina, with the latter appalled by the idea for she has always dreamt of a ‘man’, a prince charming who would sweep her off her feet.

Speaking about what convinced her to sign the project, Qamar reflect on how “I feel like we’ve made too many stories on saas-bahu, we’re done with that. Now is the time to discuss issues so that people become more aware. And the definition of love, relationships. This is a very mismatched pair, Shameem and Umina. As you might have seen in the trailer, people might think that Shameem is gay or maybe he is a transgender. But he isn’t. He is a little effeminate, growing up as the brother of four sisters.  And in our society, our families, there are so many individuals like Shameem. But we don’t know how to respect these people. We have a habit of criticizing, judging, and commenting. So to understand that every human is a human, and everybody deserves respect. Because often times we don’t think about how our comments are going to impact the other person, how miserable are we making their lives?”

Sharing how the web series sets out to give respect to a character like Shameem’s and acknowledge the existence of people like him, Qamar reveals that she was super excited to sign the project. “When Kashif bhai narrated the script to me, I was so excited. I said Kashif bhai, I’m in!” she recalls her conversation with director Kashif Nisar.

Speaking of her character, Qamar reveals that Umina is a regular girl who grows up believing that only a good looking, muscular who physically checks all boxes can become her partner. “But that’s not the reality,” Qamar reflects. “After watching Umina’s character, women will understand that that is not true. That’s not always the case. Pretty faces and good bodies, or an ‘achay ghar ka larka’ does not mean that the person is a good human as well. You don’t need these traits for that. Your husband could be perfect in the eyes of society but he beats you up at home. Are you truly happy with that person then? No, you are surviving…More than beautiful faces, we need beautiful humans, who understand love, who value you, respect you.”

Qamar also opens a new layer for her character. Since Umina belongs to a broken family, her life experiences are also different than most people. Her decisions are different, be they good or bad. So ‘Mrs. and Mr. Shameem’ is also a story of coming of age, of experiencing life. “The trailer does not give away the full story. What you see in the trailer will be wrapped up in the first few episodes, I think. And then we will touch upon other issues.”

Of course, with unconventional storylines comes the risk of backlash. But Qamar does not seem worried about that. “No, I am not worried about the backlash. People think this is a bold story, but it’s not. Kashif bhai has only tried to give respect to a character who deserves respect. Regardless of how educated we are or how successful we are, there is a mindset that whenever we see khwajasiras, or anyone who behaves differently than us, it is our habit to make fun of them. It is compulsory for us to make fun of them,” she reflects. “To be educated does not mean that you receive good education, it means that you respect other people, that you feel for other people. That’s all we’ve tried to do in this story. And if not now, then when?”

The actor also believes that local audiences are ready for such characters and narratives. “After COVID and all, we’ve gotten a reality check from God. If humans don’t value each other even now, then when? And if you see my body of work, it has always been on similar lines. There is Baaghi, Cheekh, even Hindi Medium, I’ve always picked issue based projects. So I’ve always been like that. I like to take up things that are difficult and also different. It’s fun.”

Other than ‘Mrs. and Mr. Shameem’, Saba Qamar recently starred in Urdfuflix’s ‘Naina Ki Sharafat’. We asked the actor about whether Indian platforms like Zee5 allow for more freedom and hence, are easier to work for. “Honestly, I feel like Naina Ki Sharafat is more bold than Mrs. and Mr. Shameem. If you watch Naina Ki Sharafat, that has bold scenes, bold dialogues. But Mrs. and Mr. Shameem is a show that you can easily watch with your families,” reveals Qamar. “But yes, there is more freedom because there are certain issues or scenes which PEMRA or our television does not allow for. I understand their restrictions, it is important to follow our culture also. It’s good that Zee5 has that freedom and it gives freedom to actors by discussing important issues. I’m loving it.”

Actors may have more freedom on certain platforms than the rest, but do women enjoy the same freedom as artists in a country like Pakistan? Cutacut asked Qamar about her journey as a female actor, to which she responded, “In our society, it is difficult for women to step out and work. Whether it is an actor, a teacher, someone who works at the salon…It’s going to take time but I do feel like people are evolving. They do have a better understanding. For instance, it was harder for women to step out for work earlier but now people don’t mind it as much. They appreciate the women of their house going to work. But still, majority people need to learn more, evolve more. There is a lot more room for improvement. And it is difficult. There are challenges. Be it Saba Qamar or someone else, we have to face challenges. And now I’m used to it. That’s sad at the same time. But we have to deal with it.”