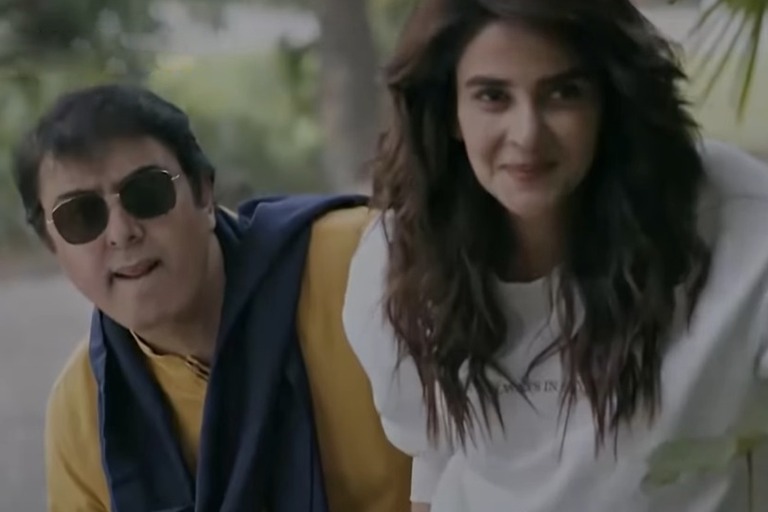 KARACHI: Pakistani shows on Zee5 have really raised the bar for local content creators. From Churails to Qatil Haseenaon Keh Naam, each web series is unique in its own way. They all challenge norms, specially those based around gender and what a ‘good woman’ is or what defines a ‘man’. The latest Pakistani series for Zee5 to release its trailer is the Saba Qamar and Nauman Ijaz-starrer Mrs. and Mr. Shameem. And it is full of pleasant surprises, to say the least.

From its very title, the show seemed like it will challenge some norms. Instead of the traditional ‘Mr. and Mrs.’, the switched order of prefixes looked intriguing. However, few could have guessed what the trailer of Mrs. and Mr. Shameem was going to contain.

Right off the bat, we are introduced to Nauman Ijaz’s character, Shameem, who is, time and again, referred to as someone who is ‘not a man’ even though he looks very much like one. Because of the way he speaks and carries himself, he is labelled as ‘sissy’. Many even refuse to see him as human simply because he does not fit into the box of a ‘typical man’.

Saba Qamar plays the role of Shameem’s sister’s best friend. The two characters are shown to share a special friendship where they dress each other up, stalk boys together and just have a good time. Until Shameem falls in love with her.

Based on how quick we are to jump to conclusions specially about one’s gender identity and sexual orientation, one may have expected Shameem to be gay. However, he is clearly interested in women, that too Ummi (Saba Qamar), who has never seen him as ‘a man’, let alone a partner.

The web series also sheds light on issues faced by women, another gender that is considered weak and secondary in our society. As life happens, Ummi is left alone and has to turn to Shameem so that she has a man’s name next to hers. She marries him so that their children in the future do not have to grow up without a father, or a man’s surname. Hence, alienated by society, Shameem and Ummi find refuge in each other.

Both, Saba Qamar and Nauman Ijaz, are phenomenal actors. Bringing them together on screen is sure to create magic. Props also need to be given to the actors for playing roles that challenge societal norms and encourage important conversations. Credit is also due to Saji Gul and her team for putting together a risky storyline. Once the web series goes on air on March 11, we hope that audiences will receive it well.