After clip of Fawad Khan fixing wife's hair goes viral, Shahbaz Taseer and Adnan Malik have advice for men on how they can do better 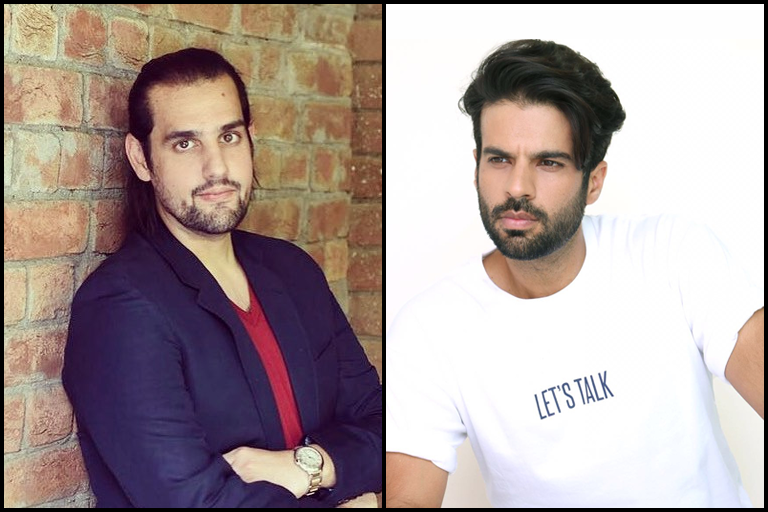 KARACHI: The Internet was abuzz in Pakistan when a video clip of Pakistani heartthrob Fawad Khan showing him trying to fix wife Sadaf Khan’s hair at his sister’s wedding was released on social media. Hopeless romantics on Instagram could not conceal their excitement at this (inadvertent?) public display of affection by Fawad towards Sadaf.

But the gesture was not — and shouldn’t be — written off as merely something a romantic man would do. The reason to celebrate it goes much deeper than that.

Read: #InternationalMensDay: A meninist speaks up about the importance of having an entire day dedicated to men

Often men are shamed and get made fun of if they are kind and show any kind of affection towards their significant other. They are not allowed to be sensitive publicly and are encouraged to be cold in personal relationships. A desi man especially is not supposed to exhibit any tender loving care for his wife.

So it is rare, especially for a desi man, when he feels secure — and not emasculated — while showing kindness to his partner, with confidence and without a care in the world about who’s watching. Chances are, he has had to fight society’s norms of a conventional macho man, and unlearn a lot of toxic masculine behaviours, such as not being a playboy.

As renowned commentator Shahbaz Taseer pointed out, boys are taught that they need to adopt the persona of a playboy to perform the gender of a man.

“It’s an image that almost every male I know has to tried to incorporate to suit there personality,” Taseer, who is a father of a two-year-old daughter, said in a tweet.

Read: 6 fictional desi men to remind you why you’re lucky to be single

“Because of the pressure this image brings… people’s relationships suffer and women are usually at the opposite end of whatever treatment is vetted,” he added.

But the video clip of Fawad Khan and Sadaf Khan sharing a small moment is a prime example of the former fighting the gender stereotypes.

It’s refreshing to have men like @_fawadakhan_ who fight this image and don’t take pride in it. He promotes the image of a young secure educated male who respects women and leads by example. I like him, he’s a breath of fresh air for all the guys fighting to keep it hardcore

“[Fawad] promotes the image of a young, secure, educated male who respects women and leads by example,” Taseer explained, saying that Fawad Khan’s simple gesture is a “breath of fresh air” for men who are trying to break away from the gender stereotype.

“Men struggle with ‘male identity’ because of these unrealistic (and frankly misogynistic) archetypes. But times they are a changin’,” Malik said in a tweet.

“I now see men who are confident in their masculinity by owning sensitivity.”

Malik also made a very good point when he said men need to practice more compassion towards other men.

“I think if men cultivated their sensitivity more and practiced compassion towards other men, there would be a wholesale change in society.

“Aggression towards women is often a result of pent up frustration because we can’t cry, be emotional, or be ‘man enough’”

The Cake star said that the media can help shifting these gender stereotypes by portraying men as being compassionate and sensitive.

Some ways this can manifest a) in the media we can portray men as more compassionate & sensitive and content with their own lives. An alpha man doesn’t have to be the gold standard anymore. B) if we can teach our young boys to be more tolerant & not bully other kids

“An alpha man doesn’t have to be the gold standard anymore,” he said, adding that change should also begin from a young age.

“We can teach our young boys to be more tolerant and not bully other kids,” Malik said.