Exclusive: In conversation with Naumaan Ijaz 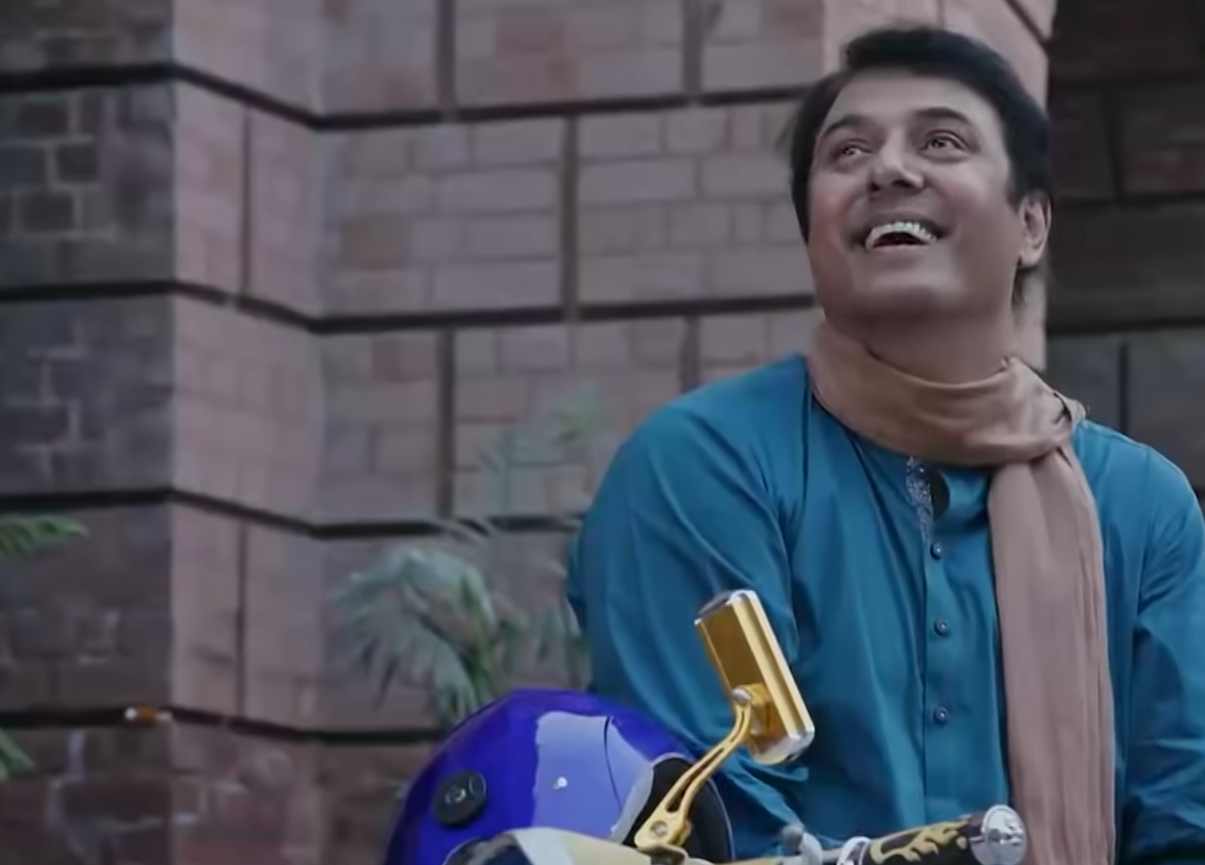 KARACHI: Over the span of his career, Naumaan Ijaz has continuously managed to wow audiences with his prowess and his diverse selection of characters. He has done it again with his upcoming web series 'Mrs. and Mr. Shameem‘. The web series has been directed by Kashif Nisar, written by Saji Gul and will see Naumaan Ijaz sharing the lead role with Saba Qamar. In an exclusive interview with Cutacut, Naumaan Ijaz talked about his character in the new show, the difference between TV dramas and a web series, whether he felt any hesitancy while taking up such a tabooed role and his stance on the Pakistan-India artist ban.

Naumaan Ijaz revealed that ‘Mrs. and Mr. Shameem’ is about an effeminate man and how he reacts to human emotions. He explained that the web series “explores how the progression of life takes place.” He talked about how characters like Shameem are often overlooked or not taken seriously, “Somehow or the other, it is a character that was never taken seriously before in any film or drama serial.” And he has a point. Dramas usually stay away from including effeminate men in their plots and if they do, they are usually given minor roles and are often made into a joke. However, in ‘Mrs. and Mr. Shameem’, “It is the first time a character of this sort has been given the role of a main lead.”

Ijaz talked about how he cannot ignore the fact that men like Shameem are a part of our society. He elaborated that being effeminate does not take away a man’s masculinity, “There is still a man in them.” It is just that they were raised in a predominantly female household with no father figure and so they develop certain attributes.

Cutacut asked the actor whether he felt any hesitance while picking a role such as Shameem considering just how conservative Pakistani audiences are and how tabooed a role of an effeminate man is. He let us in on a tidbit about how “this role was conceived by me, this entire concept is mine. This concept was presented to Pakistani channels ten years back and they rejected it.” He said that the dramas only like to focus on saas-bahu fights. Our dramas are not interested in a bamaqsad (purposeful) story line but would rather show baymaqsad (pointless) plotlines. He also revealed that ZEE5 approached him two or three years ago and he thought why not propose the idea to the platform. Ultimately, they loved it and that is how everything fell into place.

When asked how he was able to embody the character of Shameem and whether it was difficult for him to do so, Naumaan Ijaz responded by saying he did not face any difficulties at all, “As an actor I have always believed that no matter what the role is, there is a part of that character present in you. What makes you stand out is because you have the ability to bring out that character.” He further elaborated that “Inside every woman is a man and inside every man there is a woman. While you might not be able to bring that manly side out, I was given the ability to bring the woman in me out.”

Ijaz was very candid about how actors have become comfortable in taking up typecast serials. However, over the course of his career, “You will find variation because I will not repeat the character.” But what about the fear of being associated as the character they portray and have their image distorted? Ijaz was very staunch in his belief that if any actor has that fear, they are being silly. “Do you want your image to be as one of the best actors out there of do you want your image to be as what you are?” He says he has played so many different characters from a predator in ‘Dar Si Jati Hai Sila’ to the evil feudal lord in ‘Mera Saaen’ but he never had to worry about those characters being associated with who he is as a person. “How can an actor’s image be ruined? Their image is either as a great actor or as a terrible actor.” And to be a good actor one needs to take on a wide variety of roles even those they are not comfortable with because “acting is minus you, minus yourself.”

When asked about whether he felt a difference in acting for a drama and acting for the web series, the actor revealed that there is an incredible difference between the two. Not only is there more freedom especially with the content but web series give you more creative freedom, “The future is OTT.” However, unfortunately, he says we do not have web writers or web actors. “The process of what we do for the web is entirely different from what we do on television. You have to unlearn to learn what is happening on the web.” To put things into perspective he explained how our writers do not write conversations, they write dialogues. From what is said in the dialogues to the way it is said is not reflective of how we speak in a normal, everyday conversation. Web series, he says, flow more naturally and reflect everyday lives much better than television shows.

Talking about opting to work with an Indian OTT despite the ban on Pakistani artists he said he had no issues working with an Indian platform. He called the ban ridiculous because irrespective, audiences of both sides are watching each other’s content. He also called the ban a political one which was only fueling further hate and intolerance rather than leaving the corridor open for a merger of cultures and art.

When asked what is next for Naumaan Ijaz, he said he is open to anything. So much so, if he is invited to do something for the radio he would take it up.