No drama is complete without its supporting cast and these actors proved just that, not just with the way their expressions did the talking but also how they delivered their dialogues 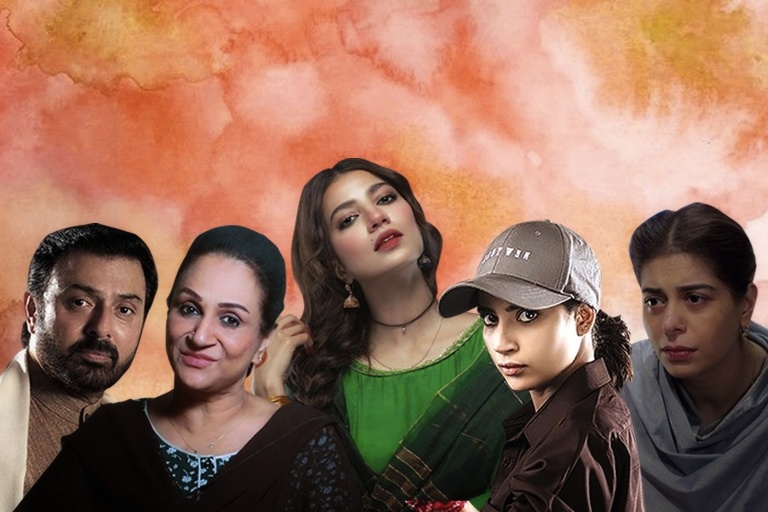 KARACHI: 2021 has been a great year for the local drama industry. This year, unique storylines with brilliant acting ruled our screens. New talent emerged and more established actors did what they do best. However, where the leads in any drama are important, the supporting actors are just as important in moving the story along. And these Pakistani actors proved just how important their roles where whether it was the way they let their expressions do the talking, the way they did justice to their character representations or the way they delivered their dialogues in dramas that aired in 2021. There is no doubt that these dramas would not be the same without their supporting cast.

Over the years Nouman Ijaz has proved that there isn’t a role or a character that he can’t play with conviction and so playing a shady businessman haunted by his decisions almost seemed like a walk in the park for this veteran actor.

Nouman Ijaz, one of the many Pakistani actors who starred in dramas in 2021, played the role of millionaire Behroze Kareem with some questionable side dealings who our beloved Parizaad works for. Behroze Kareem is a man who values loyalty above all and when his wife betrays him he makes choices that haunt him and end up bringing about his downfall. While his dialogue delivery was on point, what made Nouman Ijaz stand out was how he managed to say so much with just a few words but a whole lot of expressions. Whether it’s him showing his absolute disgust at someone’s actions or when he was haunted by losing the love of his life, Nouman Ijaz made the audiences feel the emotions his character was feeling.

Nouman Ijaz showed true dedication to playing the part of Behroze Kareem and he nailed the role right down to the mannerisms. From the way he spoke right down to the way he walked dripped with so much pride and ego, that it’s almost difficult to differentiate between the actor and the character. And then to adopt a complete change in personality post tragedy, only Nouman Ijaz could have pulled it off so subtly.

Another interesting storyline that was a part of the Parizaad plot was that of Bubbly Badmash. The drama broke through the norms when it came to the portrayal of transgenders. Rather than making the character as the butt of jokes, the drama instead threw light on how they are misunderstood and their struggles. And boy did Saboor Aly do an exceptional job.

While Bubbly Badmash did have some funny moments, nothing felt forced by Saboor Aly – another strong name from the pool of Pakistani actors who won our hearts in 2021. Her entire demeanor from the way she spoke, to the way she talked right down to the way she stood was so brilliantly done. Not once did she break away from her character and even when her character wasn’t in focus, small actions like pushing up her sleeves or her wide legged stance kept her true to her role. So when she began her rant about how degrading it was for families to come and “look” at the girl, audiences were constantly reminded that her struggle was actually twofold; not just as a woman but to Bubbly who doesn’t necessarily identify as a woman.

While we’re on the topic of breaking stereotypes, there’s no way we can forget Rabia Butt in Pehli Si Mohabbat as Nargis. Although she was part of an incredible, ensemble cast in the drama, she ruled our screens and our hearts. She played Rakshi’s (Maya Ali) stepmother and for once, there was no conflict between the stepmother and stepdaughter. Rather there was nothing but support and unconditional love. The interactions between Rakshi and Nargis were always heartwarming.

Another major part of Nargis’ character arc was that while didn’t have a reputable background, she was still trying to live a respectable life, no matter how many times her past was thrown in her face. But when it came to throwing shade at those who were in the wrong (especially her husband) or when it came to defending the people she loves, her old self resurfaced and it was a treat to watch an unapologetic, strong woman. Rabia Butt is one of those Pakistani actors who proved their mettle in 2021 with a rare performance.

Uzma Hassan as Zainab earns a spot on the list for the reason that she played a character who took a complete 360 degree turn as the story progressed and she did it so gracefully. The drama begins with Zainab being this aloof, uncaring wife. Her interactions with her husband are robotic and emotionless and she’s just someone who is hard to like.

But as the drama goes on and she’s faced with her past demons where she sees history about to repeat itself, she grows closer to her husband and her stony exterior begins to chip away. While the couple might have two kids and are well into their marriage, watching Zainab try to make amends with her husband was almost like watching the start of their relationship, complete with shy looks and smiles.

But it isn’t all just loving looks that Zainab has to offer. When forced to confront Sikandar who just wasn’t letting go, she wasn’t short of her share of disgusted looks either!

It would be unfair to not include Bushra Ansari in our list especially after she played the role of Mumtaz in Pardes. The drama tells the age old story of a middle class family who learns that the grass isn’t always greener on the other side and that moving abroad to earn money isn’t as easy as it seems.

Ansari slipped into the role of the family matriarch who convinces her son to move abroad and in the background she makes her daughter in law’s life all that miserable. She nailed the dialogue delivery and also did a good job at being a convincing terrible mother in law complete with headshakes and expressions!

Saboor Aly is a vision in these 5 monochromatic looks