Also, is it just us or did the video make a comment about Maria B's chandelier? 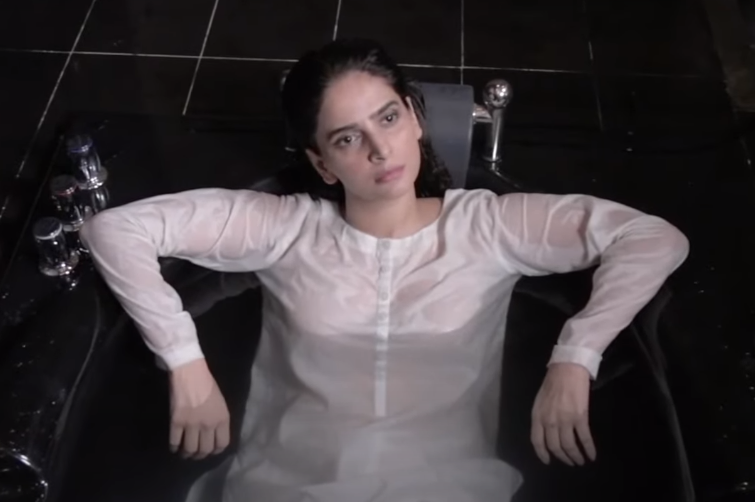 KARACHI: Saba Qamar is now a writer, and man, she can write. We’re saying this because we just saw her latest work, which has been written and performed by Saba herself and it’s a video that will probably be relatable to a lot of people of a similar socio-economic background.

The video in question is the first episode, or so it has been titled, on Saba’s new YouTube channel. Called Isolation, the performance has Saba emanating emotions and feelings similar to what we’re all dealing with nowadays. Being cut off from loved ones, feeling alone and trapped, the realisation that we’ve been wasteful of the Earth and its resources and all the other thoughts that have taken precedence now that the world has slowed down because of Covid-19.

And there are many clear instances where Saba is making subtle hints. A scene shows her taking off her very heavily embellished rings from her fingers before leaving the water tap running longer than is needed. Clearly, the actor is requesting us to do some self reflection and think of ways in which we can be better to ourselves and each other.

But the one scene that got our attention is a close up of a chandelier that hangs above Saba when she is submerged in water in a bathtub. The chandelier immediately reminded us of the now infamous chandelier that hung in designer Maria B’s house, visible in a video that went viral a few weeks ago. The video was a reminder of Maria B’s privileged background and while she made the video to appeal for help for her husband who had been arrested for sending their corona-positive cook to his village, it was the unfair advantage of the rich and privileged that took centre stage, thus making that chandelier a symbol for the growing divide between the rich and the poor of this country.

It’s well written and well enacted. We feel isolated too, Saba. And we all feel lonely. And if nothing else, then the video reminds us that in feeling lonely, we’re not alone.