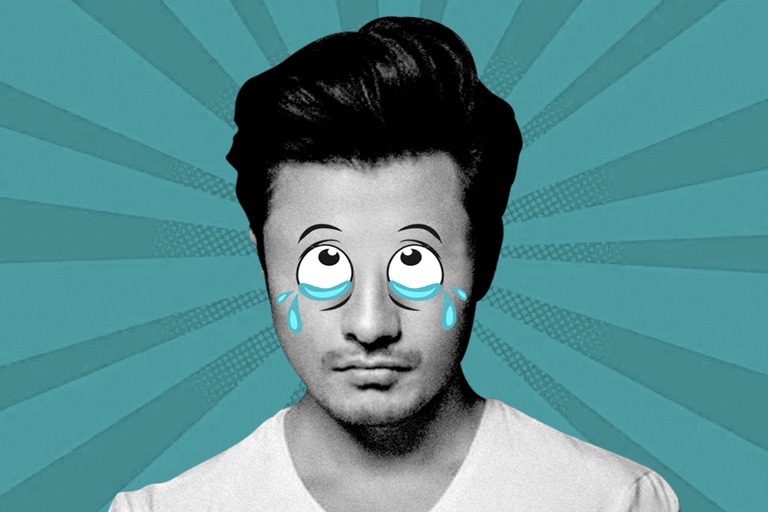 KARACHI: The #MeToo movement has been picking up momentum in Pakistan. At the forefront of those accused of sexual harassment in Pakistan have been multiple male celebrities. With Ali Noor being the latest addition to the list, Ali Zafar, Ukhano, Abdullah Qureshi have also been named amongst others. As if the allegations against them were not horrifying enough, the way some of these men reacted to the accusations is even more disturbing. In an almost comical series of events that have followed the #MeToo movement in Pakistan, here are some of the ways our celebrities have dealt with allegations of sexual harassment.

Perhaps one of the foundations of the #MeToo movement in Pakistan was set by Meesha Shafi in 2018 when she came forward with her allegation against Ali Zafar. Shafi contested that Zafar had “groped” her during a rehearsal in December 2017. She also claimed that this was not an isolated incident. Nearly four years later, the case is still going on. Zafar may have thrown defamation suits against Shafi and her allies but one of his initial reactions will always remain memorable. Ali Zafar cried on national television to plead his innocence. Honestly, aren’t we all lowkey proud of him for doing that? Living in a patriarchal society where men are constantly told to hide their emotions, this public figure had the courage to shed tears in front of the whole country?

Not only did Zafar cry over the accusations, he also expressed concern over how Shafi’s actions were ‘not good’ for society as a whole. He also expressed empathy for Shafi and what she was potentially going through (which was, according to Zafar, creating fake social media accounts and aiming for Canadian immigration). Watching Zafar’s clip only makes one wonder what a great man he is, and just how much empathy he has for Shafi and the rest of Pakistan.

Boast about all of your potential victims

Zafar’s social service didn’t just end with a clip of him crying. In an interview with Mubashir Lucman in 2019, Zafar seemed in a particularly good mood. Instead of crying, he seemed to be having quite a ball this time. During the interview, Zafar once again denied all accusations. Only this time, he went on to boast about all the other women he has worked with and could have harassed. “Main Bollywood ki haseen khawateen keh sath, unko koi masla nahi hua. Reh jayegi mujhe..” Zafar laughed.

So Ali Zafar worked with Katrina Kaif, Taapsee Pannu and other ‘beautiful’ Bollywood actors and didn’t harass them? Damn, no wonder this man won Pride of Performance.

Who says women are the more creative gender? Looking at some of the things male artists have done after being accused of sexual harassment, they surely deserve the title. 2019 was the year when Youtuber Umer Khan, aka Ukhano, was accused by multiple women. Of course, like any noble man, Ukhano denied all allegations. But he didn’t stop there. Being the vlogger that he is, Ukhano went to the extent of creating a whole documentary to prove his innocence. In the now-deleted documentary, Ukhano also advised his fellow Pakistani men on how to deal with ‘false’ allegations of sexual harassment. Talk about being concerned about the greater good.

Blame it on your fetishes

Most of us know that Pakistani men simply do not know how to apologize. Be it their egos or lack of self-awareness, they see nothing wrong with themselves or their actions. Abdullah Qureshi, on the other hand, did apologize for his misconduct…and then went on to say that everyone has fetishes (and so his behaviour was somehow justifiable?) “I won’t blame my drunken state because it was me at the end of the day. But yes, I did have a drinking problem and I do have fetishes. But everyone has fetishes,” wrote the singer.

Be a family man

After being accused of inappropriate behaviour, Qureshi didn’t just blame it on his personal choices and fetishes. The singer also requested that he be excused because he has a family. Apparently he had discussed it with his wife and the couple was ‘happy’ so everyone else should be too. Qureshi also claimed to have put an end to his behaviour ever since he had his daughter but was accused of sliding into an 18-year-old’s DMs just a week before his apology. Guess they really don’t have a cure for fetishes.

Force a non-apology on your victim

Abdullah Qureshi isn’t the only one who apologised to his victims. After being accused of sexual harassment by journalist Ayesha Binte, Ali Noor, too, posted an apology on his Instagram. “After deeply deliberating various responses, I have come to the conclusion that the only right response is that I am truly deeply sorry. I cannot fathom your pain and only apologize once again,” wrote Noor.

The said apology was the only sensible thing to have come out of Ali Noor’s Instagram account during the last few days. Until he decided to recant it. The next day, Noor denied all allegations of sexual harassment and said he had never admitted to them in the first place. Even more so, he lashed out at Ayesha for having “the audacity to not accept my heartfelt words”. Is this why Pakistani men don’t apologize? Because if people don’t immediately start treating them like the victim, their apology serves no purpose?

It’s 2022 and if there is anything that desi men have learnt about the #MeToo movement, it is that they are the only true victims.