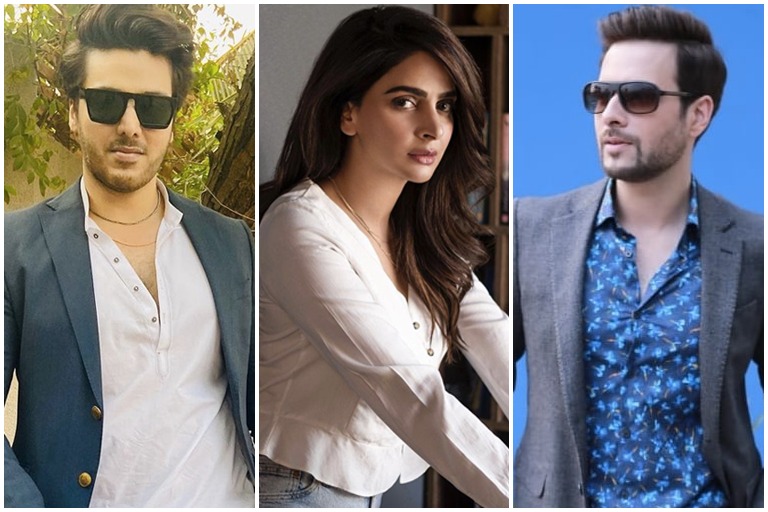 KARACHI: Saba Qamar seems to be unstoppable when it comes to work. Only recently, she dropped teasers for telefilm Hangor, web series Naina Ki Sharafat, ‘Serial Killer’ along with a music video for Asim Azhar. Definitely one who thrives in her work and likes to keep fans on their toes, Saba Qamar is now set to star in yet another project, this time a drama serial alongside Ahsan Khan and Mikaal Zulfikar. Titled ‘Fraud’, the drama is written by Zanjabeel Asim Shah while Saqib Khan will serve as the director. The project is being produced by iDream Productions for ARY Digital.

Saba Qamar, Ahsan Khan and Mikaal Zulfiqar last shared the screen 10 years ago for drama serial Paani Jaisa Pyar. Qamar and Khan were last seen together in Moomal Rano, a Zee5 film. Introducing Fraud to her fans, Qamar wrote on Instagram, “I believe I’m obsessed with giving the audience something they don’t see coming and Fraud is exactly like that Insha Allah- already in love with my character.”

Mikaal Zulfiqar, too, dropped an intriguing note for the audience which read, “Fraud meray saat ho ga? Ya mein kisse ke saat karoon ga? Yeh to waqt batae ga!” (Is someone going to deceive me? Or am I going to deceive someone? Time will tell!).

It will be interesting to see which genre drama serial Fraud belongs to. While the title suggests mystery and drama, Qamar and Zulfiqar’s captions also have the audience intrigued about their characters and the storyline. With all three leads being strong actors, the script ought to be equally powerful as well in order for it to do justice to the cast.