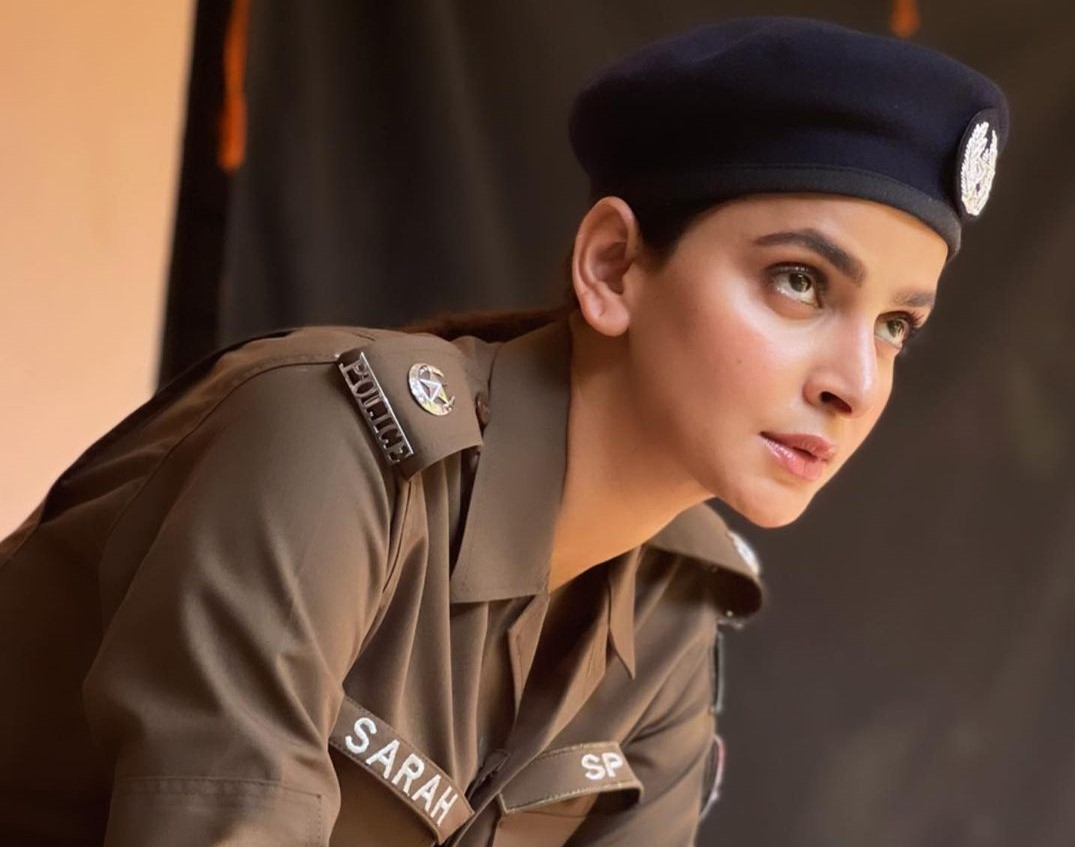 Saba Qamar recently hinted towards a number of projects in which she will be starring. From dramas to films, the actor seems to be doing it all. Only recently, she dropped the first glimpse of yet another drama. Posing in a police uniform, Qamar shared the title of her next drama, Serial Killer, which has been written by Umera Ahmed. As the title suggests, Qamar might be playing the role of a police officer who is firm on tracking down a serial killer. More details of the project are yet to be announced but safe to say, watching Qamar rule the screen as a police officer will be a treat.

Last week, Sonya Hussyn revealed her next role. In what seems to be a drama, Hussyn promised to be playing the role of SP Sara Sikandar and representing the strength of female police officers. Given that this project has also been penned by Umera Ahmed, we wonder if Sonya Hussyn and Saba Qamar have been sharing pictures from the same set. Either way, the two powerhouses will surely bring their A-game in their respective roles and rule our screens once again.

Perhaps the most awaited telefilm of the year, Aik Hai Nigar is finally set to air on October 23 on ARY Digital. In the film, Mahira Khan plays the role of Lieutenant General Nigar Johar, Pakistan Army’s first female Three-star General. Khan has also co-produced the film with Nina Kashif while Umera Ahmed has provided the script.

Women of steel in Sinf-e-Aahan

If there is one Pakistani drama that promised to include strong female characters from the very beginning, it was Sinf-e-Aahan. Telling the story of five women of steel, the first look of the drama came through in the form of Sajal Aly and Kubra Khan donning army uniforms. It is no secret that the storyline will be based around female cadets and their struggles. The female cast has, in fact, been undergoing strenuous training to do complete justice to their characters. While some of our favourite women continue to shoot and train for the serial, we are eagerly waiting for the drama to announce a release date.