The web series has been created for the OTT platform Urduflix 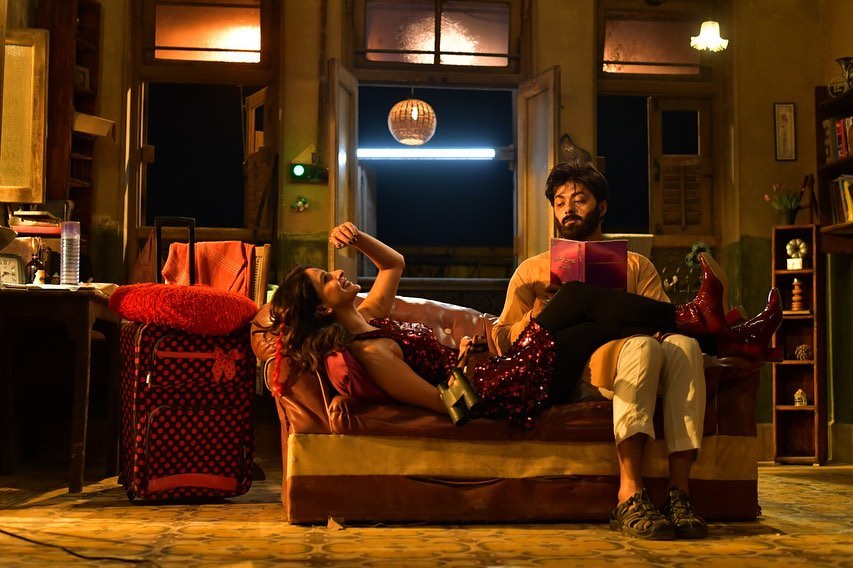 KARACHI: After keeping audiences intrigued with her list of upcoming projects that include shows and films, Saba Qamar has finally shared the first look of her project with OTT platform Urduflix. Naina Ki Sharafat is a web series that Qamar signed with Urduflix back in August earlier this year.

The web series has been directed by Saqib Khan while Farhan Gauher is the executive producer. From the title of the show, it looks like Saba Qamar will be playing the role of Naina. In the pictures shared by the actor, we see her character dressed in a pink sequined dress and matching boots. In a corner stands a small suitcase with a neck pillow, hinting towards Naina just having arrived from or on her way to a trip.

We also see Ahmad Hassan in the frame. However, he looks unrecognizable with the beard and messy hair. While his character’s relationship with Naina is unknown, the two are clearly very different from one another. Naina looks excited, bubbly and mischievous in the first look while Hassan’s character clearly looks annoyed over the fact that he cannot enjoy his book in peace.

Another familiar face spotted in a BTS video shared by the team earlier is Saleem Mairaj. Naina Ki Sharafat seems to be a romantic-comedy, a show that is lighthearted and enjoyable.

Saba Qamar also has more serious roles in the pipeline, specially with her upcoming shows like Serial Killer in which she plays the role of a police officer. Qamar is also set to star in ARY Digital’s telefilm, Hangor.