Comment: What do Azaan Sami Khan and pawri girl Dananeer have in common?

Sajal Aly and Yumna Zaidi seem to have the answers 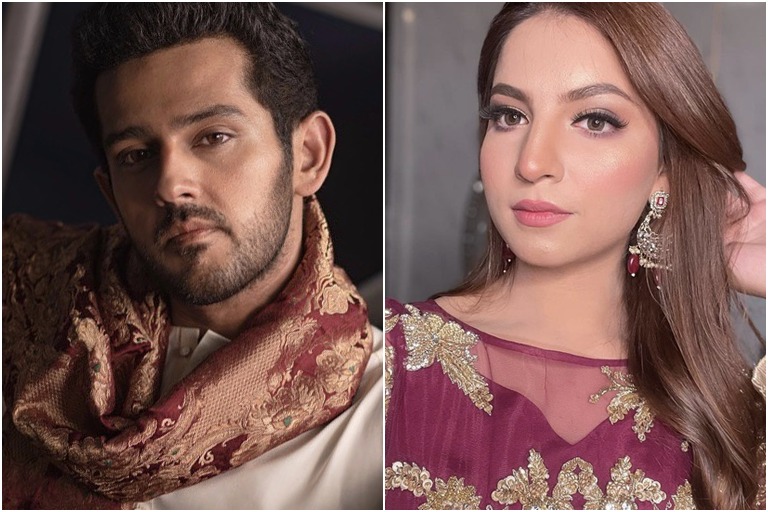 KARACHI: Truth be told, the entertainment industry was one of the quickest to bounce back from the restrictions placed because of COVID-19. As the spread of the virus slowed down, artists, musicians, actors, producers, directors, models jumped into fifth gear and churned out some brilliant work. Local television also saw some brilliant performances by debut actors. While we’re all for giving new talent a chance, two names make no sense when scrolling through the list of actors to have joined the industry in 2021. Azaan Sami Khan and Dananeer Mobeen, both, have landed themselves one drama each and if you are as confused as we are, we would suggest you keep reading.

In early February, Pakistanis woke up to a video of a girl imitating the way ‘burgers’ behave when they visit Northern areas. Soon, the clip was being played on every smart phone, all social media platforms and even television. Next thing we know, the ‘pawri’ video was being recreated across the border by the likes of Shahid Kapoor, Ranveer Singh, Karan Johar and many more. Within days, Dananeer Mobeen went from a girl not many people knew to a social media personality with more than 1 million Instagram followers.

While the entire subcontinent was having a ‘pawri’, Dananeer Mobeen was busy signing deals with Peshawar Zalmi, endorsing major brands and hanging out with local celebrities. The pawri girl seemed to have become a celebrity overnight. But what had she done? What was so unique about Dananeer’s meme to have brought her the fame and success that it did?

The story doesn’t end here. Just when we thought the hype for Dananeer Mobeen had begun to die down, we heard about her acting debut, and the drama or her role was not going to be an ordinary or unimportant one. Dananeer was set to play one of the women of steel in Sinf-e-Aahan, alongside some of the best actors from the industry. Somehow, Dananeer had landed herself a project with Yumna Zaidi, Sajal Aly, Syra Yousuf, Ramsha Khan and Kubra Khan without having any acting experience.

This is not to say that Dananeer does a poor job with her character, Sidra Batool. In the little that we have seen of her on screen so far, she has done a decent job. The claim is not that Dananeer is a bad actor, the question is how did she manage to sign such a big project without any prior experience? Were there auditions for her role? Or did her social media fame make it worth it for team Sinf-e-Aahan to take a risk with her?

Speaking of risks, Yumna Zaidi and Sajal Aly seem to be in a particularly experimental mood these days. Two of the biggest actors our industry currently takes pride in, Zaidi and Aly are starring together not just in Sinf-e-Aahan but also Ishq-e-Laa. Another common factor between the two projects is that the former also takes a major risk with one of its lead actors. One would think that if Zaidi and Aly were finally coming together for a project, the male lead would be an equally good performer. No one could have guessed that the role would be played by Azaan Sami Khan.

A singer and musician, Azaan Sami Khan is not a name that we have not heard of before. The artist went from simply producing music to releasing his own album this year. He collaborated with A-listers like Mahira Khan for his songs, which were quite frankly, not his best work. But how did Khan suddenly decide to become an actor? And how was his debut role alongside two of Pakistan’s best actors?

Did the team behind Ishq-e-Laa truly want to give a newcomer a chance or did Khan simply have the access to land himself a prominent role without any prior experience? With 7 episodes out, the musician-turned-actor can barely be commended for his performance as Azlaan. Not only is his character an entitled, extremely privileged man, Khan just does not seem to have what it takes to impress audiences. Acting opposite Sajal Aly and Yumna Zaidi is no easy task so maybe the team should have opted for someone more experienced and suitable for the role.

So what Dananeer Mobeen and Azaan Sami Khan seem to have in common is that both of them entered the world of acting in 2021, and their introductions were no subtle ones. Both of them landed projects alongside two of the biggest Pakistani actors without having any history of acting. Is our drama industry really so generous and experimental that they would star amateurs in major projects, or is this a privilege only the likes of Dananeer and Khan enjoy? Would Sajal Aly and Yumna Zaidi have signed Ishq-e-Laa had the male lead been a nobody with minimal acting skills? Why has no one picked up on the fact that Dananeer can sing pretty well? Or is her talent restricted to being a fair-skinned, pretty girl who looks good on camera?

Is nepotism in Bollywood inevitable or enabled?