Is nepotism in Bollywood inevitable or enabled?

As Sushmita Sen's daughter makes her acting debut and the late Irrfan Khan's son hopes for one, the conversation becomes relevant - once again 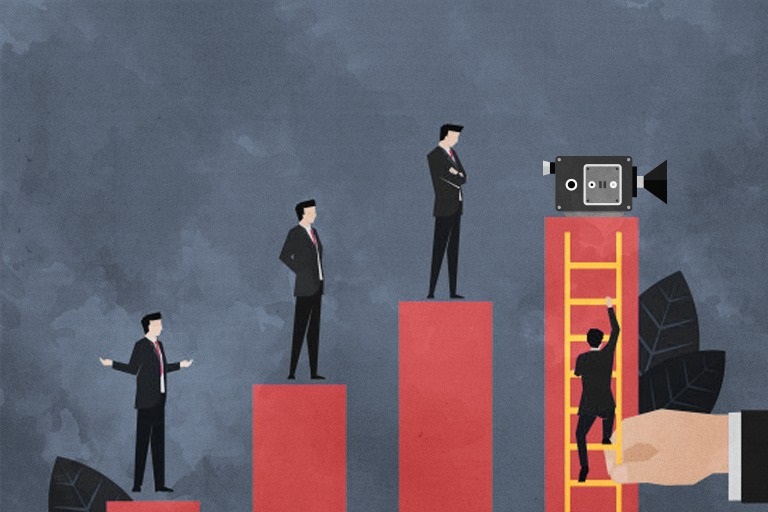 KARACHI: Nepotism has been a hot topic in recent times. The issue came to the limelight long ago, however, a greater conversation was pushed forward following the death of Sushant Singh Rajput. Here is what has been happening lately: Children of former/current Bollywood celebrities get accused of nepotism – the justification that follows is that they can not avoid the privilege granted to them because of their parents – the debate continues.

In recent news, Late Irrfan Khan’s son Babil has been fastening his seatbelt before he lands on the big screen. Currently studying film in London, Babil’s recent post on Instagram got fans intrigued about his future as an actor. The post was a picture of the cover page of Actors on Acting, signed by his late father, Irrfan Khan.

“I am already in the field of acting when I will appear in a film is the question. Once I have graduated around May, I will start looking into offers,” he replied to one of the comments under his post

The larger issue with nepotism so far has been the uninterrupted access it grants to certain individuals for merely being born to celebrity parents. A number of these “Nepo-kids” haven’t even finished school or studied acting. While a few of these very kids have outdone themselves, such as Ranbir Kapoor, Alia Bhatt, Hrithik Roshan, Farhan Akhtar, and Zoya Akhtar, the issue remains that their easy way to the industry has often resulted in fewer opportunities available for those who have the talent but not the access into the industry.

These “outsiders” also do not get as many chances to prove themselves as “Nepo-kids” do. Often, after one or two critical or commercial failures, they are shown their way out. The same is not true for actors who come from privileged backgrounds, who are given numerous opportunities over and over again until either they give up themselves, or finally learn to be good actors.

However, it must be noted that it is near impossible for children of celebrities to avoid the privilege they are born with. They simply cannot change the fate of being born into a household that had the resources they needed to enter the industry. So where exactly do we draw the line? And how can nepotism, something that has become pretty much unavoidable in both our industry and Bollywood, be dealt with?

Recently, Sushmita Sen’s daughter Renee made a short film debut with Suttabaazi. In the film, she plays the character of Diya, a social media sensation who secretly smokes. The film explores her family life and Diya trying to hide her smoking habits. In an interview with NDTV, the newcomer stated that she is aware of the privilege she holds. “I am aware of how privileged I am. I know there are lakhs of people coming to Mumbai to become actors. I don’t want to boast but being Sushmita Sen’s daughter has been the biggest privilege. So, the biggest disservice I will do if I am dishonest to my work,” she said.

“My mother always says that you must be deserving and you cannot just take someone’s place because you are my daughter. If you don’t earn it, then don’t be in it. I am very lucky and I have to earn being here every day.”

Here is to hoping that all star kids enter the industry with a similar mindset and abide by it. Besides, the industry needs to create more space for one another regardless of their privilege and choose talent over surnames.