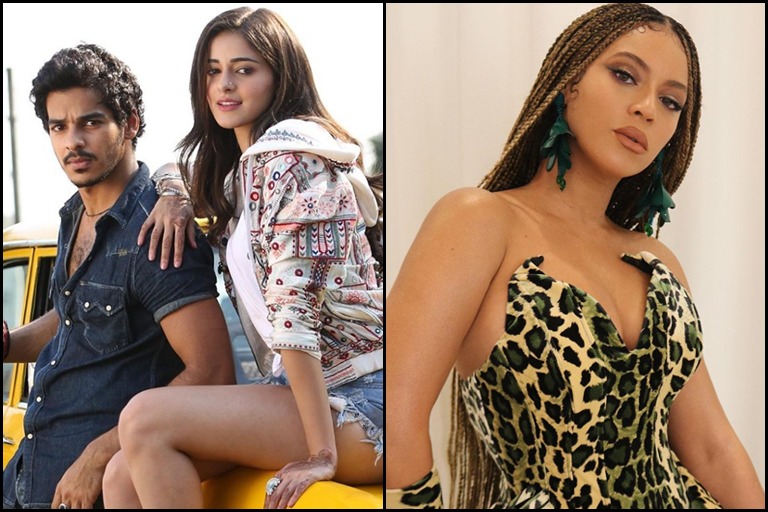 KARACHI: The trailer for Bollywood’s new film, Khaali Peeli, came out a few months ago. Initially scheduled to release in June 2020, the movie is now set to come out on 2nd October. Only yesterday, the film’s item song, Beyonce Sharma Jayegi hit social media and well…we are all ashamed. Starring Ananya Panday and Ishaan Khatter, the song struggles to be a success, specially with its problematic lyrics.

Written by Kumar and Raj Shekhar, the lyrics go ‘tujhe dekh ke goriya, Beyonce sharma jayegi’ (Oh fair skinned lady, you outshine Beyonce). The why to that statement has left many confused. Why is Beyonce ashamed again? Because she is not a fair-skinned woman like Panday? Or is it because the choreographers thought that Beyonce could not possibly pull off the dance routine of the song (which is not great to begin with)?

The team behind Beyonce Sharma Jayegi seems to have forgotten how entirely confident Queen Bey is in her brown skin. In fact, the singer has been working towards making others feel comfortable in their own skin with the release of Brown Skin Girl.

These Bollywood Industry now is literally out of sense. Think twice before saying something.Where @Beyonce 💗is fighting for the racism and making it normalised and these videos lyrics saying (Beyoncé Sharma jayegi) such a stupidest meaning of song ever heard#BeyonceSharmaJayegi pic.twitter.com/w7rEeo9KzM

Bollywood does not always make the wisest decisions and Beyonce Sharma Jayegi seems to be just another ill-planned move. The fact that both, Panday and Khatter, are star kids is also hard to overlook. While people like Nawazuddin Siddiqui are not bothered by nepotism, some of us definitely are. Specially when the actors fail to deliver quality content. Perhaps the only thing working in favour of Beyonce Sharma Jayegi is its visuals.

Twitter, as usual, did not miss a chance to hold the creators of the song accountable and apologized to Beyonce. But who we feel even worse for is Beyonce’s translator. How are they ever going to translate the meaning of the song when its purpose is lost to even those who understand Hindi?

If someone tried to compliment me by saying "Beyonce sharma jayegi" I would never see the person again.

Bollywood u never miss a chance to ashamed us🙏
What the hell is this?
Racism and colourism in the song and no one will oppose this now those bwood hypocrites!

But on the other hand they also support Black lives matters 🤦🤦 Seriously?

beyoncé honey , we are so sorry 🥴 pic.twitter.com/abS5MShFth