Beyonce’s powerful ‘Brown Skin Girl’ anthem is up on YouTube 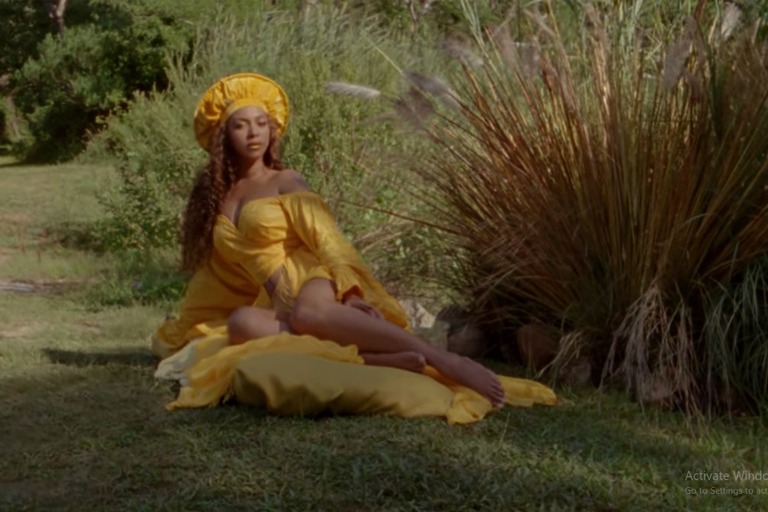 KARACHI: The heartening video for Beyonce’s song ‘Brown Skin Girl’ from her visual album Black is King is finally up on YouTube.

The video track was previously viewed on Disney+ when the 85-minute album Black Is King dropped last month,  Blue Ivy Carter singing Brown skin girl / Your skin just like pearls / The best thing in the world / Never trade you for anybody else stirred women of colour around the globe. In 2019, appearing on The Lion King: The Gift song inspired a celebratory #BrownSkinGirlChallenge on Twitter where brown skin girls of all ages posted selfies and pictures, embracing their unique, ravishing skin.

One of the greatest joys of my life is being a grandma to these two brown-skinned girls. Thank you @Beyonce for celebrating us and for the reminder of just how beautiful we are. #BrownSkinGirlChallenge pic.twitter.com/FLDVXtSQwM

On Monday, n a brief statement to Good Morning America about the video, Beyonce said, “It was so important to me in ‘Brown Skin Girl’ that we represented all different shades of brown. We wanted every character to be shot in a regal light . It was important that we are all in this together and we’re all celebrating each other.”

Based on the music from The Lion King: The Gift (the soundtrack to the 2019 remake of The Lion King), it marks Beyoncé’s third visual album, following 2013’s Beyoncé and 2016’s Lemonade. The video included black women who are albino and darker women from South Asia, highlighting that the effects of colorism are not limited to the black community.

It was the director, Jenn Nkiru’s idea’s to promote black debutantes in the video. “My greatest inspiration comes from black people, specifically black women.” She told GMA. Nkiru breaks the conventional cinematography rules, as all the stars appeared in a series of beautiful settings and outfits.  According to CNN, the vibrant scenes in the entire album were shot over a course of year, in multiple locations, including New York, Los Angeles, South Africa, West Africa, London and Belgium.

India’s richest man flies in Beyonce for his daughter’s wedding. Here’s how Twitter is reacting