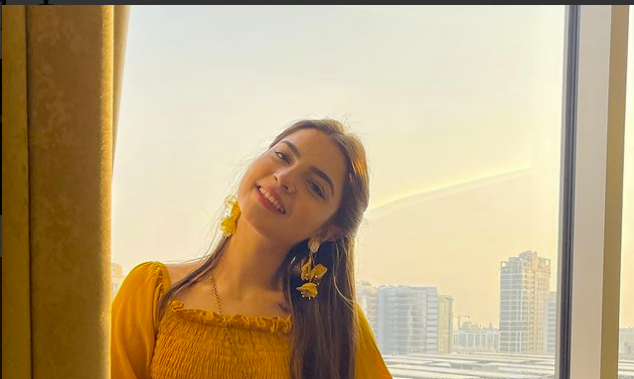 It was instant fame for Dananeer when she posted her ‘Pawri Horahi Hai‘ clip on social media. People all across Pakistan and even India made their versions of her catchphrase and she became a household name. From merchandise to wedding dances, there was no escaping the pawri. However, despite the fame, Dananeer had said that it was unlikely that she would venture into acting. In an interview with Nida Yasir on her morning show, the young influencer revealed that it would be difficult getting permission from her family to act in a drama.

Comment: Why is the entire subcontinent having a ‘pawri’? 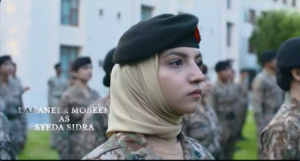 However, it seems it wasn’t as difficult as she assumed. Dananeer, who has been dubbed as the “Pawri Girl”, is all set to make her acting debut as Sidra in Sinf-e-Ahan. Produced by the ISPR, written by Umera Ahmed and directed by Nadeem Baig, the new female centric drama boasts an incredible cast. Dananeer will be sharing the screen with industry powerhouses Sajal Aly, Kubra Khan, Ramsha Khan, Yuma Zaidi and Syra Yousuf who are the main leads of Sinf-e-Ahan. Some sources claim that Dananeer’s father will also be making a cameo in the drama.

However, Dananeer will have to prove herself in the drama because many are questioning the choice to cast her in the drama alongside the more experienced cast. 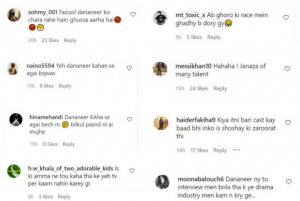 Set to release on 27th November, fans cannot wait to see what Sinf-e-Ahan has in store for them.

Hania Aamir and Momin Saqib to star together soon