Sinf-e-Ahan promises to be beacon of hope for women

With the women of steel ready to grace our screens from November 27, here is what we love about the show so far 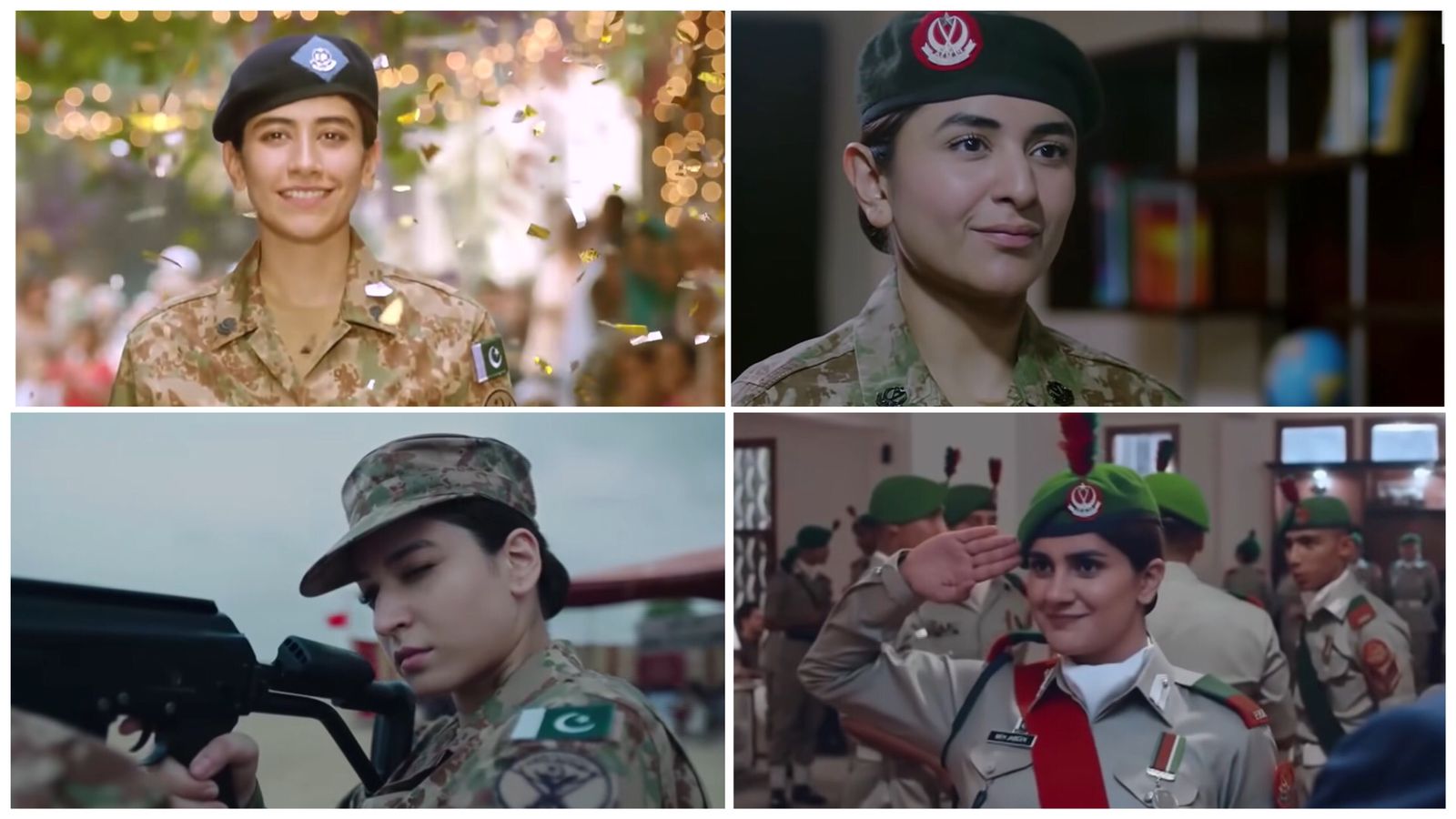 KARACHI: With drama serial Sinf-e-Ahan creating hype for the last few weeks, the team finally released its official trailer which does not disappoint at all. Prior to the trailer, audiences had also been introduced to each of the female leads in six different teasers. It might sound like the team has given most of the plot away with the various teasers but the beauty of the show lies in the fact that we’re still excited to watch it go on air on November 27.

It is obvious that the story is about six women who wish to join the Pakistan Army and overcome various hurdles along the way. What makes Sinf-e-Ahan intriguing for audiences is that all six women in the trailer come from different backgrounds, and we’re not just talking about socio-economic status. Ramsha Khan plays the role of Pariwesh Jamal, who belongs to a small town in Balochistan but has big dreams. Khan’s Balochi accent stands out from her previous performances and offers a new layer to her as an actor.

Yumna Zaidi already looks promising in her portrayal of Shahista Khanzada, a Pathan woman. Zaidi not only nails the accent but comes across as a cheerful yet headstrong woman with a range of emotions and expressions. Syra Yousuf’s return to the small screen as Arzoo Daniel, a Christian girl from Lahore, is also bound to have viewers intrigued. Yousuf’s character looks just as soft-spoken as the actor herself but we know that behind that innocence is a woman who knows how to stand up for herself.

While Sajal Aly’s character, Rabia Safeer, is yet to show more depth once the drama goes on air, Kubra Khan might just be on the verge of playing yet another privileged woman who is not good enough for her family. Mahjabeen Mastan comes from a dysfunctional family and listens to her mother tell her how she can never make it to the army, just like Mashal from Hum Kahan Ke Sachay Thay was underestimated by hers. Of course, the two characters meet very different fates as is obvious from the trailer of Sinf-e-Ahan but it makes one wonder if Khan is on her way towards being typecast.

The trailer also gives us an insight into the male actors. Usman Mukhtar plays Sajal Aly’s brother while Asad Siddiqui and Ali Rehman play Syra Yousuf and Kubra Khan’s love interests respectively. A brief moment between Asim Azhar and Sajal Aly also hints towards a potential connection between their characters. Sheheryar Munawar, on the other hand, is also an army official, a role that he has not performed before.

Sinf-e-Ahan is clearly a drama written for women by a woman. While the storyline does pave the way for male protagonists, it looks as if Umera Ahmed finally put male characters on the back burner. Not every man in the show is present to play a love interest and even those who do pursue women like Arzoo Daniel are not put on a pedestal. Instead, these women realize their worth and choose to focus on their passion rather than wait for a man who is not ready to commit.

To say that viewers have high expectations from Sinf-e-Ahan would not be an overstatement. Not only does the show have a splendid cast, it also promises to offer a break from the otherwise passive female characters we see on TV. While telefilms and web series take up women-led narratives now and then, mainstream television is yet to define women as strong, ambitious humans who can and do take charge of their lives.

Women in the army is a completely unexplored topic altogether, specially since the profession is vastly associated with the opposite sex. If Sinf-e-Ahan manages to meet audience expectations, local television might just be able to end the year on a high.